They Call Me a Literary Slut

I am best known as a writer of comic crime capers, and in particular The Goddaughter series (Orca Books).  However, I also have a second life as an author of racy fantasy…the sort of thing that has been called “OUTLANDER meets Sex and the City.”

This has gotten me the rep of being labeled a 'literary slut,' in that I 'write around' in a lot of genres.

Why?  Why would a moderately respectable crime author swap genres and write a wacky time travel series, set in Arizona and Alternate-world Great Britain?

1.  I like Arizona.  Especially in winter.  You can fly nonstop there from Toronto.
(Whoops – delete, delete.  Of course, the real reason for using Arizona is I believe in accuracy of setting and doing research, which I take great pains to do once each year in February.)


2.  I like Great Britain.  And I like to be accurate.  But you can’t travel to medieval Great Britain right
now, at least not on WestJet. (WHY doesn’t someone invent a cheap time travel airline?)  So I can’t be accurate, which bugs me a lot.  But I can be silly, which is almost as good.  Hence, Alt-world.


3.  My cousin Tony’s family, the Clegg-Hills, used to own a Norman castle in Shropshire.  Unfortunately it burned down in 1556.  Damned careless of them.  I had to make up what it would look like from family stories, which are probably dubious at best, and vaguely criminal, on reflection.  Also, I hate being sued. Hence, Alt-world.


5.  Okay, I lied.  The serious whodunit turned into a wacky mob comedy series that has won a Derringer and an Arthur.  Still no respect from the Can-Lit crowd.  So I might as well go back to writing wacky time travel.

Why?  ‘Cause it’s a hell of a lot of fun being a literary slut.

Are you a literary slut?  Confession time!  If you write in more than one genre, let us know in the comments.

Flash Update: The Land's End Trilogy featured in this blog started charting on Amazon this week, and on Thursday made the overall Amazon Top 100 Bestseller list, at no. #47!  Author is faint~

Land's End Trilogy ("OUTLANDER meets SEX AND THE CITY" Vine review) is on sale for a ridiculous 99cents this weekend!  If you were ever curious about her 'other life'...'nuf said. 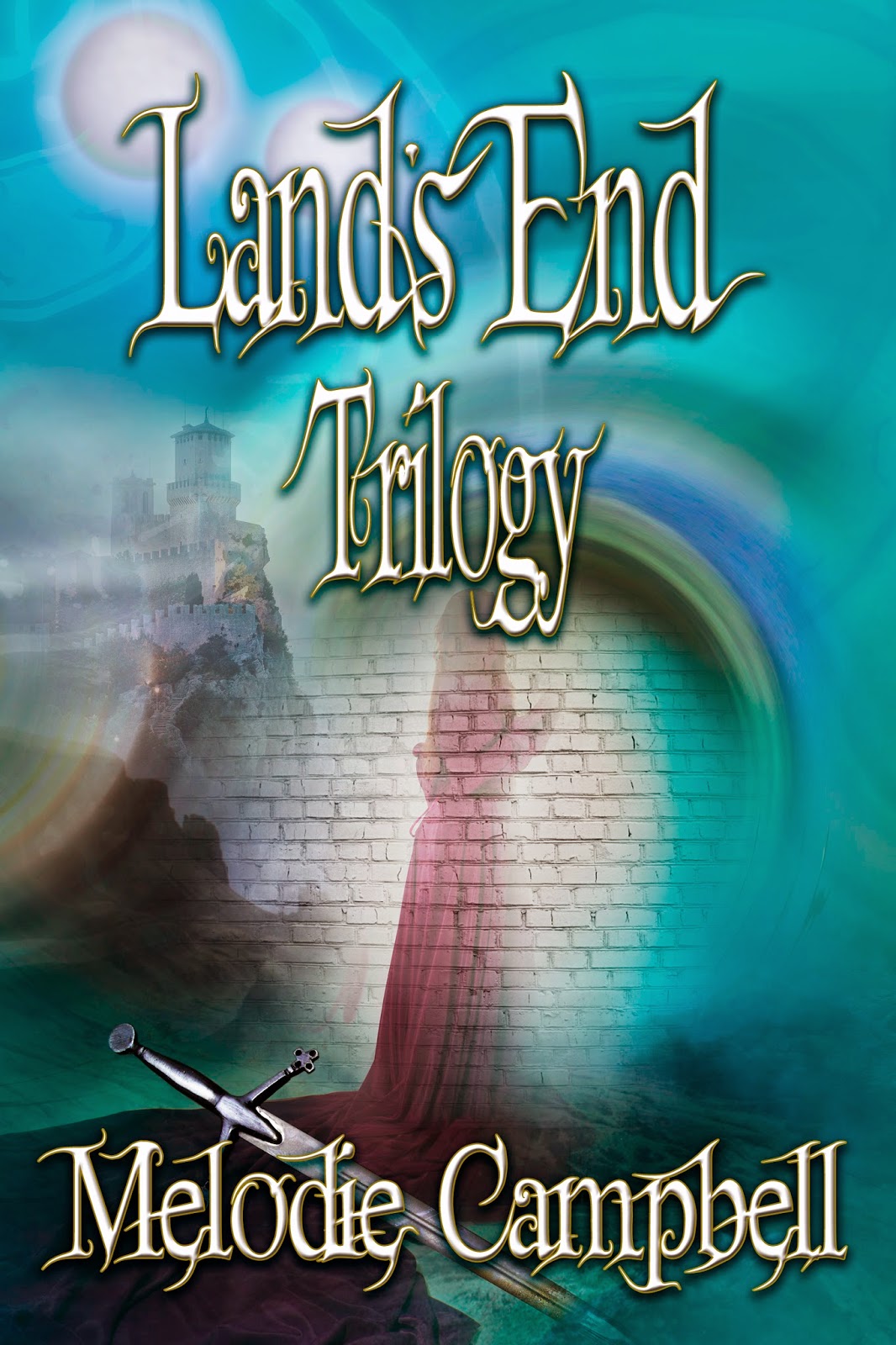