My brain ran away with a book I was using for research, the other day, and I haven't seen it since then.

My latest novel manuscript had come back from another agent.  I had been stuck in the doldrums for several weeks, not able to turn out very much that pleased me.  And, I had this nagging feeling that there was a problem in that novel manuscript, staring me in the face, which I couldn't fix because I couldn't see it.

As I often do, in such cases, I read a book I'd enjoyed years ago.  And, to my joy, it unlocked an idea in my brain.  Almost at once, I felt I'd identified the problem in my manuscript.  And, within a short time, I was fixing things.  Once I had them straightened out, I sent the thing off to a new agent, but have yet to hear back.

Meanwhile, a book I'd been looking for, to conduct research for another novel idea, arrived in my mail box.  That's the book my brain ran away with.  Because that book -- though others may not find it as wonderful as I do -- just reached inside my chest, scooped up my heart and soul, and took flight with them. 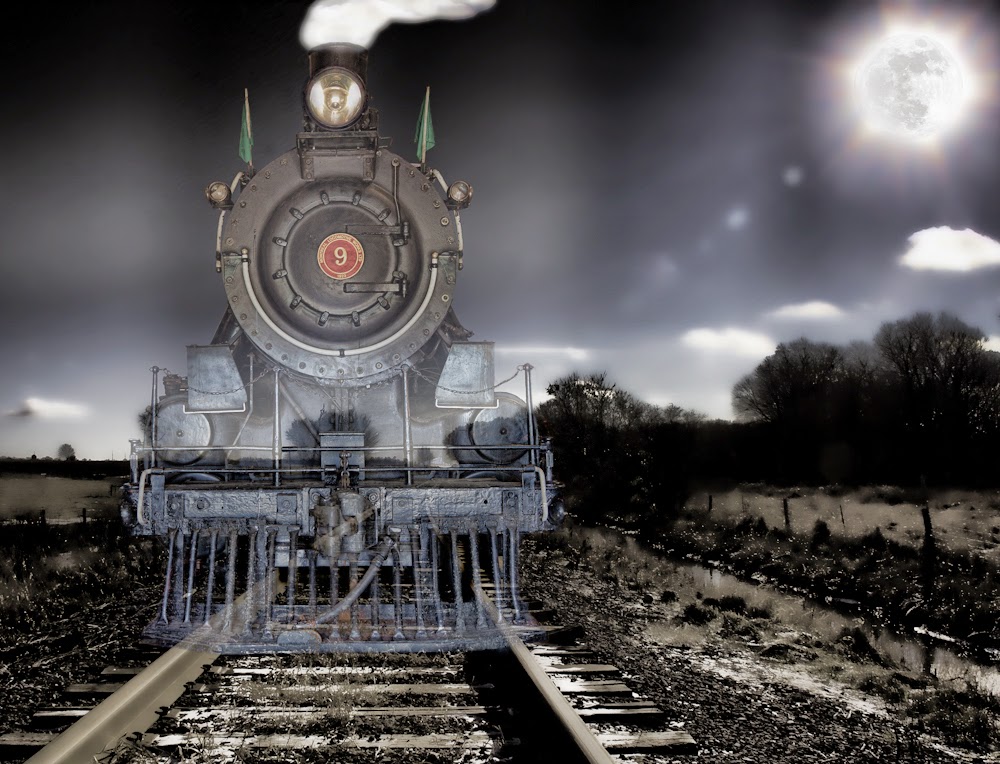 So now, my brain is off gallivanting, just where I wanted it to go, flying around the late-1930's Pacific Ocean in what was then nearly a state-of-the-art aircraft.  My fingers, consequently, have been dancing joyfully (but professionally, I assure you) over the keyboard.  And, a work I've long been dying to write has begun to take shape.  To grow and develop a personality all its own -- a key indicator that my ghostly little writing train is roaring down the right track.

Some of you, reading this, know already what I'm talking about.  Because you helped me get my hands on the book in question.  I owe you a large debt of gratitude, and I don't want you to think I'm going to ignore that.  Or you.  But . . . I haven't had time, or the requisite brain (Remember: it's off with the book, in Fiction Land, and it's not answering my calls or letters at the moment.) to properly compile the NON-fiction story of how this came to fruition.  That post will come, but I can't write it now.  I simply don't have the faculties.

Instead, I'm blogging, today, about a conundrum I face whenever I work on a longer manuscript: The Question of Sales.

It's always hard to convince myself that I'm not wasting my time when I work on a novel-length piece, because I know it will be that much harder to sell.  And I don't see myself as being very good at selling longer manuscripts.

I'm good at selling cigars.
So, why can't I seem to sell a novel?

I sell short stories fairly well.
So, why can't I sell a novel?

I'm undaunted at having landed a part-time job, in which I'm supposed to sell windshield repairs and windshield wipers.
So, why do I feel so "daunted," when it comes to selling a novel?

There are some obvious physical reasons, I suppose.  After all, I don't need an agent to sell cigars, short stories or windshields.  But, an agent certainly seems to help when it comes to novel sales.

Unfortunately, I don't seem to be selling anything to any agents.  At least, not yet . . . though the theory of the sale seems as if it should be similar.  I mean: when I sell cigars, I don't really sell "cigars."  I sell the "love of cigars" to people.  I tell them a story, and let them fall in love with the thing I love: a good cigar.

Selling a short story, I do my best to get my cover letter out of the way fast -- and let my love for the story sell itself to the acquisitions editor, when s/he reads the story.  I always figure the best way to sell a short story is just to let it sell itself.  It doesn't really need me muddying up the waters, if I've raised it right.

And yet, I haven't landed an agent.  I've begun to think that maybe what's missing is some personal touch.  I don't mean something stupid: like writing letters on purple paper, or sending flowers to an agent.

Instead, I've been sitting in a class for much of the last week, that focused on selling those windshields and wipers.  And that has me realizing just how much my tonal inflections are involved, when I start selling.  I've never been a big believer in writer's conferences, where writers pitch manuscripts at agents or editors.  But, this has me wondering if that might not be such a bad idea.

And, I'd like your advice on this, dear reader.  Because many of you are much-published novelists.  Do you think a pitch conference makes sense?  Or is it really just a big waste of money?

Anybody can give me their take on it, too.  Don't have to have gotten a novel published, to give me your two cents on this thing.  I'm just interested in what folks think.  I'll be tied up for much of the day, but my brain has promised that it will fly in for comments in the Arizona afternoon.