by Stephen Ross
by Raymond Chandler 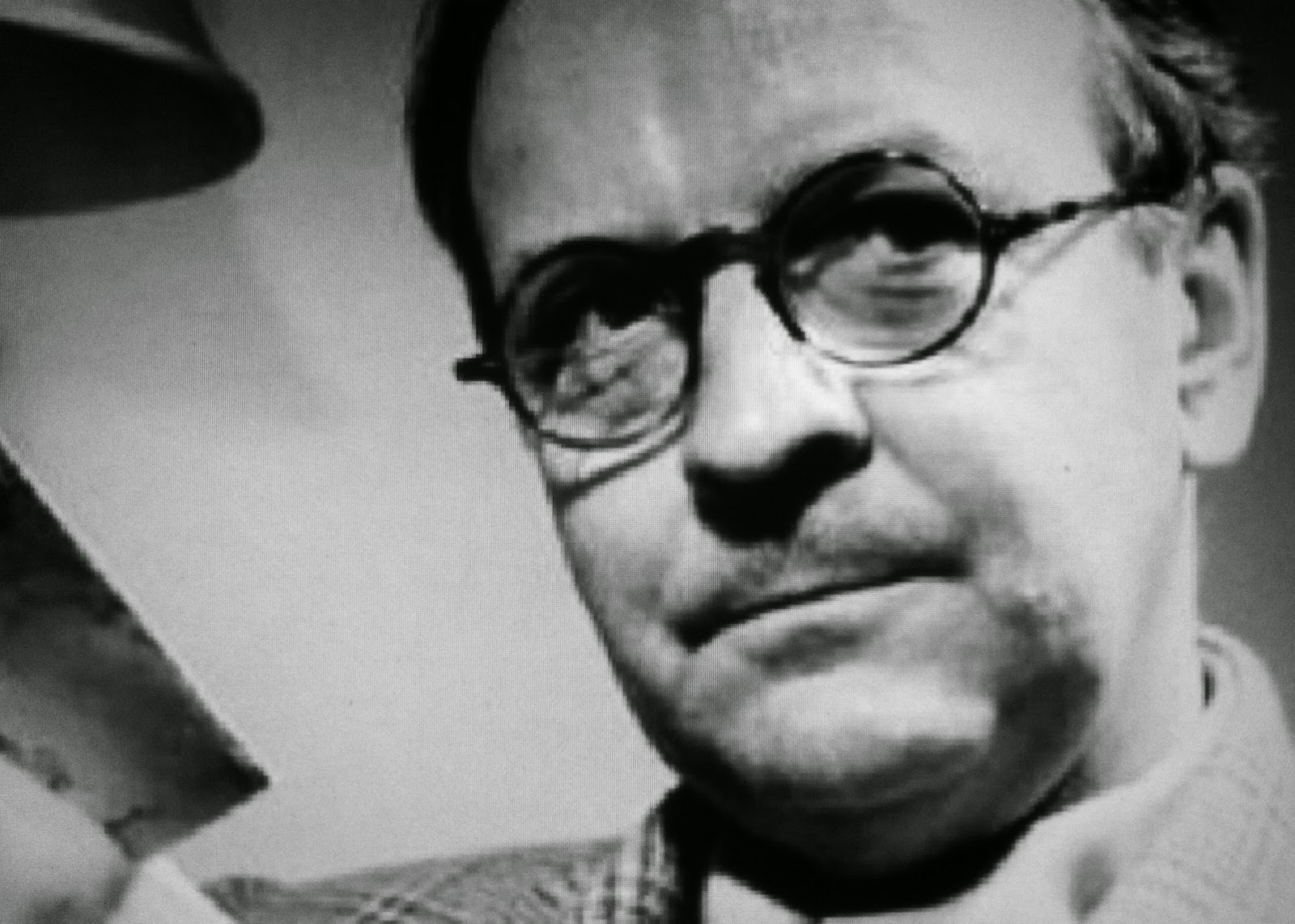 You probably didn't expect to read an entry from me in this slot. I'm in New Zealand house-sitting for the kid (Stephen Ross); he's gone on vacation to work on his book. I suspect he's really gone on vacation to catch up on his reading; he's a prince among procrastinators, and there's a gap on the bookshelf where his collection of Perry Mason mysteries used to reside.

The kid asked me look after his house, feed his cat, and ghost write this blog entry. I have no interest in being a ghost, and blog is not a word to inspire confidence; it has a connotation best left to outhouses. I offered to write him a journal entry. He said, "Call it what you like, dude." The kid is under the misapprehension I am a cowboy.

There's no cash remuneration involved. He's left me with the run of his house, a full refrigerator, access to the Internet, WiFi, satellite television, and a Kindle. I'm not entirely sure what a Kindle is supposed to do, but it's convenient as a tray for my cup of coffee.

I may be of antique vintage, but I don't shy away from technology. I owned one of the first television sets in my building and on the block. The old woman in the neighboring apartment thought it was the work of the devil. She left bibles outside my door. The kid has a television set. It has the dimensions of a pool table and is about as thick as a paperback. For three days, I thought it was a room divider. I also invented Google, apparently.

So, what can I say? It's January and the weather is summer, which is strange to my Northern Hemisphere sensibilities. I'm sitting here at the kid's desk in a Hawaiian shirt and a pair of Bermuda shorts. My socks are English (they're plain and polite). The electric fan that's oscillating nearby came from Korea. The kid's desk was made in Canada, and he bought it in Germany. I suppose the carpet came from the Moon. 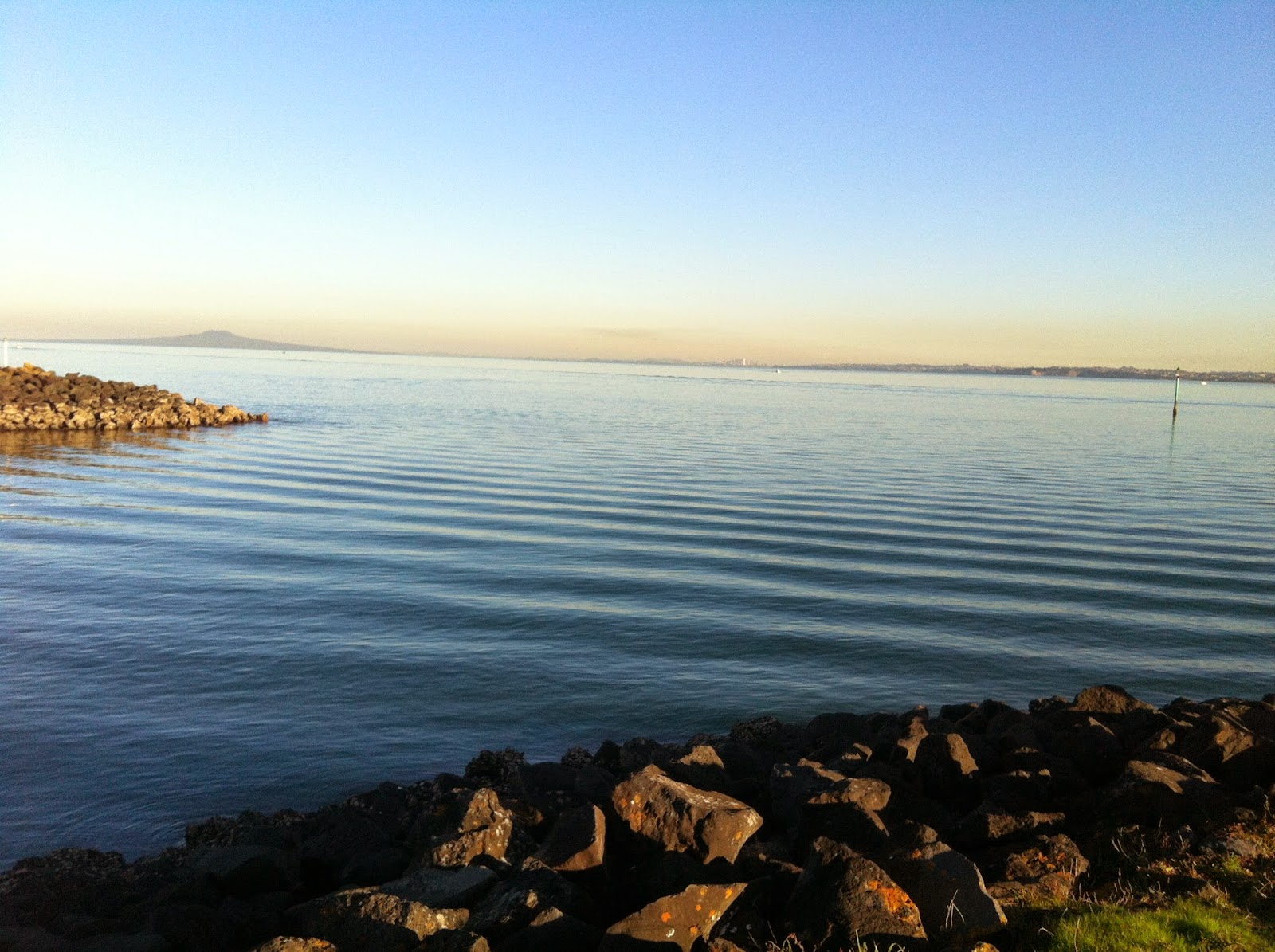 The kid's house is in Whangaparaoa; a peninsula that juts out like a finger, pointing across the Pacific at North America. I'm about 25 miles north of Auckland, which is the country's largest city (pop 1.3 million), and until 1865 the country's capital (until they relocated the government down to Wellington, at the request of Sir Peter Jackson). Do I like the Lord of The Rings and the Hobbit movies? No. I'd rather watch cloud formations.

New Zealand is located at the foot of the Pacific Ocean, and it's so damp, it may as well lie at the bottom of the Pacific Ocean. It has a population of 4.5 million and a climate that I would describe as peculiar, as in you'd walk on the other side of the street to avoid talking to it. I'm sitting here in the heat and humidity of the sub tropics and in winter you can go snow skiing.

New Zealand is so far south (by the way, only Australians are ever truly considered "downunder") that the southern city of Christchurch is the last gas station before Antarctica (Scott, Shackleton, and every scientist currently down there now has swung by at some point).

I can hear the cat scratching at the front door.

For the life of me, I don't know how to pronounce Whangaparaoa correctly, and any word that requires five "a"s to get about its task of being a word is plainly asking for trouble. According to Starchild, the waitress at the Pacific Bar (about a block from the kid's house), Whangaparaoa is a Maori word and it translates as "bay of whales". This may be correct, as I'm sure I heard the echoing sound of one in the distance yesterday morning. They used to hunt whales in this country. A couple of hundred years ago, there were a handful of whaling stations dotted along the country's coastline, worked chiefly by British, Scots, Irish, Scandinavian, and North American whaling teams. These impromptu towns were the original "Hellholes of the Pacific"; cheap rum, prostitution, and absolutely no law whatsoever. Shoot a man dead and he'd lie in the street until someone downwind got fed up enough to move him.

According to Starchild, whales are now a protected species (it's a jail-able offence to kill one), and anyone who tries to hunt one down within 200 nautical miles of the New Zealand coastline will in turn be hunted down by the Royal New Zealand Navy (and their harpoons have fancier names... like torpedo).

I just went and fed the cat (it's the late afternoon). The cat didn't seem remotely interested in the bowl of colorful kitten nibbles I laid out for it. It had a quizzical look and held its paw up, as though it was requesting a menu, and it seemed miffed there was none. I have no idea if cats are a protected species in this country, but I do know that we human people should be a protected species from them.

The kid's cat is a feisty little furred creature that shifts the doormat each day, leaves fur balls on the pavement leading up to the door, and is considering a life of crime, as most cats are. You can tell by the eyes. Go look at your cat and it'll show you its innocent eyes; its ain't I as adorably cute as a button eyes. Slip a couple of drops of catnip into its milk and it'll lose that veneer. Then you'll see the other face: The 3 a.m. face, when it drops its guard and truly reveals how it feels. It's going to kill something: a mouse, an insect, a bird... maybe even you.

Cats are one of the few animals that kill for the hell of it. Humans are the other one. Most animals kill for survival or out of fear. A cat will dispatch a mouse with as little thought as Lucky Luciano. It'll even leave the body on your doorstep as a "present", which is its thinly veiled way of saying: "You could be next."

Charles Darwin was the first to observe it: Cats don't have opposable thumbs. That's why they can't open doors or load hand guns. If they had them, my name would be "Fluffy Chandler" and we human people would all be in the cat pampering business. Wait a minute... 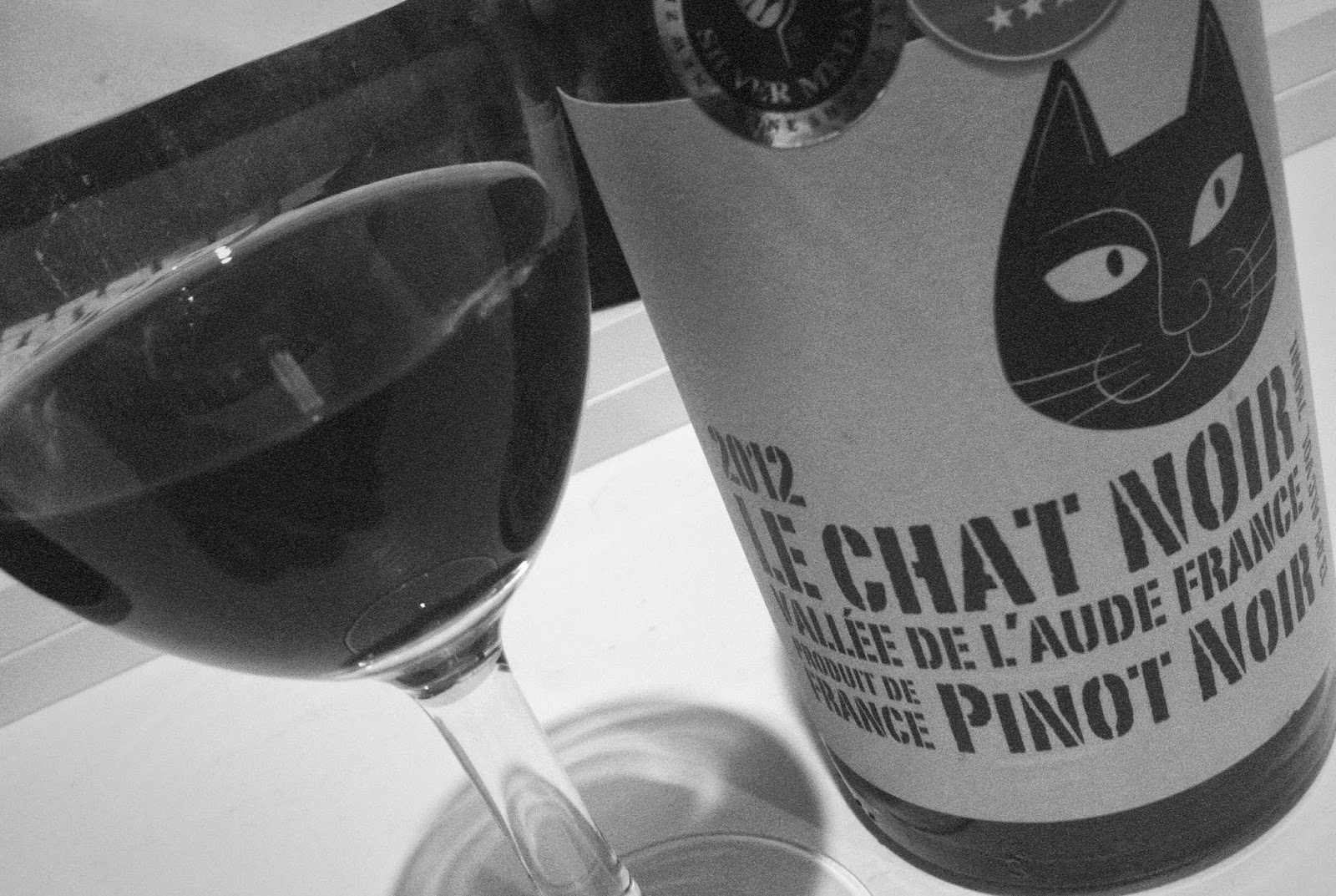 It's now about 11 in the evening, and I'm sitting here with a glass of wine and am quietly contemplating names. The kid left me the key to his liquor cabinet, but the only thing in it was a half-drunk bottle of Le Chat Noir. My New Year resolution for 2015, by the way, was to quit drinking. This has become my traditional way of starting a new year.

Why is this little country at the foot of the world named "New Zealand"? Where's the old Zealand? Does everyone here have a lot of Zeal? I made a long arm for the kid's bookshelf and his encyclopedia. According to what I read:

The first European to sight the country was the Dutch navigator Abel Tasman (in 1642). He named the country Niew Zeeland, after the Dutch province of Zeeland. He didn't stick around. After making landfall, four members of his crew were killed by a local Maori tribe. Tasman named the place it happened "Murderer's Bay". He never came back, but he is remembered: the stretch of water between New Zealand and Australia is named the Tasman Sea.

In 1769 (126 years later), the British Admiralty dispatched Captain James Cook down to the bottom of the Pacific (to look for the mythical Great Southern Continent), and he rediscovered Tasman's New Zealand (the anglicized spelling of the Dutch). Cook circumnavigated the country and drew the first map. He discovered that New Zealand was a long country (about 500 miles) and principally divided into two islands: the North Island and the South Island; with a land mass equivalent to the United Kingdom or Japan.

Around this time, the French had a serious sniff of New Zealand, and at least one Spanish and Portuguese expedition took respective peeks. The reason the kid speaks English today can be attributed to the British Admiralty -- they sent Cook back on several more expeditions, and firmly established the notion that if any colonial power was going to shove a flag into the turf, it was going to be the British. Oui. 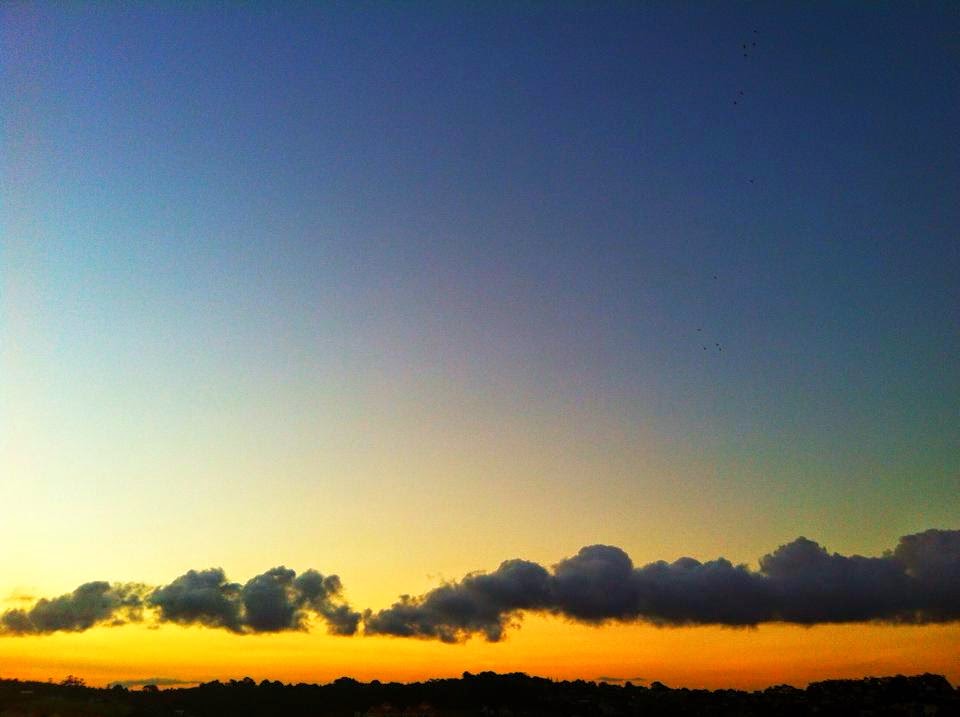 The Maori people didn't have a flag, and their name for the country was "Aotearoa" -- a name largely ignored by the Pakeha (Gringos) until the mid 20th century. Today, the kid's passport bears both names. Like the European settlers, the Maori also sailed to New Zealand, arriving around AD 750 (they were part of the great Polynesian migration that populated all the islands of the Pacific). According to Starchild, Aotearoa translates roughly as "land of the long white cloud".

And at least the Maori people had a bit more imagination when it came to naming things (North Island, South Island, FFS!? to use the modern vernacular). And the country would have been better known as the land of the long goodbye, given how long it would have taken to sail to the bottom of the world in those days, and the lack of certainty you'd ever arrive there in the end. The breath of the wind is not the most reliable of ways to travel.

Starchild told me a joke: A man tells a woman if she marries him, he'll take her to the end of the world. She marries him. He drives her to Invercargill.

The kid left the following note for inclusion in this journal entry.

Many thanks to Raymond for ghostwriting this blog entry for me. I seem to have so many writing tasks on my list of things to do at the moment, it's crazy! I will be back as soon as my workload lightens up a bit. Thanks to all of you! You guys are the best! Be seeing you soon...

https://www.facebook.com/stephen.ross.author
Posted by Stephen Ross at 00:01