I wrote a post about Alan Turing and breaking the wartime ENIGMA codes awhile back — 22-May-2013 — and knowing the story, or pieces of it, I wanted to see THE IMITATION GAME, a big-ticket movie version of what happened.

The picture's taken some static, in certain quarters, for fudging the details. But any screenplay based on the historical record is going to take liberties, and compress the narrative. I'm not as interested in what they left out as I am in what they got right. 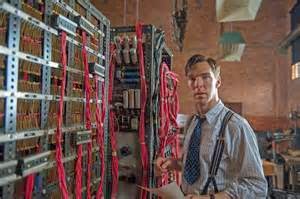 For openers, the mechanics of code-breaking. The process is over-simplified, and dumbed down a little (and Turing himself is credited with the breakthrough that was a team effort), but the basic elements are coherent, the odds against success, how they did it, and most importantly, why it was so vital to the war effort. All you really need to know are the lineaments of the Enigma machine, the rotors ticking over with each character typed in, and how the Bletchley team defeated it. (Spoiler alert - Turing and his guys do crack the ENIGMA cipher.) Over and above, the nuts and bolts might be compelling to somebody like me, with my technical background, but they're unnecessary for a general audience. What counts are the reasons behind it, the unsustainable loss of life and tonnage in the North Atlantic, and the all too real danger that Britain could be beaten by Hitler.

There is, of course, exaggeration for dramatic effect. I somehow doubt that the Charles Dance character would be so obstructive, for instance. It's a false conflict. And the counterintelligence effort, 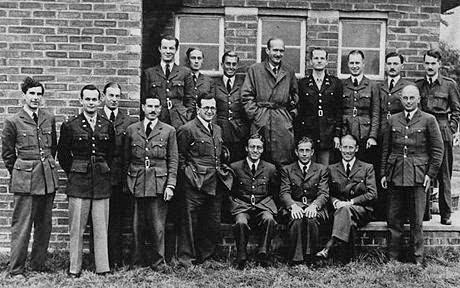 personalized by Sir Stewart Menzies of MI6, is, if not contrived, kind of a blunt instrument. Menzies was an old hand at both spy-running and spy-catching. (Mark Strong, who plays Menzies, walks away with Best Suit.) I'm not sure, either, that I buy into the way John Cairncross is characterized. Cairncross, later in life, was exposed as the Fifth Man in the Cambridge Ring - Kim Philby's network - but at Bletchley, so far as anybody knows, he flew under the radar. Taken as a whole, though, none of these things hurt the movie. 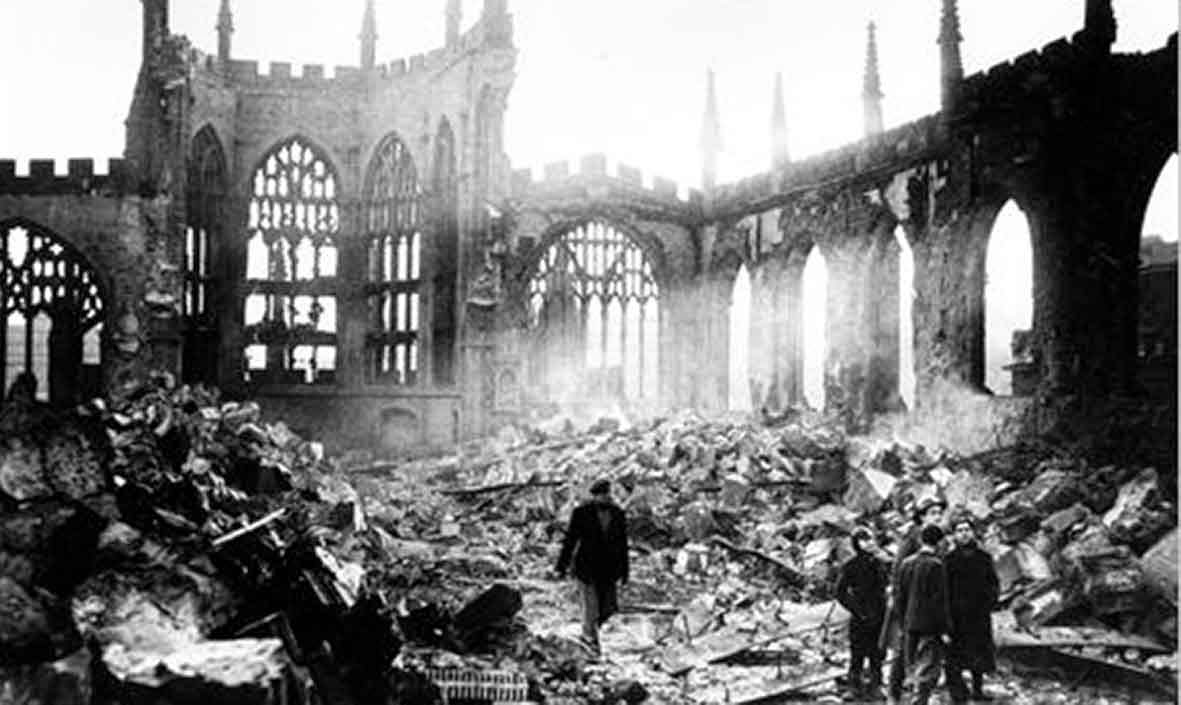 There's only one incident in the picture I have issues with. After the U-boat codes are broken, there's a scene in Hut 3 where they've mapped out the German naval deployments in the Atlantic, and one of the wolfpacks is on an intercept course for a Brit convoy. But they can't be warned, Turing argues. It would give us away. If the convoy changes course, to get away from the submarines, the Germans will know we're reading their encrypted traffic. Fair enough, as a theatrical device, but this is pure invention. It's based on the discredited urban legend that Churchill, reading the ENIGMA decrypts, knew in advance that the Luftwaffe had targeted Coventry for a bombing raid, but couldn't allow the city to be evacuated, because he had to protect the intelligence source. (This is second cousin to the claim that Franklin Roosevelt knew about the Pearl Harbor attack ahead of time, and allowed it to happen to get America into the war.)

Easy to find fault. Some of the specifics in THE IMITATION GAME aren't entirely accurate, and some of the characters are composites. Any story is a leap of faith, the willing suspension of disbelief. I think, at bottom, the movie's true to itself in a larger sense, that it hits the right notes, the rapture of discovery, the 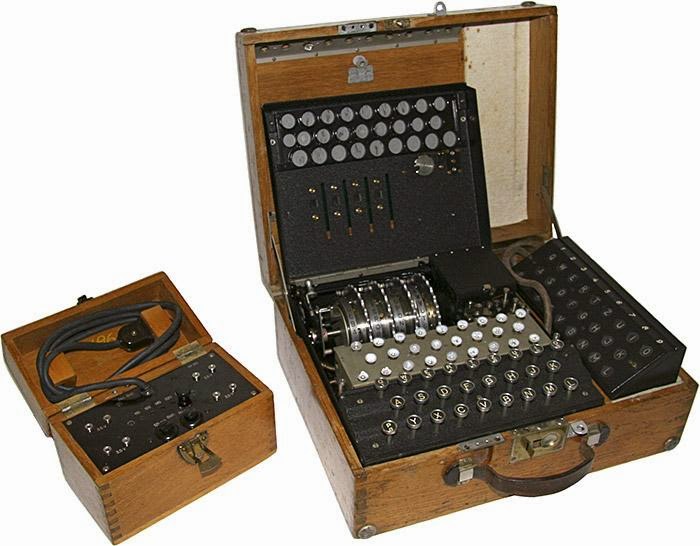 burden of concealment, the collision of accident, a fated meeting, a glancing blow, something seen imperfectly in our peripheral vision. It's about secrets, hidden, suffocatingly claustrophobic. An interior world, closeted and protective. Authentic enough, for my money. Does it matter whether it's all true to the facts? Not if it convinces us.

Very interesting post. I find the whole code-breaking world fascinating (was a math junkie at university.) Looking forward to the movie now. Thank you!

I love your perspective on this David. Thanks for the review. I look forward to seeing the film now.

It sounds really good - and I've got it on my Netflix queue. I agree there are always historical inaccuracies, and most I can put up with (but don't get me started on "The Last Samurai"). I also find it fascinating how willing people are to believe that the government (any government) would be willing to sacrifice whole cities in order to preserve security. Or maybe I'm being naive...

I think you make a great point, David. One I probably overlook too often, in much of my own work. I think I'm often too preoccupied with making sure I've got details correct, instead of just letting go a bit, and trusting to the reader's imagination.

David's earlier post (linked to above) contains a mock-up of the Enigma machine as well as a link to a simulator that runs on Macintoshes.

Leo Marks writes about the competition to Bletchley Park in his fascinating first-hand account in Between Silk and Cyanide. When you finish, take a look at 84 Charing Cross Road.