I was contemplating articles for today such as this disarming but hairy crime story in the wonderful city of Boise, Idaho when this came across my desk:


It was a scene right out of a Hollywood movie. On August 21, 2010, after more than a month of planning, teams from the Orange County Sheriff’s Office descended on multiple target locations. They blocked the entrances and exits to the parking lots so no one could leave and no one could enter. With some team members dressed in ballistic vests and masks, and with guns drawn, the deputies rushed into their target destinations, handcuffed the stunned occupants—and demanded to see their barbers’ licenses.

This isn't a script or even a novel. It's from this week's 11th Circuit Court decision right here in Florida. I reported this incident four years ago in Criminal Brief when a masked SWAT team with guns drawn raided six Orlando barbershops to reinspect licenses inspected two days earlier. I highly recommend reading the decision, which is educational, entertaining and a bit hair-raising.

Let down your hair and enjoy the show: 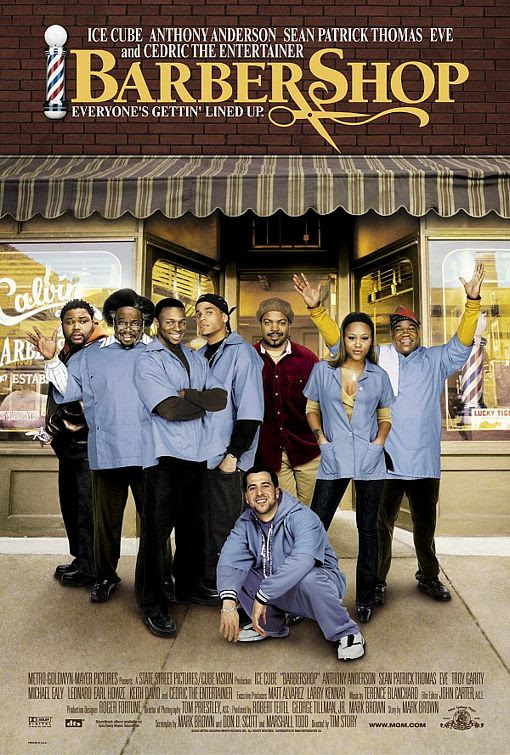 “We’ve got a big ’do in Orlando, quite a hairy situation,” said Police Captain Crimp. “Barbershops in Orlando involved in the fur trade, scalping customers, veritable beehives of criminal activity. It’s enough to make your hair curl.”
“Who’s involved?” asked Inspector Mullet.
“The Hirsute gang, Moe, Curly, and …”
“And Larry?”
“No, he's a pageboy and hasn’t had a brush with the law. It’s Shaggy Bush; he hates the fuzz.”
“Had a close shave with him. Clipped me, he did, then pelted me with abuse.”
“I knew he kept a bit on the side, but not that. You can’t afford to let your hair down around him.”
“Missed by a whisker, but that one’s got a hair trigger.”
“Hair-raising driver. He gave a hitchhiker on the berm a shave.”
“How do these clip joints operate?”
“They take a bit off the top before everyone gets their cut.”
“That’s a bald lie!”
“Relax, Mullet. It’s a shock, but sharp practice is the way they fleece customers and shave profits. Quite a payout.”
“They’re Jewish?”
“No, payout with a U. I'm ready to pull my hair out.”
“I’m sorry I bristled, but that frosts me, even with razor thin margins.”
“I dread dealing with fringe elements. We want you to beard their den. Our informant says they operate out of the Hair Moose Club.”
“Where they keep the Moose stash?”
“Yes. We learned about it from a mole.”
“These crime rings… nothing worse than a ring worm. Who else is on the barbershop case?”
“I wanted a quartet, but I sent in Harry Callahan.”
“Isn’t Dirty Hairy underarmed?”
“’Fraid so, but I want you and Tress to roll on this one.”
“Er, sir, she was killed in the last episode.”
“I forgot. Wasn't the crew cut short?”
“Yes, Al O'peesha and the whole she-bang, Tress along with them. Snippy thing she was.”
“Well, too late to upbraid her. Go with Dee Foliate and Dan Ruff, then.”
“No one likes Dan Ruff, sir. He’s a tad highbrow and a bit, well, flaky. That patch of his …”
“Sore eye is it? Don't split hairs or pick nits. He stands head and shoulders above the others.”
“The boys will queue to mop up that gang. What do you want me to do, sir?”
“Get to the root. Pull the rug from under them. Comb Main Street down by the locks where the split ends. Find Moe Hirsute and his gang. Make a clean sweep of every barbershop on the Strand and see no one dies.”
“I’d love to clap Curly in irons.”
“That gang’s a public nuisance.”
“I’m so glad Criminal Brief now uses ‘L’s, sir.”

Note: Don't expect reprints! Shortly after working on the article, the internet went out for a couple of hours, which caused a scramble cutting the news portion short. We're back on-line after that brief break and may you enjoy this reprise.
Posted by Leigh Lundin at 00:00

The opinion linked in the article (a PDF) makes interesting reading. The Circuit Court held that the organizing corporal and one of the officers could not invoke immunity from having violated Constitutional rights under the 4th Amendment (search and seizure) as well as a statute or two of Florida law governing inspections. State employees are not permitted to conduct an ordinary inspection in the form of a raid.

The court referred to two earlier cases, which included officers handcuffing employees and customers, refusing to allow them to visit restrooms, holding them at gunpoint with chambered rounds and muzzles against them, and physically shoving customers around.

What seems obvious to layman can mean something else entirely to a legal mind, but one of the judges disagreed with what seemed so clear. Among other issues, the dissenting judge insisted that all of the defendants must have knowingly violated the rights of all of the barbers for immunity to be set aside. An interesting side note to me is that some of the SWAT members were masked, that would complicate identification and making a case in court.

There seems to be a hint the defense may have suggested if the raid was illegal in the first place, then an officer should not be held liable. But as the majority pointed out, by the second raid, the officer must have known something was wrong.

I’m glad I didn’t have to visit a barbershop when I vacationed in Flordia with my two grandsons in 2012. It seems that living there can be really hairy.

The legal document to which you linked, about what happened in the barbershop "sweep" operation, is truly horrifying. Had one of the citizens involved resisted at any time, even by simply jerking his hands back in reflex when being handcuffed, it's clear he would have been killed that same instant. It should not be legal for a police officer to threaten a person by saying "It's a big book; I'm sure we can find something to charge you with." That's what we used to hear was so bad about Russia, back in the Red-scare days, is that their police officers were feared oppressors rather than people hired to protect and defend the public. And reading the document, I see now why the police in Ferguson were covering over their name badges. Any complaint apparently has to be person-specific, not agency-specific. So "the police" can act as they wish and we have no recourse except against a specific person we may or may not be able to identify as we're being told to turn around, lay down, and whatever. I don't know how we got to where we are now, but I fear for the future of our people, our communities, and our country.

Crazy stuff. On the bright side, I imagine people in FL get really great haircuts.

What is this? A puton? A raid where everyone in the area is arrested at gunpoint just to check barber's licenses? What am I missing here?

I'm a reasonably intelligent person, or so I have been told. Be that as it may, my mind reels at this. Am I alone here?

Louis, you missed it by a whisker. Very sly, my friend.

Anon, knowing a reader read the decision is gratifying. The document is shocking and certainly can’t be blamed on ‘the media’ as so often happens. Indeed, I recall a talk radio program that sided with the authorities, suggesting there was more to the story the public didn’t know. Now we know it.

“It’s a big book,” is troubling, in effect arresting someone and then searching statutes for an excuse. As you say, in these raids, some officers were in an overheated mode and lives were placed at risk. Three times DBPR organized similar raids and three times the Circuit Court said they couldn’t do that (with Judge Pryor dissenting). Knowing the raids were illegal to begin with, OCSO and DBPR conducted the raids anyway. At the end, ZERO licensing violations were found.

Peter, a charming acquaintance with a tremendous entrepreneurial spirit known as ‘Miss Liz’ lost her job as an instructor when the school she worked for closed. Starting with four sinks and hair dryers next to a restroom, she opened her own beauty school in a run-down, semi-dormant mall in Kissimmee. Over the years, she built her business and expanded, taking over a large part of the mall for classrooms, offices, workrooms, a shop, and a break room. It seems like she’s been cutting my hair for half a lifetime and I love it, even though it’s a length drive.

Herschel, we’re with you. The increased militarization of police has become a national topic, and this was one small step, an armed SWAT raid simply to check barber licenses. The country has willingly traded its civil liberties in a search for ‘security’, as elusive and illusive as that is.

On a lighter note, and no offence intended, it would appear Man has long been lock-ed in dis-tressing legal tangles on this matt-er. See Genesis 27:11

Good point, ABA. And let us not forget the tribulations of mighty Samson.

Abuses need to be exposed and reined in. Idiots like these give the rest of us a bad image.

My toes curl When talking about the developing police state in this country. Will it be permanent? I'm not one to make waves,usually. But if the citizens of this country don't stand up as a body, we will be hung out to dry. About time we get down to the root of the matter in a peaceful style and not ignore it like soft pixies or the other extreme of angry, fried split ends. It's time to unite and demand a return to democracy.

I definitely agree, RT. No matter how good cops strive for professionalism, there will be others to drag the image through the mud.

Claire, I agree. The price of liberty…