Between Aha! and the P.O.


by John Floyd
A topic that seems to come up regularly, in our local writers' group, is the differences in the way we writers choose to work, in creating and marketing our fiction.

Much has also been said at this blog, about that. Outlining vs. not outlining, writing in first person vs. third, simultaneous submissions vs. one-at-a-time, writing in past tense vs. present, literary vs, genre, self-publishing vs. traditional, and so on. And I always enjoy hearing about the quirks of famous writers: Hemingway's preference for writing while standing up, Erle Stanley Gardner dictating his stories to an assistant, Elmore Leonard writing longhand on a yellow legal pad, Eudora Welty's need to be sitting in a certain place when she wrote the end to a story, etc. Understandably, everyone has his/her own unique methods and preferences.

As for me, every short story I sell involves five steps:
I think steps 2 and 4 are the most fun, and number 2 usually takes more time than any of the others. (What can I say?--I'm an outliner, and for short stories the outlining is done in my mind, beforehand.) But for today's column I'd like to focus on steps 3 and 4, the part between the thinking and the mailing. Putting this in question form, what do you feel is the best process for creating and editing drafts? Even more specifically, should you type and/or revise onscreen, or on paper?

Here are some of the arguments I've heard.

- It can be done anywhere and anytime, at home or away, inside or out, as long as you have a pad of paper and a pen.

- Proofreading and revising should be done using a printed copy because it's easier to catch errors that way.

- Over time, reading pages onscreen can be harder on the eyes than reading printed pages.

- Typing it straight into the computer saves time because you don't have to write it twice (transcribe what you've already written on paper).

- Editing onscreen is easier than on paper: quick corrections/additions/deletions, the ability to move blocks of text around, etc.

- It's cheaper since it requires no paper and no printer ink.

I should mention here that compromise is sometimes a good thing. Maybe you'd prefer to type your rough draft onscreen, then print it out and do your proofing/edits/rewriting on the hardcopy version. Or vice versa. 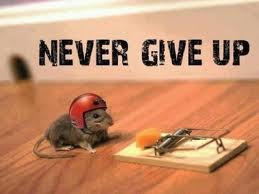 Personally, I've changed the way I do things. When I first started writing short stories for publication twenty years ago, I almost always did rough drafts in longhand in a spiral notebook, and usually while sitting in our backyard swing or in my recliner. I sometimes even did the first round of corrections on that same hardcopy, and typed it into the computer only when the story was pretty much done. It was a long, slow ordeal. Word-processing programs then did less than they do now, but I still didn't take full advantage of their capabilities.

Eventually, as the years passed, I found myself doing rough drafts on paper and then immediately typing them into the computer. I then did all my rewrites onscreen, never printing the story out until it was finished and ready to submit to a publication. NOTE: Until fairly recently, there were few markets that accepted electronic submissions; it was all done with paper, stamps, envelopes, SASEs, and trips to the P.O.

Now, an older and (hopefully) wiser writer, I seldom print out my stories at all, unless they are to be submitted via snailmail. I compose the rough draft onscreen, do all my corrections and editing onscreen, and then either submit the story via e-mail or via an online submission website like those at AHMM and EQMM. Paper is never involved, before, during, or after. 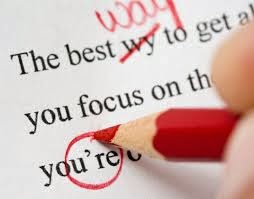 But I confess that there are still times when I prefer working with a hardcopy. For years now, I've served as a judge for a number of fiction-writing competitions, and I always ask the folks running the contests to make copies of their printed submissions and snailmail them to me for judging. Why? Because it truly is easier, and even faster, for me to read dozens of manuscripts if they're printed instead of electronic. It's just easier on my eyes. I also prefer having the students in my writing classes give me double-spaced hardcopies of their stories for critique. They're not only easier to read that way, they're easier to mark with corrections and suggestions.

I should also mention (this is a bit off the subject) that there are some writers--although I personally know only one--who edit as they go, making corrections online to everything they've written that day, so that when they're done with their story or novel, whether it's four pages long or four hundred pages long, they're done. Finished. No rewriting. I have trouble even imagining such a thing. In fact I do the exact opposite. I always write a rough (translate that as pitiful) draft of the whole project first, whether it's four pages long or four hundred pages long, and only after that draft is finished do I go back and edit it. Several times. My reasoning is that sometimes I find myself changing the plotline--or the characters, or the POV--in midstream, and if you do that, the process of editing "as you go" becomes a huge timewaster, because you wind up having to go back and change things that you previously edited and had thought were completed. Oh well--to each his own. As Robert Duvall said in a recent movie, "Am I right, or Amarillo?"

Questions for the Draft board

If you're a writer, you've been through the processes. What's your method? Do you write everything on the computer, from the get-go? Do you write drafts first in longhand and then transcribe? Do you edit offscreen, or onscreen? Does anyone do as I do, and rarely print anything out? Do you find it's easier to read a printed manuscript than to read one onscreen? Do you feel you have to use a printout to do effective editing and revisions? Do you edit as-you-go, or only afterward?

Okay, I'm done. I wish I could tell you this column required no corrections and no re-writing. I'll tell you this, though: I've not yet printed it out.