A song that I liked the first time I heard it, back in college, accompanying the opening credits of Midnight Cowboy, started out with "Everybody's talkin' at me, I don't hear a word they're sayin' . . ." Those lyrics are as appropriate now as they were then; only the circumstances are different. These days we seem to do most of our talking via e-mails, smartphones, Facebook notes, Instant Messaging, etc., and although I take part in all that as much as anyone else, I'm not sure it's always a good thing. Sometimes, like Harry Nilsson, I'm not sure I hear a word they're sayin'.

There is, of course, a reason for all those news reports about people wandering in front of cars or falling into manholes while looking down at their phones. And it's not just because folks who do that are as dumb as the trees and walls they're running into. They are simply addicted to being in nonstop touch with other people, or to being constantly entertained by some online program or service. God forbid they should be forced to nod a greeting to those they pass on the street, or to think about something on their own.

How often have you been in meetings, or at lunch, or even at family gatherings, and realized that some of the people around you have never once made eye contact wth you or anybody else there? Instead they're texting or surfing or staring in slack-jawed catatonia at their phones or tablets. Madonna could climb onto the table wearing nothing but cowboy boots and an Easter bonnet and play "Over the Rainbow" on a ukulele, and they'd never notice.

Even worse--and I realize this is nothing new--is when strangers in crowded restaurants or stores or waiting roooms carry on loud phone converstions as if others aren't within an arm's length and hearing every word. I truly hate that. I was in Kroger last week and watched the lady ahead of me check out a couple hundred bucks' worth of groceries, pay the cashier, and leave the store without once pausing her full-volume conversation or taking her phone from her ear or even looking at anyone. When I moved up to get my own items checked out, the cashier just gave me a tired look and tipped her head in the direction of the departing woman and rolled her eyes. I nodded my agreement. I'm convinced that the main reason cell phones don't have cords is so bystanders can't use them to strangle the callers.

Once again, I am not guiltless here. I try not to be rude, but I do love my gadgets, and I admit that no matter where I am, I can't resist occasionally pulling out my iPhone to check e-mail or the weather radar or the Dow Jones. I do, however, try to maintain at least some level of dignity in my life: I don't pump my arms back and forth like an idiot when I speed-walk in the neighborhood, I don't wear too-short neckties, I don't confuse "it's" with "its," and I don't use my cell phone to discuss my sore back or my crabgrass problem or my cousin's gambling debts while I'm in a crowd of people.

I confess I have strayed a bit from the topic. Phone calls, unless you're FaceTiming or Skyping or video-conferencing, are not e-talking. But e-mail and Facebook and texting are, and I'm not sure I could live without them. As for Facebook, I don't post a lot there, and I generally ignore others' posts about what they had for breakfast today or what TV show they watched last night (I don't care about that any more than they would care about hearing that from me), but I do use Facebook to announce upcoming classes or booksignings, and I like using it to stay aware of what other writers are doing and to keep in touch with otherwise inaccessible friends and classmates. And e-mail? I love it. As a writer, I think e-submissions and e-correspondence with editors/publishers makes life less difficult in a multitude of ways. I also use e-mail and text messages to stay in touch with our three children, and I fell in love with Skype and FaceTime long ago, for the same reason. 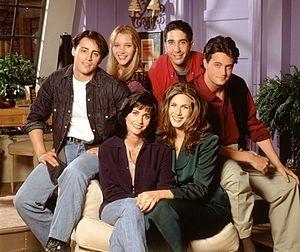 As for e-friends, I have quite a few I've never even met in real life, and some of them I feel I know pretty
well. Many include some of my colleagues at SleuthSayers and at the now-retired Criminal Brief mystery blog. When I have had a chance to eventually meet and visit with people I'd been in e-touch with--Leigh Lundin, Herschel Cozine, Liz Zelvin, Linda Landrigan, Steve Steinbock, Melodie Johnson-Howe, Barb Goffman, James Lincoln Warren, Bill Crider, Andrew Gulli, BJ Bourg, Janet Hutchings, Angela Zeman, Jim Doherty, Jeff Baker, and others--I'm usually surprised (and relieved) to find that in person they are exactly what I had expected. And I'm always amazed at how generous e-friends can be, with advice, critiques, blurbs, recommendations, etc.

One thing that does bother me (more than it probably should) is that statistics confirm that the average person now has far more e-friends than "actual" friends, and spends far more of his/her time in e-contact than in face-to-face relationships. The problem there is that I find myself wondering whether younger people are learning the interpersonal social skills that they'll need later in life. (Observe the teenagers at your next family reunion; I predict that they'll spend most of that time alone and fiddling with their phones.) But, hell, what do I know? Maybe what they'll do later in life won't require interpersonal social skills.

One thing that doesn't bother me a lot (and it probably should) is the security risk of e-friendships. Unless your new e-acquaintance is Tiffani from Bora Bora and she says it's like totally awesome to meet such an amazing guy, I think you can safely assume that most e-friends are legitimate and are who they say they are. Yes, there's always the chance that 25-year-old schoolteacher Mary Jane Tucker might turn out to be 55-year-old Darth Voldemort, currently serving eight to ten for grand larceny--but the truth is, if you're openly looking for relationships, there'll always be some risks anyway, even if the encounters are face-to-face.

What are your thoughts, about all this? Are any of you fellow e-mail devotees? (If you're writers, I suspect that you are, almost by necessity.) Do your e-friends outnumber your real-life friends? How much time do you figure you spend on your smartphone? How much would be too much? Do you share my concerns about the lessening of face-to-face social interaction? Do you check Facebook daily and use it for messaging? Do you use Twitter? (I've not yet taken that plunge.) Have you ever blundered into a tree or a lamppost while you were texting? (I've come close, but no cigar.) And my final question:

Do you always, no matter what, read the SleuthSayers blog?

This e-friend is hoping you do.
Posted by John Floyd at 00:01