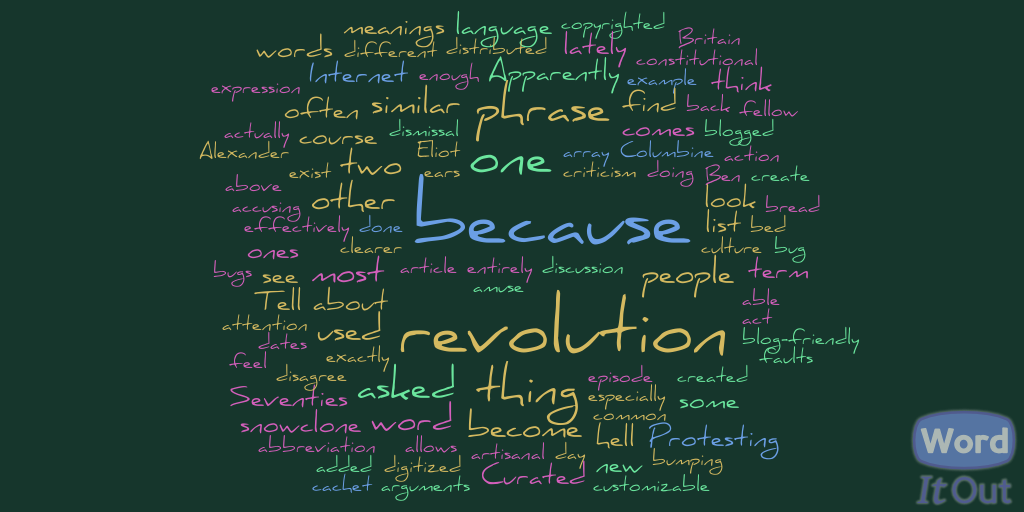 I've been jotting down words and phrases in my notebook lately, mostly uses that are new to me.  I asked a few people for language that has been bumping in their ears, and added them to my list.  Tell me what you think.

It's a thing.  One day I asked my wife "When did thing become a thing?"  Oddly enough she knew exactly what I meant.  The phrase comes up most often as "Is that a thing?" And it has two meanings: Does that exist? and Has that become popular/a trend?  Ben Yagoda was able to find it used on TV in 2001 in an episode of That Seventies Show (not meaning that It dates back to the seventies, of course).  And naturally there is a website that allows you to pontificate on whether something is a thing or not.

Because grammar.  I had a hell of a time finding an article about this, largely because I didn't know what to look for.  Or should I say "Because ignorance?"  The proper term is apparently "propositional because," and it means a blog-friendly language abbreviation, the word "because" followed by a word or short phrase.  It happens because Internet.  And because attention span.

What I couldn't find is a discussion of the way I see the expression used most often, which is as a snarky dismissal of the arguments of someone you disagree with.

Of course, some people insist that gay marriage must be forbidden, because religion.

Our opponents feel they must violate our constitutional rights to own guns, because Columbine.

I mentioned this to my son-in-law recently and he told me it was an example of a snowclone.  So...

What the hell is a snowclone?  Glad you asked.  It is a neologism created by Glen Whitman when  Geoffrey Pullam  asked for a term for "a multi-use, customizable, instantly recognizable, time-worn, quoted or misquoted phrase or sentence that can be used in an entirely open array of different jokey variants by lazy journalists and writers."

Let me see if I can make that clearer.  You take a phrase in common usage (especially one that has some pop culture cachet to it) and you substitute a word or two to create a new phrase.  I actually wrote about one here.   Remember Gil Scott-Heron's great song "The Revolution WIll Not Be Televised?"  Well, a quick look at the Internet informed me that: 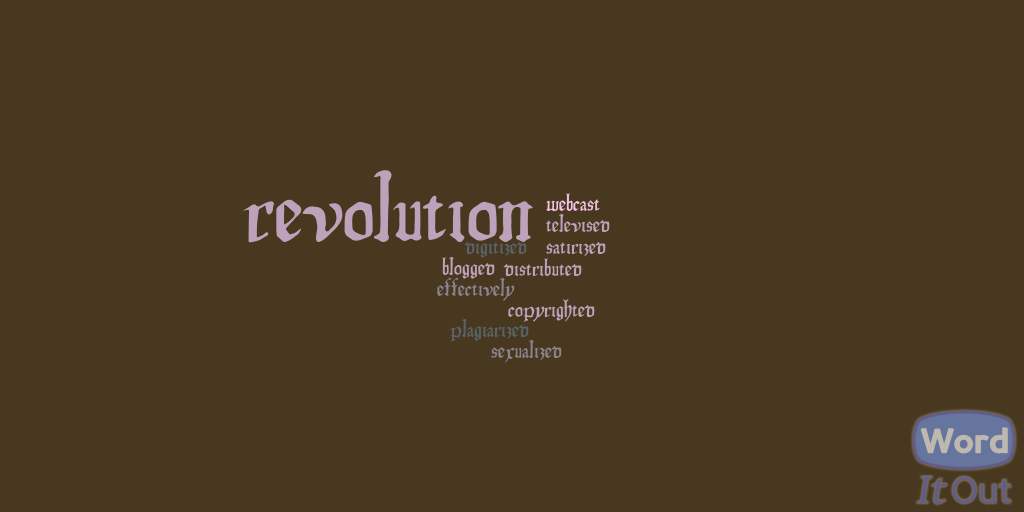 Many more but you get the idea.

Curated.  I'm pretty neutral on the ones above, but this one bugs me.  I keep running into stores whose merchandise is "curated."  It has become to furnishings what "artisanal" is to bread.

Whataboutery.  This one, on the other hand, I love.  I saw it once and immediately looked it up on the web.  Apparently it comes from Britain.  The Wiktionary gives it two related  meanings:

I'll offer a third slight variation:
3. Protesting self-centeredness; refusing to take a complaint seriously because someone somewhere has it worse.  ("There are children starving in China...")

What follows are a list of things people have been doing to ideas lately. Most of them were reported by my friend and fellow librarian, Marian Alexander. 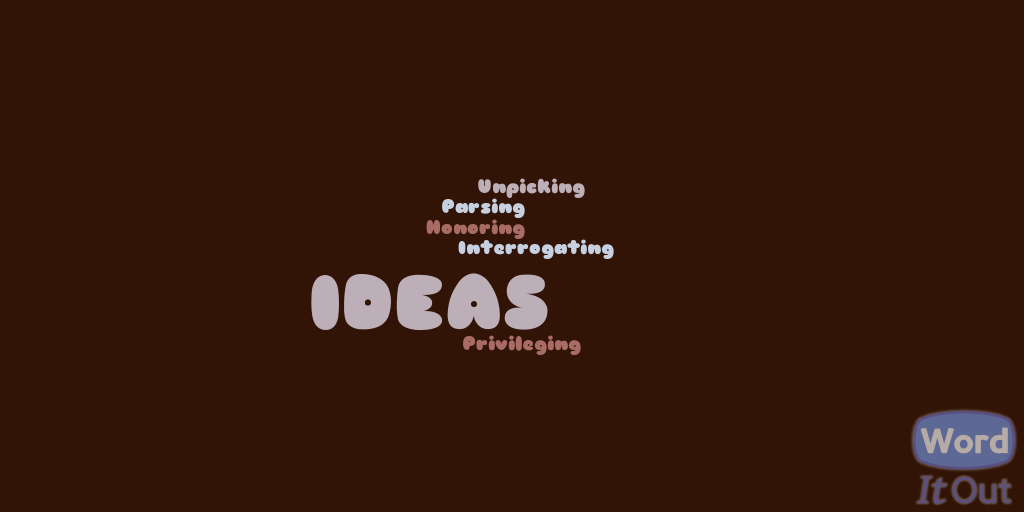 Please tell me what you think of these terms, and the other ones that bug or amuse you.  As for me, I'm done.  Because bed.
Posted by Robert Lopresti at 00:00