I’ve been reading Claire Tomalin’s biography of Charles Dickens, and I was once again struck by his emotional reaction to his characters, especially to Little Nell of The Old Curiosity Shop, a typical Victorian saintly child, whose precarious situation and dodgy health provoked transatlantic anxieties. Folks actually met British steamers at the New York docks to get the latest news of this Dickens’ heroine. 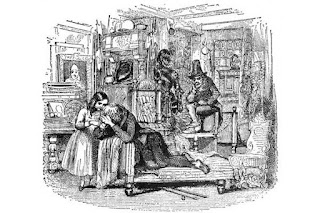 Few of us will create such emotional havoc in our readers and today the internet spills the beans via blogs or Twitter. But it got me thinking about writers’ relationships with characters, in particular, with the way that some characters just write like a dream while others resist their translation to print and even when successful represent a long, hard slog.

I can hear the amateur psychologists in the background muttering about covert self portraits and sub-conscious impulses. Frankly, I hope that’s not true, because the characters that I’ve had the most trouble with are the virtuous ones, while certain weird and wicked people just jumped off the page.

Of course, evil is stock in trade for the mystery writer. But even slightly off that homicidal reservation I’ve found that the wicked make good copy. Years ago, I wrote All the King’s Ladies, an historical novel set at the court of Louis XIV and based on the Affair of the Poisons. Two particularly heinous characters, the Abbe LeSage, a defrocked priest, Black Mass celebrant, and pedophile, and Madame Voisin, abortionist, vendor of love potions, and poisoner were among the easiest characters I’ve ever written.

I might have trouble with the King, with his various ambitious ladies, or with the celebrated Police Commissioner De La Reynie but never with LeSage or Voisin, who greeted me each morning with snappy dialogue and wholly unrepentant attitudes. Given their habits, I really think I would have found them unbearable if they hadn’t also possessed a sort of gleeful energy, which makes me think that robust vitality trumps any number of other virtues – at least on the page.

Short mystery stories are the natural habitat of such types. The short story needs punch and compression, and characters need to be sharply drawn if they are to make an impact in the handful of pages allotted to them. For this reason, I have always favored either first person narratives or single point of view for the form.

But even in mysteries, evil needs to be the seasoning, not the main dish. In All the King’s Ladies, LeSage and La Voisin were minor characters, however vital, and I only occasionally, as in The Writing Workshop about a writer’s murderous search for a sympathetic editor, write a story entirely from the point of view of a cold-blooded perpetrator.

More usually, the narrator is either an observer who only gradually realizes that his or her friend or acquaintance is up to no good or else is drawn into crime by circumstances only partly beyond control. And here, I think, personal tastes and interests do sometimes surface. I found the would-be literary writer who moonlights in fantasy novels in The Ghost Writer sympathetic because he had, like most writers, little rituals to help him get into the writing mode.

The drug dealer’s girlfriend in Star of the Silver Screen lived a totally different sort of life from mine, but she shared my taste for old movies and found a surprising hiding place within movie fantasies. On the other hand, I didn’t like the heroine of The Summer of the Strangler, though I was sympathetic to her role as editor for her philandering husband. Still, she wrote very nicely, in part because she lived in the suburban Connecticut town were I spent a quarter of a century. 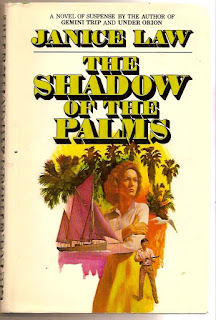 So what is my relationship with my characters? I don’t love them like Dickens, and I’ve only become fond enough of a couple to keep writing about them. Anna Peters ran to nine novels, and Madame Selina and her assistant Nip Tompkins look set for several more outings in the short story markets.

As for my relations with the rest, they are curious. Some writers create elaborate backstories for their characters and can tell you their genealogies and private histories. Not me. Maybe it’s an exaggerated respect for the privacy of imaginary beings, but I only know what they choose to reveal. Characters start talking to me and telling me things and I write them down. That’s about it.
Sometimes they tell me a lot and they wind up in a novel. Other times their visits are brief and end in fatality; they’re destined for short stories. To me, a good character has a distinctive voice, insinuating ideas, and mild obsession. Plus, a taste for gossiping – with me.
Posted by Janice Law at 00:44