Turning life into fiction: how much do you change? 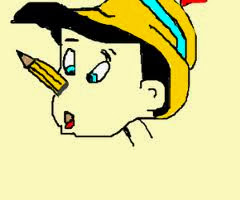 Mystery writers are constantly challenged to do a balancing act between life and fiction. We tell lies for a living, otherwise known as making stuff up. Yet we have to get all our supporting facts right. If we put a street or building in the wrong place in a real-life town or give blood, guns, or poison properties it doesn’t have, our readers scold us via email. They may even throw our books across the room.

It’s not as if we sit down and decide in advance every detail that we’re going to use. A lot of what happens in a mystery gets thought up in the heat of the moment. In fact, depending on how you think about the art of fiction, that moment could be said to take place in the author’s brain or in the character’s reaction to what’s happening in his or her world. Some of the “facts” are emotional. Say, my character’s daughter is kidnapped. I’ve never had that experience, but I can remember how it felt the time my son got lost for twenty minutes at the beach. I intuitively draw on that memory in describing how my fictional parent feels: panicky and ridden with guilt.

We all know about the standard disclaimer: all characters and events in a novel are fictitious, and any resemblance to real people is coincidental. Yeah, right. Or better, yes and no. There’s a character in my series (no, not the protagonist) who bears more than a passing resemblance to my husband. He says I stole all his one-liners, which is not quite true. He’s got some left, and I made up plenty of the snappy cracks in the books myself. But I knew people might think my character “is” my husband. So I deliberately changed a fundamental trait. I made my character very, very sweet instead of a bit of a curmudgeon. 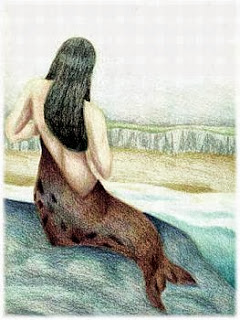 In my short story, “The Silkie,” I made my first foray into the paranormal. In this case, I had to transform not reality but fantasy to make it my own. I didn’t make up the concept of the silkie. It’s a Celtic legend. But the legend doesn’t put the silkie in a seaside town with a boardwalk and amusement park or make the creature a serial killer. I can’t tell you why or how this twist occurred to me. But I did it, and voilà—instant noir. I also made the victims (composites, not based on anyone I know) as real as real can be. That contrast, come to think of it, is the core of the genre we call urban fantasy.

What we change and how much we transform it can depend on a variety of needs, both technical and literary. Besides writing fiction, I’m a poet and songwriter. I’m a New Yorker, and when 911 happened, I wrote a song about it immediately. It helped me deal with how it felt. It also had to rhyme and scan. And I wanted the stories it told to touch people, just as I do when I write fiction.

Part of the aftermath of the attack was a remarkable openness and connection among the people in New York. We all heard each other’s stories, and my song told a few of them: the young couple who’d only been married a year, the woman who grieved for her grandmother’s quilt that she’d left in the office, why my own son didn’t go to work that day. Some I made up and tried to make ring true, like any story I write: the old man who lost his daughter, the young boy who lost his father. And one, something I experienced myself, I transformed for the sake of rhyme and scansion.

Harry’s older brother’s gone, his mom is barely hanging on
He cries as we stand patiently in line
The lady right in front of me, she pats his hand and says, “If we
Could only love each other all the time.”

Was his name really Harry? I have no idea. Were we really standing on line? No, we were in the subway, and the lady was sitting next to me. That much is fiction, but the essence of the story was true.
Posted by Elizabeth Zelvin at 00:01