I’ve been tutoring new writers in the basics. Realistic dialogue is difficult enough, not to mention outside the purview of my lessons, but I’m amazed how many writers haven’t mastered the ‘mechanics’, the essential punctuation required to make dialogue readable.

The most obvious indicators of dialogue are the quotation marks that wrap the spoken words themselves. That seems simple enough, but situations arise that flummox many students, including the simplest declarative statement plus a speech tag identifying who spoke. It’s not uncommon to see:


“Beware the Jabberwock, my son.” he said.

The fullstop (period) confuses writers when adding a speech tag naming the speaker. If the phrase ended with a question mark or exclamation mark, then all would be well:


“And has thou slain the Jabberwock?” he said.

Recognizing the end of a declarative sentence, many students want to simply add He said or he said, rather than the correct form, a comma:


“Beware the Jabberwock, my son,” he said.

Is this the party to whom I am speaking?

Roughly half of students omit commas setting off the person being addressed. This can confuse the reader and can change the meaning of the sentence:


“Beware the Jabberwock my son.”

Is the speaker implying he fathered the Jabberwocky? Consider:

This works only if Mary is the victim, not the listener. What about the following? Is the speaker referring to a former king?


“Edward I swam the English Channel.”

Always set off the person addressed with commas:

Beyond a Single Paragraph

What happens when a speaker’s dialogue breaks into uninterrupted paragraphs? The correct response is to place a quotation mark at the beginning of each paragraph, but place a closing quotation mark only after the final sentence of the last paragraph.


“Has thou slain the Jabberwock?
“Come to my arms, my beamish boy!
“O frabjous day! Callooh! Callay!”

Momentarily stepping outside the realm of dialogue, we often wish to enclose words or phrases within quote marks as I did in the first paragraph above. When a comma or period is required, many authors simply write in this form, the ‘always inside’ rule:

Other writers such as James Lincoln Warren argue that where you put the terminating punctuation depends on context and meaning, and I agree. (JLW also writes convincingly in support of the ‘Oxford comma’ indicating that its exclusion can alter the meaning of a list.)

“Everything I learned about writing, I learned from Edward Stratemeyer,” or so it seems from new writers some days.

While you can find varied speech tags in Dickens and Doyle, Stratemeyer grew notorious for using any verb other than ‘said’. To wit:

When asked why writers shouldn’t use a full, glorious array of verbs, teachers find themselves unarmed. They say “You can’t frown words, you can’t smile an answer,” and hurriedly move on to the next topic.

But there’s a better reason. Many editors and authors consider anything other than ‘said’ and perhaps ‘asked’ to be author intrusion. Instead of letting the words speak for themselves, the author inserts himself into the story to tell the reader how to interpret it. Rob Lopresti brilliantly identifies these as superfluous 'stage directions'. Many professional writers suggest readers don't 'hear' the verb 'said', that it's invisible to the eye and ear.

So it happens many students come prepared with thesauri-enhanced speech tags and they can’t believe it when instructed to slash them from their epics. “This can’t be right to replace our colorful, masterful, steroidal verbs with dull grey ‘said’?

More than one will decline, arguing “It’s just my style. I can’t change my style.” Fair enough, but don’t be surprised if your style might not be your publisher’s.

Here’s a little puzzle from ESLCarissa passed on from Post Secret. Jot your solution in the comments section! 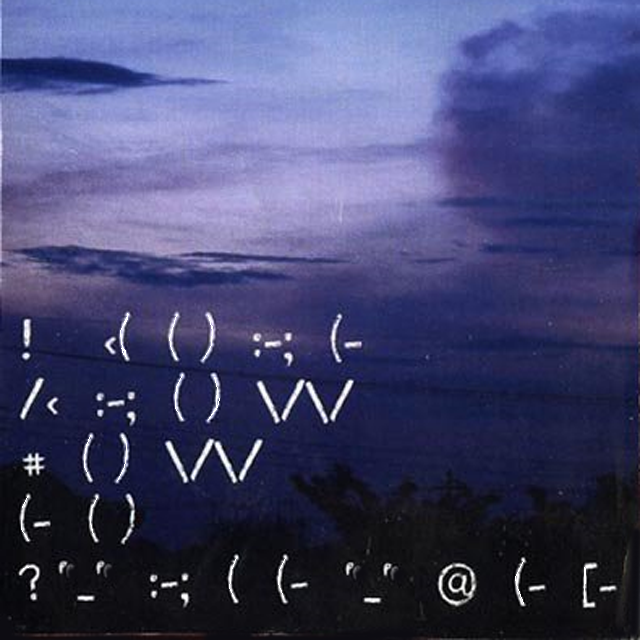