First of all, thank you, Fran, for a great idea for a column!  Fran wrote on Monday a blog called "What's Lit Got To Do With It" -  http://www.sleuthsayers.org/2013/12/whats-lit-got-to-do-with-it.html - in which she unveiled her new Callie Parrish novel, which is great, and I can hardly wait to read it.  But something she said - "it's not the Great American Novel..." - triggered a whole range of responses in me, beginning with,

WHY do we always say that?  (Except of course, for those who think they have written the GAN, and all I can say is, God bless you and just keep moving on.  Nothing to see here.  Nothing to do with you.)  Really, I have heard this rap - "well, thanks, but it's not the Great American Novel" - from all sorts of mystery writers, fantasy writers, romance writers, sci-fi writers...  And here's my response:

(1) Most "literary" novels, most "great" novels, are depressing.  I know this because I have read a lot of them.  They are mostly about how crappy life is, how disillusioning, how people make bad choices, and very few of them have happy endings. 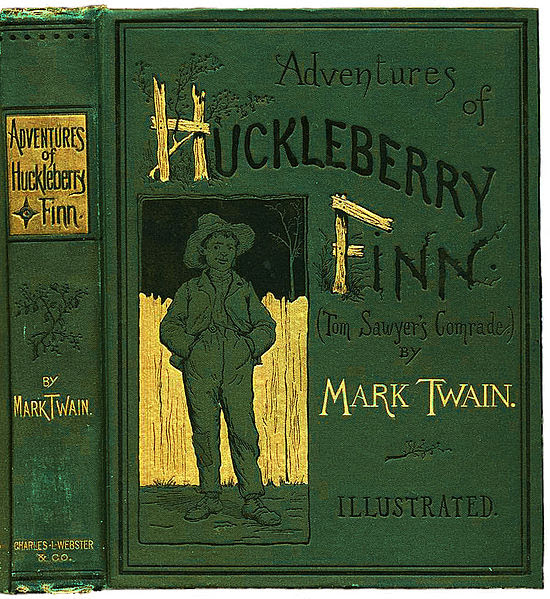 SIDE NOTE #1:  I believe the only humorous novel that the critics agree is a Great American Novel is Huckleberry Finn - surely there are more than that.  And the last comedy to win Best Picture was "Annie Hall" in the 1970s...  Tells you something right there, doesn't it?  And a lot of people today are embarrassed about "Our Town" winning a Pulitzer Prize "because it's so sappy" - no, it isn't.
SIDE NOTE #2:  Interestingly, the Russians - who always get a bad rap for depression - are much more hopeful than the British and the Americans, but I think that's mostly because Dostoevsky and Tolstoy both had strong spiritual beliefs, and so believed that there was a way out of hell.  (And if you want ribald humor with that, try Gabriel Garcia-Marquez or Gunter Grass.)  But there's a whole lot of authors who simply provide hell, and no way out, and I'm not just talking about Kafka.  Back in Victorian times, after reading Jude the Obscure, Edmund Gosse wondered, "What has Providence done to Mr. [Thomas] Hardy that he should rise up in the arable land of Wessex and shake his fist at his Creator?"  I tend to ask the same about Cormac McCarthy.  Enough is enough.
SIDE NOTE #3:  I don't have to have a happy ending - I still re-read Edith Wharton and "Madame Bovary," and I loved "Mystic River" - but if your characters are universally unpleasant, violent, inarticulate, and hostile, moving across a bleak landscape in which there is no hope and it's all a mug's game, and everyone ends up miserable, raped, tortured, and/or dead...  I may give it a pass.  Forever.

(2) What are the novels you read and re-read?  The ones where the spine's broken, and the pages are falling out, and you finally have to buy a new copy because you've read them to death?  My bet is a lot of them are funny.  A lot of them are fun.  A lot of them make you feel good.
SIDE NOTE:  Please feel free to provide your own definition of fun and what makes you feel good:  for some it's Stephen King (personally I read too much Poe and Lovecraft as a child, and I don't like being scared that much anymore).  Other's it's P. G. Wodehouse.  I go all over the place, myself, from the complete works of Patrick O'Brian (who has a wicked sense of humor) to James Thurber to Gunter Grass (everyone talks about "The Tin Drum", and all I can say is, read "The Flounder") to Angela Thirkell.

(3) There are not enough humorous works in the world.  Seriously.  We need more laughter, folks.  We need more jocularity, as Father Mulcahy would say.  And those who write funny, humorous, amusing, entertaining, witty, acerbic, knee-slapping, whimsical, ribald, facetious, farcical, waggish, playful, droll, campy, merry, and/or playful stories, sketches, plays, novels, essays, poems, etc. should never, ever, ever be ashamed of it, or put themselves down for it, or say, "Well, it's not the Great American Novel..."  I repeat, THERE ARE NOT ENOUGH HUMOROUS BOOKS OUT THERE.  Write some more.  People will thank you, read you, love you.  Repeatedly.  I know I will. 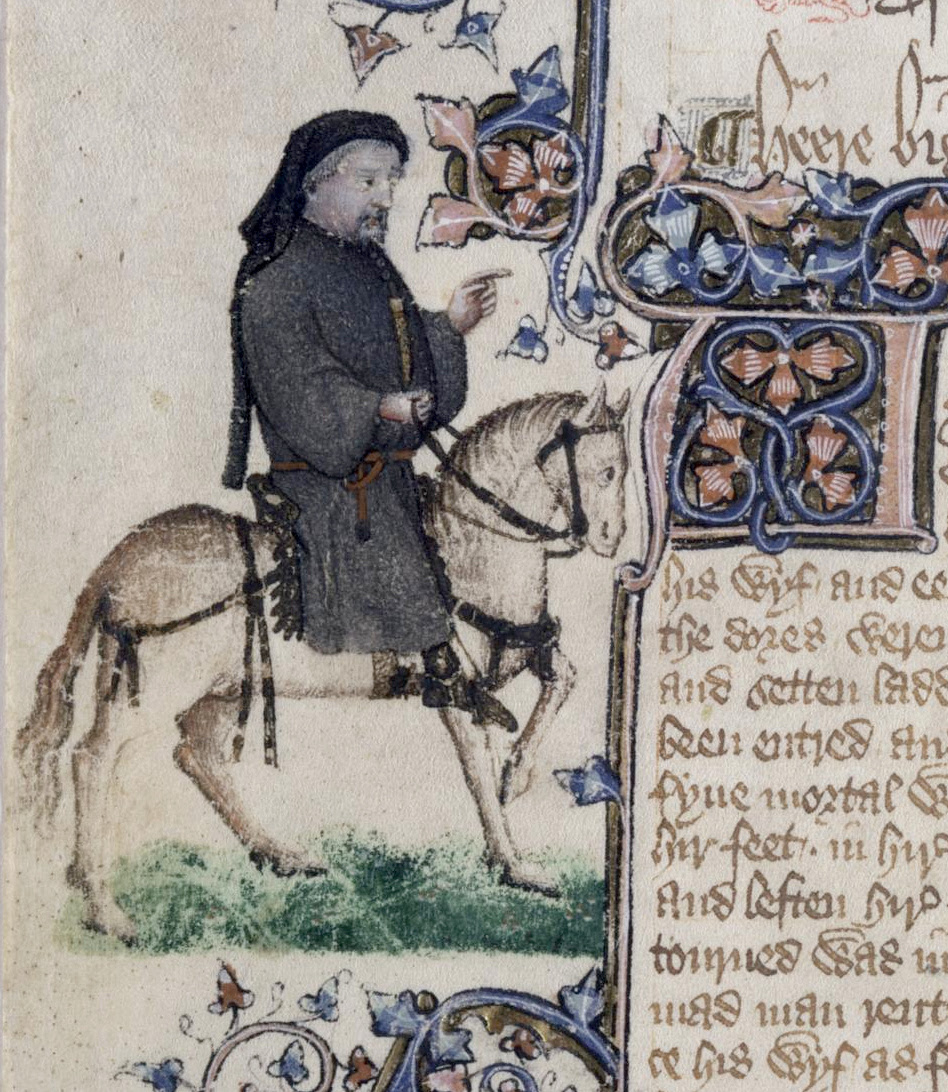 (4) People have been giving the lighter stuff a bad rap for millenia.  Petrarch told Boccaccio that his "Decameron Tales" (the world's largest collection of dirty jokes, told against the background of the bubonic plague, and if the world ever needed a laugh, it was then) were unworthy of a humanist and a scholar.  The result:  Boccaccio quit writing.  Religious pressure made Chaucer add a retraction to his "Canterbury Tales", taking it all back.  Samuel Johnson said that "Tristram Shandy will not last."  All I can say is, "Nyah, nyah, nyah, nyah."

To these and every writer who has tickled, amused, and made me burst out laughing, thank you!
Keep it up!

Eve, thanks for attributing your inspiration for today to me and for posting my new cover on the same page with the greats. You sure made the first cup of coffee sweet this morning!
I do want to make sure everyone understands that I wasn't apologizing for not writing GAM. I was actually razzing the members of a writers' group I attended where everyone was writing literary. I didn't last long there because I became bored.
My personal opinion is that the great novels weren't written to be literary, but some modern writers treat "literary" as a genre to itself. More about that another time, another place. (In other words, a future blog)
You also brought back memories of
my hiding Gunter Grass (both TIN DRUM and THE FLOUNDER) behind text books in school. I'm sure I missed a lot, but I loved reading both of them enough to get caught and be assigned to detention for it. Didn't make a lot of difference to me because I read in there and the "bad" boys were there.
Thanks for a thought provoking blog and have a great day!

Well said all round, Eve. I know I need little help becoming depressed and rarely reach out for something that reads that way. Certainly Callie is an antidote for that condition.

It has occurred to me more than once that many GAMs appear to be written by very young writers for very young readers--folks who are desperately searching for some "truths' in life and rarely consider that happiness may be one of them, probably because they've yet to experience real sorrow and loss.

Oops...that should have read "GANs."

I really dislike the idea of The Great American Novel. Twain already wrote Huckleberry Finn (though The Gilded Age has more in common with the most common conceits of "literary" fiction.) Fitzgerald already wrote Gatsby. Hemingway already wrote For Whom the Bell Tolls. Roth already wrote Portnoy's Complaint (which is really a bunch of jokes within one long joke.)

When someone wants to write the Great American Novel, they really want to write something that's already written. That's why Stephen King gets awards as a man of letters while people basically wish Jonathan Franzen would just shut up for once.

Don't even get me started on Jonathan Franzen.
Fran, you're quite welcome.
David, I think that explains why all the YA and most sci-fi novels are dystopias. Adolescents can't see a happy way out and/or is it that happiness isn't cool?

Looked back and saw that I used GAM, too, so, to quote David:
"Oops...that should have read 'GANS.'"

As Raphael Sabatini wrote of the main character in SCARAMOUCHE, "He had the gift of laughter and a sense that the world was mad."
Seems like having a sense of humor often keeps us sane.

Eve, I couldn't agree more about humor. Maybe it's because that is what I write. I'm not very good with serious stuff. As for the GAN, it has been written. Several times. Twain, Fitzgerald, Hemingway. Arguably, Harper Lee.

Your comment to David made a lot of sense to me, also.

Wish I could come up with something witty to say. But, alas, the little guy who runs my brain pan seems to be asleep at the switch, this morning, no matter what I do to wake him.

There are three Great American Novels: Huck Finn, To Kill A Mockingbird, and Little Women. No more are needed.