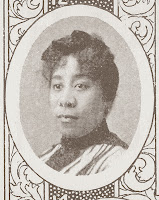 The two stories above show gradual acceptance before 1980s of black writers by mainstream magazines. As white readers began to read them in the 1980s, boatloads of novels and short stories by black writers of crime and mystery fiction flooded into the mainstream.
Posted by Louis A. Willis at 00:00