America's present need is not heroics, but healing; not nostrums but normalcy; not revolution, but restoration.

So, you are doubtless wondering, what exactly does Edgar Allan Poe have in common with Warren G. Harding?  The italicized words set forth above are the clues – both “tintinnabulation” and “normalcy” basically did not exist until used by Poe and Harding, respectively.  Poe’s made up word, derived from the Latin word for "bell", tintinnabulum, entered the English language largely because it fit Poe’s pentameter.  Harding’s invention, or at the least popularization, of the word “normalcy” is predictably baser, deriving from the existing word “normality” and Harding’s political aspirations, which required a less high-falluting word to garner the support of the voting public.

These two words eventually gained entry to most dictionaries, but prior to besting that bar they were “sniglets.”  “Sniglet” is itself a made-up word, and one that, I will admit, I had not encountered until I heard a weatherman in Washington, D.C. use it several weeks ago.  A sniglet is defined (simply) by the Urban Dictionary as a word that should be in the dictionary but isn't.  The “should” part of this may be a bit generous – the word “irregardless,” for example, an illegitimate progeny of “regardless” and “irrespective,” qualifies as a sniglet and is used often.  At least for me it continues to grate.  (With apologies to my Tuesday partner in crime Mr. Dean, my wife and I had a law school professor who used to scratch through "irregardless" whenever it appeared in a paper or exam and write in the margin “this is only a word in New Jersey!”)

As noted, “sniglet” is itself a "sniglet".  The word was invented by Richard Hall, a comedian and actor in the 1960s.  Hall published several books of sniglets and also, for a time, had a newspaper column devoted to these wannabe words.  While Hall coined the word sniglet, the concept was previously more broadly encompassed by the word “neologism,” which encompasses not only a newly coined word or phrase, but also a newly offered idea or theory.  Some skips and jumps through the internet reveal that neologisms or sniglets often make their assault into accepted speech from the springboard of literature.  Science Fiction, for example, has reportedly given us the then-new words “laser,” (Light Amplification through Stimulated Emissions of Radiation) in 1960, and “robotics” in 1941.  (Thank you, Mr. Asimov).  Other then-new additions to the language that sprang from literature include “nymphet,” from Vladimir Nabokov’s Lolita, “Orwellian,” from the themes set forth in George Orwell’s 1984.  And as descriptive nouns we have a “Scrooge,” a “Pollyanna,” someone who is “Quixotic” as well as those who are “Sadistic,” (derived from the practices of the Marquis de Sade).

Commenting on the need for the English language to fluidly grow, Thomas Jefferson stated the following in an 1831 letter:


I am no friend, therefore, to what is called Purism, but a   zealous one to the Neology . . . .    The new circumstance under which we are placed, call for new words, new phrases, and for the transfer of old words to new objects. An American dialect will therefore be formed; so will a West-Indian and Asiatic, as a Scotch and an Irish are already formed.

So, it is often we, the writers, who are either responsible for all of this or, at the very least, carry the ball by repeating, in dialog, that which we hear around us.  Print adds legitimacy. 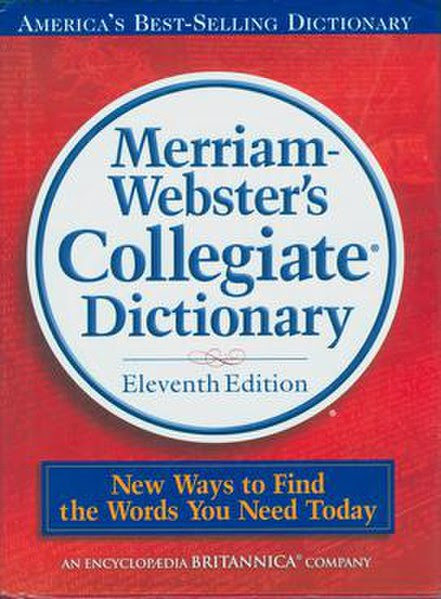 As we approach 2013 it is interesting to look at previously aspiring words and phrases that “passed their finals” and gained admittance  into the Merriam Webster Dictionary in 2012.  Newly legitimized words for 2012 include:
Although writers can nudge the language in new directions, as the foregoing discussion and examples illustrate, there are some places that the language simply will not allow itself to go.  Thus, while Lewis Carroll is discussed prominently as a contributor of sniglets or neologisms, more often than not Carroll’s imagination proved too great for the more conservative tastes of evolving language.  No greater example of this exists than his poem Jabberwocky from Through the Looking Glass, composed almost completely of substantive words that are still aspiring to existence but never made it.

Twas brillig, and the slithy toves
Did gyre and gimble in the wabe:
All mimsy were the borogoves,
And the mome raths outgrabe.

“Beware the Jabberwock, my son!
The jaws that bite, the claws that catch!
Beware the Jubjub bird, and shun
The frumious Bandersnatch!"

He took his vorpal sword in hand:
Long time the manxome foe he sought --
So rested he by the Tumtum tree,
And stood awhile in thought.

And, as in uffish thought he stood,
The Jabberwock, with eyes of flame,
Came whiffling through the tulgey wood,
And burbled as it came!

One, two! One, two! And through and through
The vorpal blade went snicker-snack!
He left it dead, and with its head
He went galumphing back.

"And, has thou slain the Jabberwock?
Come to my arms, my beamish boy!
O frabjous day! Callooh! Callay!'
He chortled in his joy.

`Twas brillig, and the slithy toves
Did gyre and gimble in the wabe;
All mimsy were the borogoves,
And the mome raths outgrabe.

Dale, you've given a wonderful treatment to a fascinating subject. I confess that in some ways, I'm probably purist. I STILL don't like the word "horrific," but I do now use it in writing though I can't make myself speak it.

Irregardless grates on me, too. Another that bugs me is 'complected'.

In another weatherman saga, local news people used 'skosh' which I always assumed was slang like 'itsy bitsy', until someone pointed out it's actually a mashed, barely recognizable Japanese word.

Amusing! We can only regret that boring sounding words like man cave have made it and Carroll's wonderful slithy and brillig etc failed to make the grade

On behalf of the citizens of New Jersey--you can tell your hoity-toity college professor that we'll continue to "grow" the English language here as we see fit; irregardless. Youse should wise up!

Hey, wait a minute. How about "chortle"? Did that exist before Jabberwocky? It's certainly legit now. I don't mind "horrific" and its cousin, "horrendous," but "irregardless" still bothers me. There's also "dork," "dweeb," and "geek," not to mention verbs like "google" and "text", as well as retronyms like "snail mail" and "landline." And does anyone still agree with Nero Wolfe that "contact" should never be used as a verb?

I once applied for a job at a day care center, and when they asked my qualifications, I said I knew "Jabberwocky" by heart. Didn't make the cut. But kids love to hear it. I use chortle and slithy; and, while I love Mr. Wolfe and would love to eat at his table, his pronouncements on words still seem very stultifying to me. A living language changes all the time.

An old college friend of mine, Frank De Marco, himself a noted blogger at his Muddytracks site, sent me the following observation on today's column:

Not sure, but I seem to remember that Jefferson invented the word "belittle" and used it in his Notes from the State of Virginia" -- and was belittled for it by English reviewers.


By the way, Frank TRIED to post this here himself but couldn't get past those two words that you have to type to prove you are not a robot. These always confound me as well -- does this mean we are robots?

By the way, I understand the risks one takes when making New Jersey references. I just watched the third season finale of Boardwalk Empire! (Hey, David -- was that beach at the end the one at Avalon?) :-)

Yes, Dale, yes it was. It's good to be mindful of risks...healthy, ya know what I mean?

A friend invented a useful word that's never made it into the language, "obnox". It means to behave obnoxiously toward someone! And my husband & I refer to cigarettes as "sniglets". Yes, we used to smoke them.

The first time I read "The Bells" I delighted in the word tintinabulation (sp?). What a great word! Of course there is no place for it in conversation. But "beauty is its own excuse for being."

Thanks for a great article.

I think others have used this as well, but my wife and I still "Yoko" un-listenable tracks on CDs. The word sprang from the Lennon/Ono album "Double Fantasy," which is a great album if you have the ability to play it as "Single Fantasy."

Dale, good one, enlightening and humorous.

Great column, Dale. Our language is definitely evolving, and in most cases (not all) that's a good thing.

Herschel -- I think the ONLY time I had ever seen the word tintinnabulation was in The Bells until (believe it or not) last night. I was reading Tom Wolfe's new novel Back to Blood in bed last night and about 2/3 of the way through it he uses the word. How funny and coincidental is that?

"Brillig" should be marked at 4PM on all sundials. "Outgribe" describes the call of Caspian Terns. My mother used "frumious" to describe stinky socks. Larry Niven has a species named Bandersnatch.
One Carrollean neologism that did enter the langauge is "snark". Many more people have memorized Jabberwocky, for some reason . . .

Dale, it just occurred to me that you neglected a more contemporary inventor of sniglets, Dr. Seuss. And to a lesser degree, Ogden Nash. Perhaps the nonsense words used by Seuss don't qualify as sniglets. But they are descriptive.

I've seen all the new words on the 2012 list except "gastropub." Naturally, I looked it up on Wikipedia.

All languages must continue to evolve take in new situation and concepts.

Dale - I cannot believe you did not hear my mother talk about sniglets - she used the word regularly, especially as a telephone reference librarian - HA.

You are doubtless correct. The weekends with your Mom and Jim were always wildly entertaining.

For those of us without background here, Abby's Mom Phyllis was a poet and library tele-ref lady in New York City. Her husband Jim was also a poet, and the former poet laureate of West Virginia. We met Jim and Phyllis on a cruise and ended up in a 20 year friendship.

No longer with us, and sadly missed.