The Next Big Thing

A few weeks ago author B.K. Stevens invited me to participate in a "blog chain."  It's called The Next Big Thing, in which writers share information about a future project--or, as one author called it, a current Work in Progress.

Here's the deal.  Each writer posts a blog entry and answers ten questions about his or her upcoming book, story, or whatever, and provides links to similar pieces written by the inviter and the invitees (are those real words?).  For me, participating was an easy decision because I needed to come up with a column for this Saturday anyhow, and since the subject of my post will be a collection of mystery/suspense stories, the "interview" seemed to fit SleuthSayers' crime-writer theme. 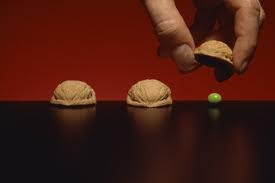 1.  What is the working title of your book (or story)?

Deception.  It's a collection of short fiction--the book's title is also the title of one of the included stories.

2.  Where did the idea come from for the book?

Since this is a collection of different stories, the ideas came from all over.  But most of my ideas begin when I examine ordinary people or ordinary situations and ask myself "What if such-and-such happened?"

3.  What genre does your book fall under?

Mystery.  There are a few other genres mixed in--fantasy, humor, Western, etc.--but almost all the stories include a crime of some kind, and every story involves suspense and deceit.  (In fact I think deceit performs a double duty in a story or novel: when the characters are deceived, the reader is often deceived also--and if it's done well and done fairly, that's something I enjoy, as a reader.)

4.  Which actors would you choose to play your characters in a movie rendition?

That's something all writers like to think about and very few get to do, right?  As for me and this project, it would take a hotel full of actors to play all the characters in thirty stories, so that question's hard to answer.  But the title story features a resourceful and catburglary guy who's fairly young, so if I had my druthers I'd choose someone like Jude Law, Leo DiCaprio, Matt Damon, Mark Wahlberg, etc.

5.  What is the one-sentence synopsis of your book?

Thirty stories of mystery, intrigue, and deception.  (Make that a one-sentence-fragment synopsis.)

6.  Will your book be self-published or represented by an agency?

Neither.  I have an agent who represents my novels, but not my short stories or collections.  The book will be released in hardcover by a small, traditional publisher called Dogwood Press.  DP also published my first three story collections.

7.  How long did it take you to write the first draft of your manuscript?

Again, this will be an unconventional answer to a conventional question.  Since this is a group of stories, putting the book manuscript together didn't take a long time.  Mostly, it involved arranging individual stories into a lineup that properly mixes settings, genres, types of crimes, longer stories vs. shorter, lighthearted stories vs. gritty, and so on.  Each story's first draft probably took anything from several hours to several days to finish, and rewriting took from several days to several weeks. 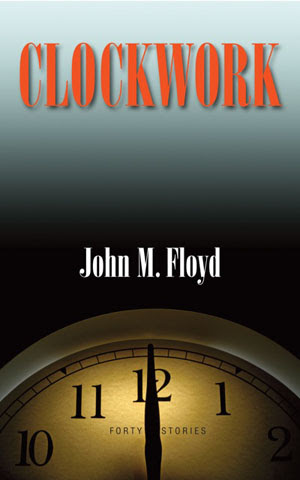 8.  What other books would you compare this story to within your genre?

If I weren't the modest fellow I am, I would compare it to similar collections by authors like Jeffery Deaver, Jack Ritchie, John D. MacDonald, Stephen King, Bill Pronzini, etc.  Too bad I can't come right out and say that.

9.  Who or what inspired you to write this book?

My publisher is the one who first suggested that I group some of my previously published stories into a collection, the first of which was called Rainbow's End (2006).  After that book sold well, he encouraged me to follow it with other collections:  Midnight (2008), Clockwork (2010), and now Deception.  Authors who have inspired my fiction and my writing style are Steve Hamilton, Carl Hiaasen, Joe R. Lansdale, Harlan Coben, Nevada Barr, Stephen King, Nelson DeMille, Robert B. Parker, and others.

10.  What else about your book might pique the reader's interest?

One thing all four of my books have in common is that each includes a handful of lighthearted "series" stories about retired schoolteacher Angela Potts and a former student of hers who is now the sheriff of their small southern town.  Also, most of the 130 stories that are featured in the four books were previously published in places like The Strand Magazine, Woman's World, Alfred Hitchcock Mystery Magazine, etc.  If you like to read those publications, I think you might enjoy my stories as well. 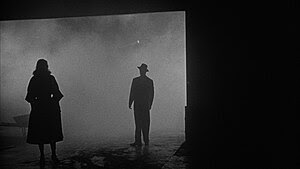 Now it's time to pay my dues and keep my promise.  Here are links to my host and to my invitees.

B.K. Stevens is a Derringer Award winner and author of stories in AHMM, Woman's World, and many other publications.  Her Next Big Thing piece appears at the Untreed Reads blog.

Police officer and author Frank Zafiro is probably best known for his River City novel series.  He will discuss his upcoming project at his blog.

Jan Christensen's fiction has appeared in many different publications and anthologies, as well as two novels. Her post is at her web site.

Please take a look at all those sneak prevews.  BY THE WAY . . .  my friend and SleuthSayers colleague David Dean will also be participating.  Be sure to tune in for his answers to the ten interview questions on November 27, right here at SS.

And then get back to working on your Next Big Thing.
Posted by John Floyd at 00:01