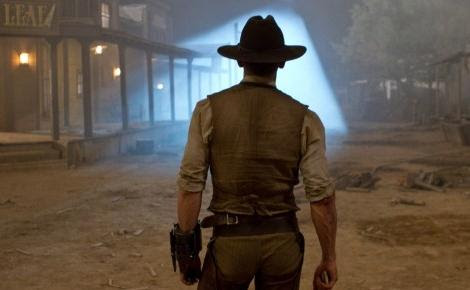 Since it's been awhile since we've had a column just on movies, and since I love movies, and since my wife's been out of town again (during her absence, I wound up once more watching a bunch of oldies from my DVD stash and a bunch of newies from Netflix), I thought I'd spend some time talking about stories on the screen rather than stories on the page.  Bear with me--I promise I'll reprogram my GPS and get back on the mystery/literary freeway two weeks from now.

As fate would have it, I ran into an old friend from my IBM days in the supermarket earlier this week (yes, I was in there buying more TV dinners) and he asked me if I could suggest any good movies.  Movie maniacs love to hear that question, and I dutifully rattled off a few titles.  Afterward, it occurred to me that some of the films I had recommended to him might not be considered great--or even good.  They were just movies I happen to like.  Sure, sometimes the ones I like are good, in terms of critical acclaim, but sometimes they're not.  A lot of my favorites never took home an Oscar or even came close, but they remain my favorites.  Know what I mean?

I'm sure Rob and Leigh will know what I mean when I say that all this gave me the uncontrollable urge to make a list.  A list, in this case, of what I consider to be the best movies I've seen.  All are based on my opinion only; as they say on the news, this study is not scientific.  In fact, the word "favorites" here simply means "the ones I found most entertaining."  (Can you spell "guilty pleasures"?)

Enough excuses.  Here are my thoughts regarding bests and favorites:

Best known: The Godfather
Best crafted: The Silence of the Lambs
My favorite: Die Hard

Best known: High Noon
Best crafted: Shane
My favorite: Once Upon a Time in the West

Best known: Gone With the Wind
Best crafted: Casablanca
My favorite: The Graduate

If you go beyond the basic five categories and wander into the murky forest of other genres and subgenres, I like To Kill A Mockingbird (drama), Raising Arizona (comedy), The Natural (sports), Dumbo (children), Apocalypse Now (war), It's a Wonderful Life (classics), Holes (young adult), and Raiders of the Lost Ark (adventure).

What are some of your favorite films, by genre?  What are some that you consider well constructed, and/or well written?  Do you find that the ones you enjoy the most are seldom the ones that got the best reviews?  Or even the best comments by your friends and neighbors?  For some reason, everyone I know (including critics) hated Lady in the Water.  I loved it.  And everyone I know (including critics) loved the remake of The Thin Red Line.  I hated it.

I must confess that the above list would probably have been different a year ago, or even a month ago, and would probably be different next month or next year.  I change my mind more often than a presidential candidate.  But I do have a pretty reliable litmus test for which movies I think are good and which are not.  The good ones are the ones I will happily watch over and over again.  (I need to be educated--or bored silly--only once; I need to be entertained constantly.)

I feel the same way about novels and stories.  Which reminds me--

John, we love your lists! I'd be embarrassed to share complete lists of my favorites as most of them would display my total lack of sophistication. The two movies guaranteed to make me feel better when I'm down are SEA OF LOVE and SIBLING RIVALRY.

I enjoy several of Hitchcock's middle period although Silence of the Lambs would make my list. I also enjoy the Die Hard series.

Rather than Alien, I have a soft spot for Silent Running. I even named one of my computers after it!

The only serious contention might be romance, but damned if I can think of what I'd replace those with!

I agree with all the sub-genre choice except Apocalypse Now, only because I can barely stand to watch war movies, especially that one. It struck too close to home.

Good point, Fran--fiction of any kind is supposed to make you feel better when you're down.

As for sophistication, anyone who likes Blazing Saddles and The Big Lebowski as much as I do (not to mention Dumb and Dumber) shouldn't even be allowed to use the word sophistication.

Thanks for the picks, Leigh. I too liked Silent Running, and for pure entertainment I think Aliens was way better than Alien.

I'm not a huge fan of romance movies, but I like a lot of romantic comedies, including While You Were Sleeping and When Harry Met Sally.

In other news, one of our sons and I saw Prometheus the other night, and it was pretty good--certainly interesting. Sort of a prequel to Alien.

The other night we gathered downstairs with our kids and their friends and watched Abraham Lincoln, Vampire Slayer. Wow. A sensational movie that I NEVER would have chosen to watch if the critics hadn't first convinced me to give it a try. Highly recommended.

Abraham Lincoln, Vampire Slayer sounds as improbable as Cowboys and Aliens. Thanks for the recommendation, Dale.

I walked out of Apocalypse Now after 45 minutes (which consisted of a relentless attack on a village)--and that was at least 20 years after the war ended. My 3 top movies ever are Enchanted April, My Cousin Vinny, and Priscilla Queen of the Desert. Shakespeare in Love is up there too. There's a long list of good new movies this season. A friend called me from California (to NY)last night for a quick recommendation, and of those I've seen so far, I put The Sessions at the top of the list and Seven Psychopaths second (though don't go if you didn't like In Bruges or black humor in general). We're seeing Lincoln and Skyfall this weekend and have tix for The Hobbit. Can't wait for Life of Pi, in IMAX 3D. Ang Lee is my favorite director, especially Eat Drink Man Woman and Sense & Sensibility. And I trust him for craft, including making the most of the 3D, which I haven't seen done to my satisfaction since Avatar.

It will be interesting to see if they can pull off Life of Pi as a movie. Some of the greatest bits in the book involved holding back information from the reader in ways that will not readily work on screen. As an aside, I have to admit that it wasn't until years after I read the book that I realized that a good part of it is a send-up of Poe's Narrative of Gordon Pym.

You didn't mention one of my favorite genres: musicals.
Oklahoma, Music Man, My Fair Lady top my list.

Just got back from a booksigning in the hinterlands so I need to catch up with some comments:

Liz, I loved My Cousin Vinny AND In Bruges. And I too am looking forward to Skyfall, Life of Pi, and Lincoln. (But I also really liked Apocalypse Now.)

Herschel, I thought about including musicals and didn't. The Music Man would be my favorite.

David, your list is great--and you included a lot of them that I almost put on mine: I absolutely loved Escape From New York, The Wild Bunch, The Searchers, and Notorious. If I made a list of noirs and neo-noirs, I think my top three might be Double Indemnity, Body Heat, and L.A. Confidential.

A few of my favorites that haven't made the lists on here, yet:


And, I have to admit that about once a year I have to hold a personal “Movie Night” in which I watch The Big Sleep, followed by The African Queen and then Casablanca.

Coming in very late to this - I was back at the pen this weekend - but hands, down, absolutely scariest movie ever made, "The Haunting of Hill House" with Julie Harris and Claire Bloom. With actresses that good, no special effects were needed. My BFF and I show this to youngsters who say they love horror movies. They can't sleep afterwards.

Oh, and my favorite mystery movie is still "The Maltese Falcon." Western? "Tombstone", but mostly for Val Kilmer. Next, "The Magnificent Seven," but mostly because of all those tight pants...

Dix, you named several that I have now reminded myself to re-watch over the coming weeks.

I too love The Magnificent Seven (first saw it when I was in high school) and Ruthless People. And I thought the whole premise of Joe vs. the Volcano--aside from being a really funny movie--was fantastic.

Eve, I think The Haunting of Hill House is widely regarded as the best haunted-house novel ever written. And I still remember the early version of the movie.

My favorite movie of all time (and I've said this before, but it is true: I would stop whatever I was doing and watch this movie any time!) is Papillion. The story is fabulous, especially for its time and the actors are all first rate. Steve McQueen. Enough said.

Deborah, I don't think McQueen made many bad movies. One of my favorites--The Thomas Crown Affair--is never on ANYbody else's favorites list, but I love it.