The Next Big Thing– Dean Version 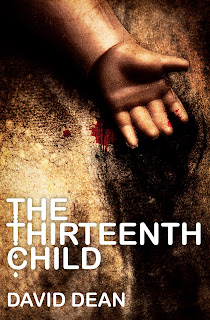 As John Floyd has so ably explained in his post of the 24th, "The Next Big Thing" is a sort of promotional tag game being played by writers across the country, perhaps the world for all I know.  I guess it can be described as a "grass roots" publicity gambit to which you, dear reader, are now being subjected.  I didn't want to do this to you, but the alternative was breaking the "chain", and I'm sure you all have some idea what can happen when you do that.  You know the urban legends, it's not pretty according to the films– the best you can hope for is to just painlessly disappear; the worst… well, it doesn't bear thinking about.

However, in order to make a clean getaway I've had to snare others into the scheme.  Again, I didn't want to, but what choice did I have– to be the last in the chain?  No, thank you.  So I lured the redoubtable and deeply talented, Janice Law, as well as the rising literary star, Tara Laskowski, into my web, where they are now stuck fast, desperately trying to line up someone, anyone, to "tag" and be next in the chain.  Sorry, ladies, but surely you can understand the predicament I found myself in.  Blame Barb Goffman if you must; she snared me!  In order to take the sting out I've included links to all of these writing dynamos at the conclusion of my own shameless self-promotion.  Please do go to their sites on the appointed days and read their thoughts on their work.  It will, undoubtedly, be both entertaining and illuminating, as I hope the following on my own is.

First, let me set the scene.  Picture, if you will, a room full of clamoring reporters, and perhaps a scattering of ardent, young literature students, all attempting to gain my attention and ask the following, burning questions:

What is the working title of your new book, Mr. Dean?  "Oh please, just call me David, we're all friends here (there's relieved chuckling; they didn't expect me to be so personable, so accessible).  Well, the working title has come and gone, I'm afraid, as the book, "The Thirteenth Child" was released over a month ago.  The publisher and I are expecting a sale any day now.  The original title was more of a short story– "A Child Twixt Dusk And Dawning", it was called.  My editor questioned the pithiness of my choice and suggested (strongly) I go with his recommendation, which I did in the end.  We are no longer speaking, however."

Where did the idea for the book come from?  "That's an excellent question, young lady, and one which I am anxious to answer.  I was thinking of old legends, and ghost stories, concerning travelers meeting spirits and demons at lonely crossroads, then disappearing, dying, or having misfortune follow them from that moment on.  These tales appear in a number of cultures (European, African,etc...), and sometimes concern the taking of children by these same fairies, trolls, or other supernatural beings.  So, I took it one step further, I thought, what if this creature that waits on lonely paths was not supernatural at all, but very real, and no longer haunting forest and fields, but suburban streets and yards; forced out of its comfort zone by the steady encroachment of civilization?  That was the beginning."

What genre does your book fall under?  "Unquestionably horror, though it has an underpinning of police procedural and even a touch of romance."

What actors would you choose to play your characters in a movie rendition?  "I'll leave that to the experts, like Mr. Spielberg.  He's done wonderfully well at that sort of thing.  Undoubtedly, when hell freezes over and he decides to do a film version of my book, he'll make the right choices in casting."

What is the one-sentence synopsis of your book?  (I chuckle tolerantly at this) "Obviously, my boy, you have not read my book.  A book, such as mine, containing the depth of character and breadth of thought that it does, cannot be contained in a single sentence.  However, since you've asked, I'll do my best to reduce it down so that everyone can understand it: When children begin to go missing from Wessex Township, disgraced professor, and now town drunk, Preston Howard, encounters something he wishes he hadn't, and soon faces a terrible decision--save the children...or his only daughter.  How's that?"

Is your book self-published, or represented by an agency?  "Neither, old man.  I've somehow managed to get my book published by Genius Book Publishing of Encino, California without representation or payment of a fee."

How long did it take to write the first draft of your manuscript?  "It took about six months for the first draft...and probably another three months in rewrites and edits, followed by several years of anxiety."

What other books would you compare this to in your genre?  "Phantoms by Dean Koontz, Dracula by Bram Stoker, and the short story, Gabriel Earnest by H.H. Munro.  How's that for reaching for the stars?"

Who or what inspired you to write this book?  "I haven't usually written horror, but the idea behind "The Thirteenth Child" struck me as so original that I felt compelled to give it a go."

What else about your book might pique the reader's interest?  "It contains a good deal of history and myth from southern  New Jersey, including some Native American lore from the Lenape peoples of the region."

"Well, that's all the time I have now.  I appreciate you press guys and gals turning out like you did; especially when you could have been covering something actually newsworthy."  (This gets a big laugh, and a lot of shaking of heads– they had no idea how humble I am.)  "Thanks so much for your time.  But, before you go, I just want to throw a little something your way… in fact, I'm gonna give you guys the inside track on the next big thing times three!"  (The scramble for the door ceases and a sudden quiet descends on the room, the pens and pads come back out in the expectant silence.)  "Jot this down, boys and girls, and follow it up--you won't be sorry, let me tell ya; cause the three gals at the end of these links are hot and gettin' hotter in the writing field!  Let me make the introductions:

"First there's my sponsor, Barb Goffman, who writes about her newest story, "Murder a la Mode" on the Women of Mystery blog.

"Next up is Janice Law, whose book, "The Fires Of London" is already garnering some rave reviews and a growing public.  Read about the workings of her formidable talent on Dec. 3rd.

"And last, but never least, and brimming with originality, is Tara Laskowski, who will post about her newest collection of short stories, "Modern Manners For Your Inner Demons" on Dec. 5th.  Don't you love that title?  Well, read her post and, amongst other things, you'll find out how it got conjured up.

"Well that's the scoop– follow my lead on these stories you mugs, and maybe a few of you will be pulling down some Pulitzers.  No… no… no more questions, I'm bushed.  Besides, I've got to get to work.  These books don't just write themselves you know!"  (Big laugh on this one– who woulda thought the ol' man had such a great sense of humor?)
Posted by David Dean at 00:01