Why I Stopped Reading Nancy Drew: The Case of the Perfect Protagonist

I no longer remember the title of the last Nancy Drew mystery I checked out of the public library in Tonawanda, New York. I no longer remember anything about the case Nancy was working on or the clues she'd uncovered. But I do remember, almost word for word, the last two sentences I read before slamming the book shut and vowing never to read another.

Nancy is with her friend Bess, investigating something or other outdoors. When the day begins to get foggy, Bess begins to fuss. She'd spent a long time working on her hair that morning, and now the moisture in the air is making her curls droop and die. Here are the sentences that ended my years as a Nancy Drew fan: "Nancy smiled. The damp air just made her own naturally curly hair even bouncier."

That did it. I'd long ago gotten used to the idea that Nancy is uniquely smart, brave, and pretty, that she's always the one who spots the clues and solves the mysteries. I knew her father is kinder and wiser than anyone else's, her boyfriend better looking than anyone else's, her eyes bluer and her roadster sleeker. I'd stopped being surprised when she keeps displaying new areas of expertise. When some snooty diving champions challenge her to a competition, I took it for granted that Nancy's jackknife would put theirs to shame. I was right.

But naturally curly hair? That was too much. Like poor Bess, I had stick-straight hair. I had to torture it to make it look slightly bent. And now, to learn that Nancy Drew, so clearly superior to me in every other respect, also effortlessly enjoys what I could never achieve--I couldn't stand it. I returned the book to the library and began a quest for a more satisfying teenaged detective. Nancy was probably supposed to be a role model, but she was so far out of my league that I couldn't even fantasize about rising to her level. I yearned for a teenaged detective who had flaws as well as strengths, one I could admire but still feel some kinship with, one who would set an inspiring example without depressing the hell out of me.

My favorite was probably Trixie Belden. When I began to think about writing this post, I decided to reread Trixie's first mystery, The Secret of the Mansion, to refresh decades-old memories. I was reminded that, like Nancy, Trixie is quick-thinking and courageous, with a keen sense of right and wrong. Unlike Nancy, though, she sometimes makes mistakes. She can be impetuous, tactless, even foolish. And she's not always the best at everything. Her closest friend, Honey West, is a far better rider. When Trixie impulsively mounts the most spirited horse in the West family stable, she gets thrown and narrowly escapes being trampled. When she dives into a lake to cool off, she forgets to check the depth, bumps her head on the bottom, and nearly passes out. She adores her sensible, loving parents but sometimes chafes at the chores they assign her, sometimes keeps secrets from them. None of that ever kept me from admiring Trixie, or from wishing her well in each of her adventures.

When I started toying with the idea of writing a young adult mystery of my own, I naturally began by reading some recent examples. A lot has changed since the days when Trixie and Honey bicycled down the tranquil streets of their fictional village of Sleepyside. Today's YA detectives may find themselves in the seedier sections of major cities, dealing with dangers ranging from gang violence to cyber-bullying, from serial killers to designer drugs. (Sometimes they also deal with vampires, shape-shifters, and evil wizards--but we'll set those aside.) At least in the books I've read, they seldom enjoy the guidance and protection of parents comparable to Trixie's, or to Nancy's rock-solid widowed father, prominent attorney Carson Drew. More often, their families are fractured by divorce, abandonment, death. Some have never known their fathers; many have to deal with parents who are abusive, addicted, or psychologically damaged. Perhaps to compensate for the lack of strong parents, these protagonists usually have reliable, fiercely loyal friends. I haven't read widely enough to hazard even a tentative generalization, but it seems to me that in some recent YA mysteries, friends play the roles parents used to play: The protagonist's parents may be inadequate or absent, but friends provide advice, support, and unconditional love. 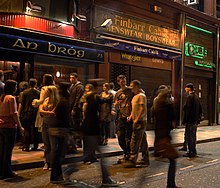 And the young detectives themselves? In the books I read, I didn't find any Nancy Drew-type paragons who excel at everything, but I did encounter protagonists who might be considered paragons of resilience. Generally, they're tough, brave, and smart. They may be cynical and find it difficult to trust others--after all, they've usually been through a lot, and they've often got big problems at home. Aside from that, most of the YA detectives I met are surprisingly unscathed by their experiences and surroundings. Despite their haphazard upbringings, they're people of utter integrity. No matter how harshly they've been treated, they're sensitive and compassionate. And although their parents may be addicts, they live clean. Offhand, I can't think of a single teenaged detective who sneaks so much as a sip of beer, despite circumstances dismal enough to drive most of us to drink.

Reading these contemporary YA mysteries helped me begin to plan my own. I knew three things for sure. First, my protagonist would be male. At the time, I was teaching English in a Cleveland high school, and I wanted to write a book that would appeal to male students who, bright as they might be, often weren't enthusiastic readers. Second, my protagonist would be athletic. When I recommended outside reading novels to my male students, they often responded with a question straight out of The Princess Bride:"Are there any sports?" I wanted to write a book that would respond to that interest. And third, my protagonist would not have naturally curly hair.

Beyond that, I wasn't sure. I had no interest in writing about a protagonist as flawless as Nancy Drew. I wasn't consciously thinking about Trixie Belden--until I started working on this post, I'd barely thought about her in years--but my protagonist, Matt Foley, has more in common with Trixie than with Nancy. He's a thoroughly nice kid with good instincts and a generous nature--for example, he won't stand idly by if someone else is being bullied--but he makes plenty of mistakes. He's not always a good judge of character: He can be taken in by a pretty face or a smooth talker, he's too quick to believe gossip, and he tends to think the people in his own popular crowd at school are superior to the misfits.

Matt's not as accident prone as Trixie, but he too can be impetuous, rushing into situations without pausing to weigh the dangers. (That's one advantage to having a teenaged male protagonist. If a widowed forty-year-old mother of two goes to a deserted spot late at night to search for evidence, she's being so culpably foolish and irresponsible that readers may well be incredulous, unsympathetic, or both. If a seventeen-year-old boy does the same thing--well, what else would you expect from a seventeen-year-old boy? He's young. He'll learn.) Matt treasures his friends, but he doesn't always get along with them smoothly. He clashes with his long-time best friend, Berk, when they both get interested in the same girl, and he jeopardizes his relationship with a new friend, Graciana, by making immature comments. When I think back to my own high-school days, that rings true. Friendships are vitally important, yes, but they can also be delicate, and they don't always last forever.

Then I thought about Matt's family. I ought to have some conflict there, I decided. Maybe his parents should be divorced. Maybe one or both should be abusive, or addicted to something. Maybe the family has been torn apart by some horrible experience, such as the violent death of an older sibling. After all, today's young adult novels are supposed to deal honestly with the problems real families face. 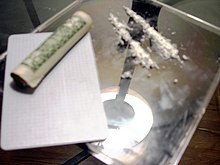 In the end, I decided to pass on divorce, abuse, addiction, and horrible experiences. I'm glad many mysteries for young people deal with such problems. That's important. But I think it's also important for some YA mysteries to acknowledge that even when families are intact, even when loving parents work hard to do their best, young people can still feel alienated and isolated. Even when problems aren't dramatic, they can still be real, still be frustrating--and sometimes, they can have a lighter side. Those are the sorts of family problems Matt faces in Fighting Chance.

Matt's a good person, his parents are good people, and they all love each other. But they have different interests and different perspectives. Sometimes, those differences lead to relatively minor problems. Matt's resentful because his parents don't pay more attention to his athletic achievements, he doesn't understand how they can be so perpetually perky and upbeat, and he's appalled when his mother serves him tofu stir-fry and quinoa patties instead of the cheeseburgers he craves. Sometimes, the differences have more serious consequences. Determined to provide Matt with a sense of security, his parents don't talk about the problems they're facing. As a result, Matt feels there must be something wrong with him, since he's apparently the only one whose life isn't perfect. Because he assumes his parents won't be able to understand, he often keeps things from them, sometimes flat-out lies to them. He feels guilty about it, but he can't bring himself to open up to them until events in the novel face him to risk it. I like to think Fighting Chance is a coming-of-age novel as well as a whodunit. Reaching a better understanding of his parents is a major element in Matt's transition from childhood to adulthood.

There's no need for Nancy Drew to come of age, of course. In every important respect, she's already an adult on the first page of her first mystery. But she's been part of the coming-of-age process for countless young readers. For a while, at least, she sets an example for them, gets them excited about reading, and makes them love mysteries. Are there any adult female mystery readers or writers who didn't read Nancy Drew novels when they were young? Maybe, but I've never talked to even one who's admitted to such a shocking gap in her literary education. And I'd guess there are few, if any, adult male mystery readers or writers who didn't start out with the Hardy Boys. If we eventually get impatient with Nancy Drew, if we start yearning for mystery protagonists who are more like us and share more of our problems and shortcomings--well, that's probably part of the coming-of-age process, too. The young adult mystery is a genre within a genre, but it's neither narrow nor rigid. It's capacious enough, and flexible enough, to meet the needs of many different sorts of young readers in many different generations, at many stages in their progress toward adulthood. I slammed my last Nancy Drew novel shut many decades ago, but I'll always look back at Nancy with affection, and with gratitude.