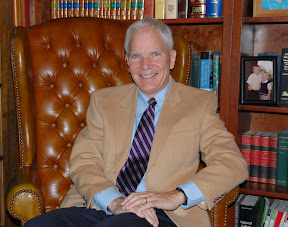 Whether you're a fan of Janet Evanovich's Stephanie Plum or Dog the Bounty Hunter, bail occupies a central place in criminal law as entertainment. Through literature, we can take discussions about bail back to Robin Hood. During my day job as a magistrate for the criminal courts of my county, I spend a fair amount of my day thinking about bail for particular defendants. Today, however, I'd like to widen the lens and, largely through the writings of bail reform advocate, Tim Schnacke, look at the history of bail development.

Let's jump way back to the Anglo-Saxon days of England. Those Germanic tribes were family-linked league of clans. Among clans, blood feuds and tribal warfare were the means to settle disputes. Kinsmen resolved the wrongs of kinsmen. This adjudication technique, however, proved brutal and inefficient. Eventually as system emerged establishing payment of a wergeld or man-price for a wrongful life-taking, the price dependent on a person's social standing. Over time, a tiered system emerged of valuations for death as well as a measure for injury and other wrongs. A complex restitution system replaced the frequent clash of clans.

Tribes lived close to one another. Justice was local and the resolution of these cases could be expected to be swift. In this familial, land-bound society, pre-trial detention was little needed.

Family members pledged to guarantee both the defendant's appearance in "court" and to pay the penalty should he default. The amount of the pledge was set at the amount of the debt which would be owed. The promise served to allay an Anglo-Saxon's concern that someone may flee to avoid paying the penalty. The familial willingness to bear the burden also fit within the collective worldview of a tribal culture.

This Anglo-Saxon system should not be confused with contemporary bail. As noted, the family members were largely pledging to pay the debt upon default rather than posting money to secure the accused's release from custody. The germ of the modern idea of a surety, a third-party, obligating himself on behalf of an accused, however, was becoming established in the forerunner to the English common law. The word "bail" stems from a Latin word baiulare, to carry a burden.

With the Norman conquest, however, the nature of English law changed. Justice gradually became more an affair of the state and less an individual settling of accounts. Capital punishment and other sanctions replaced the restitution schedule of the wergeld. Along with changing punishments, notions about who should remain free pending adjudication also transformed. The first to lose a right to liberty included those accused of homicide and those charged with violating the royal forest (We did make it back to Robin Hood.) Norman judges rode a circuit from shire to shire handling cases. Outlying jurisdictions may wait months between judicial calls. The shire-reeve "sheriff" became charged with guaranteeing a defendant's appearance upon the judge's arrival. Jails were miserable and costly. The delay from arrest to trial necessitated some form of pretrial release.

People were still land bound. Personal recognizance guaranteed by the pledge of family became the key to the jail door for most people accused of wrong doings. 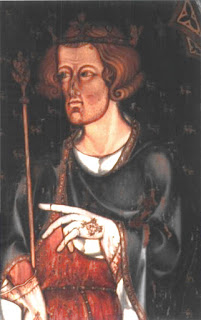 Sheriffs, however, as the bail setters were ripe for corruption. In 1274, Edward I sent commissioners throughout the realm to ask questions of knights and freemen. The commissioners recorded the answers. Although most questions dealt with landholdings and related to taxation, the commissioners also delved into criminal justice. Edward I learned of two abuses by many sheriffs: some defendants who should be released were required to pay money; and some defendants who, because of the offense, should not be freed were released upon payment of large sums of money.

Bail law developed to extend royal control over shire-reeves' discretion and potential corruption. Culminating in 1689, the English Bill of Rights stated that "excessive bail ought not to be required." The phrase used is similar to the language of the Eighth Amendment to the U.S. Constitution.

This shouldn't be surprising as English law sailed to America with the establishment of the colonies. Although the ideas of recognizance and community responsibility traveled to the new world, the changing times brought the necessity for a new system to emerge.

As punishments changed from the Anglo-Saxon notion of restitution to death, mutilation or imprisonment, the possibility of flight to avoid the consequences grew. Similarly, as society moved away from the pledge equaling the amount of the debt, it became harder to quantify, with accuracy, the exact amount of money to require as bail. The accused in America found it easier to flee troubles and escape to the western frontier. Finally, as people became more itinerant, finding kinsmen and neighbors willing to pledge also became more challenging.

Out of necessity grew a commercial opportunity. Businessman willing to pledge money to guarantee a defendant's appearance at court emerged. They, of course, charged a fee for their service. The first commercial bondsman in the United States was reported to be Pete McDonough who in 1896 established his bond business out of his San Francisco saloon near the Hall of Justice.

In 1274, Edward I wrangled with right-sizing the jail population. He sought a just mechanism for determining who gets out and who stays in custody. Bail reform advocates still grapple with these issues. Lawsuits and legislative fixes abound. We are still trying to get it right. 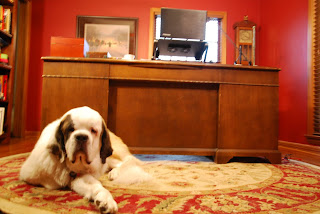