Devil at the Crossroads Has Got on Wet Socks

It was late December 2017, and it must’ve been raining buckets or something weird because I wanted to write a tall tale. Not the Pecos Bill or Stormalong kind with giants striding the earth. Those had their day. More of the big fish kind, with an ordinary situation tweaked, stretched, and rewoven into a yarn outlandishly more satisfying.

I love stories that take a familiar-ish set-up and find something hilarious or poignant or sublime that only a tug at normalcy reveals. In Lorrie Moore’s wonderful “Debarking,” a divorced man can’t get his darn wedding ring off, and that takes him on unexpected paths. In Ron Rash’s “Something Rich and Strange,” a disappeared young woman becomes a supernatural gift to the town. In Ben Fountain’s “Near-Extinct Birds of the Central Cordillera”–maybe my favorite story ever written--an over-idealistic grad assistant comes to see his Colombian rebel kidnappers as fellow travelers and a last chance to preserve an ecosystem. These masterpieces twist reality just so, and that gives them richness and a deeper truth.

Those are the masters. Me, my stories bring oddball McGuffins and caper plans of glory, even exaggerated characters. This time, I just wanted a lie. That was it. A simple lie that surprises even the liar and grows and grows until the lie breaks free and exists on its own oxygen.

That was the thought. A whopper story done as crime fiction. I even hoped to pull it off.

December 2017. The post-Christmas lull is a great time to write, being simultaneously tired, sentimental, and well-carbed. I hit the writing desk and got after this tall tale idea. There would be a cop, and the cop would have to investigate something. Hijinks would ensue. Gold. 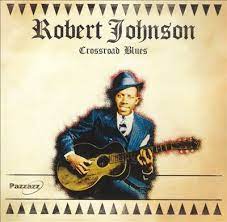 Okay, I had a little more than that. My goal was to write the thing in four-part structure, one part per day, to land a 4,000-word story. A sprint by my standards.

A sprint needs a framework or else will run smack into a blind alley. I’ve invented a town, Rasping Creek, that sits along the Duck River (also in the March/April 2020 AHMM’s “Lord, Spare the Bottom Feeders”). Nashville sprawl has come knocking, for good and for ill. A town struggling with identity and change felt like fertile ground for hijinks. Rumors, suspicions, low stakes that grow deeply personal. My cop would be Rasping Creek’s police chief and also pretty much the entire force.

A small town suggested a small crime, like a petty theft at a local store. I had this notion that the thief would leave something behind, a sign of honest remorse at living that life. I brainstormed through possibilities and eventually settled on the thief leaving money to pay for a ripped-off lottery scratcher. That word rang: Scratch. Lotto tickets scratched, yearnings scratched, money as scratch, chances blown as a scratch, Old Scratch at the crossroads in many a Blues tale.

I don’t recall how much it actually rained here in late 2017. Don’t tell me, either. Mythologizing a load of rain is a more fun memory than having proof it did or didn’t. I do know that my POV wavelength came faster than most of my first person narrators. The cop had grievances. Overworked, underfunded, an eye cast toward retirement but without enough banked for it. On Sprint Day One, the chief groused, “A man can’t think in wet socks.” Truth, but he shouldn’t have told me that if he wanted to dry off. 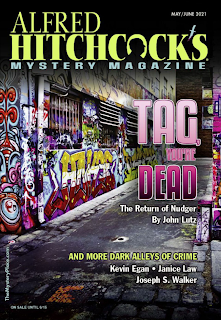 Non-stop rain became the absurdity fuel. Seriously, part of why the chief fabricates an archenemy of our lotto scratcher is from being trapped in squishy socks. The chief has been cornered over not solving a random smash-and-grab that no underfunded force will ever solve. A local would just buy the scratcher legit when there for snacks and beer. A local can’t turn around and cash in a stolen ticket or brag much if it’s a winner. Word flies around places like Rasping Creek, and these scratchers have serial numbers.

The chief finds himself building up that dire archenemy--dubbed Scratch--and points to the damp money left as evidence of deeper criminal genius. Rasping Creekers with their waters rising were quick to believe an outsider menace has descended (and just look at what people will believe these days…). The crook is wisely long gone, not that it matters to the chief or soon the townsfolk blaming Scratch for any further petty crime. The two-bit smash-and-grab escalates into a regional sensation. Sure, the chief gets a budget increase, but he’s also exhausted and perma-soaked chasing Scratch “sightings.” Guilt seeps in. Compassion for the real random crook and that strange beat of honesty. Hijinks unravel, as hijinks do.

And that, after much editing, is “Scratch,” in the May/June ’21 AHMM. I hope I pulled off a story about truth and ambition, about dumb luck and wet socks, about how the legendary whopper of a fish inevitably slips away.