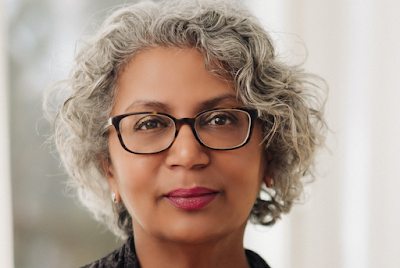 If I told you that there’s a crime spree going on and you can stop it, would you?   The rise of anti-Asian hate crimes in Canada - yes, Canada, the land of the multiculturally smug – are crimes we can all stop. The first step is always understanding it.

Many have blamed the former U.S. President Trump for the rise of anti-Asian racism because of his racist rhetoric, but he was simply repeating a long historic tradition of targeting Asians. Kim Yi Dionne, a professor of political science at the University of California-Riverside, explained that “America has a long history of immigrant exclusion on the basis of disease.”

Trump was feeding into the biases that some people already had and doing it to restrict immigration certainly, but also to deflect blame for any illness or death of Americans. As those deaths increased, so did his rhetoric.

Canada also has a long history of restricting Asian immigration and using anti-Asian rhetoric to do it.

In 1885, Canada imposed a head tax on Chinese migrants before admission into Canada, the purpose of which was to discourage more Chinese coming to Canada. The anti-Asian sentiment was in full force in the 1902 Royal Commission on Chinese and Japanese Immigration that stated that the Asians were "unfit for full citizenship … obnoxious to a free community and dangerous to the state.”

Despite the drop in Chinese and other Asians entering Canada, there were many violent anti-Asian riots on several occasions to protest Asians in Canada.

During the 1918 pandemic, Asian Canadians were once again targeted as disease ridden and were even excluded from treatment at “white” hospitals.

During World War II, the federal government put Japanese Canadians in internment camps and sold all their property.

It was only in the 1960s that Canadian immigration legislation and regulations were changed to allow Asians to immigrate to Canada on equal footing with whites.

This history explains why anti-Asian racism has risen so rapidly: the narratives and attitudes fed into prejudices some people already had and, although Canadian politicians have largely avoided xenophobic blaming of Asian Canadians, we are not immune to these narratives. The pandemic has given rise to all sorts of conspiracy theories and the internet knows no borders. Canadians so inclined have been drinking in anti-Asian rhetoric and spewing it out against Asian Canadians.

Of the 1,150 instances of anti-Asian racism reported between March 10, 2020, and Feb. 28, 2021, it was, “found that elderly people, young people and those in low-income jobs or who did not speak English were more vulnerable to attacks. According to the data, most incidents occurred in public spaces such as parks, streets or sidewalks. Restaurants, grocery stores and other food-sector locations were the site of nearly one-fifth of the incidents. Nearly ten per cent of the reported cases took place on public transit.”

This is crucial: these incidents occur in public spaces. In plain sight.

The worst message we can send is that verbal or physical harassment of Asian Canadians is OK. This is why the Government of Canada “offers bystander intervention training on their website, with safe and positive options to prevent harm when there is a risk of violence.

The goal of this training is to send a message that hate, including racism and xenophobia, is unacceptable in all of its forms.”

Since this problem started with the Government of Canada and the citizens of Canada condoning and augmenting anti-Asian rhetoric, it is fitting that together we end it.

It is also fitting that the internet – used to promote anti-Asian rhetoric – can also be used to fight it. The same principle applies, don’t let Asians be harassed. If this happens, report the account and say something too.

Ultimately, like hate against any group, the only way to stop it is to learn about the history, understand what to do if we see it and support organizations that are helping.

Canada should not be a country in which Asian Canadians feel unsafe and unwelcome. Multiculturalism requires the actions of each generation to protect it.