One of the side effects of a year in suspended animation is a lot of bingeing.  We indulged ourselves.  We fashioned a cocoon.  There was cooking.  A fair amount of cheese was involved, and root vegetables.  But we spent a lot of time under the covers, too.  Books, movies, and TV, revisiting old favorites and auditioning new ones, trying on stuff we might not have given an ear to previously, but often enough falling into a familiar comfort zone.

Which isn’t to say you don’t discover something fresh or unexpected in the tried and true.  I ran across a couple of tight little noirs directed by Richard Fleischer that were new to me, The Narrow Margin and Violent Saturday.  Fleischer’s the son of animator Max Fleischer, who’s probably best known for Betty Boop, just as the younger Fleischer is probably most famous for 20,000 Leagues Under the Sea and The Vikings, two terrific Kirk Douglas vehicles.  Later, he did Soylent Green, but although his career lasted forty years, it’s pretty much littered with dogs.  He hit the sweet spot with those earlier B-pictures, and never matched their feral energy afterwards.

The Narrow Margin is as brutal as any Anthony Mann from that postwar period, and stars Charles McGraw, a guy Mann almost always used as a heavy.  Here, he’s the lead, a tough cop with a face like a cinderblock.  But he meets his match in the eye-popping Marie Windsor. 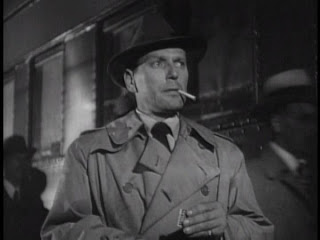 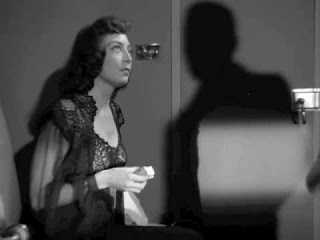 It’s not, I don’t think, dismissive to call Marie Windsor a dame.  She’s all that, and more.  She has a hundred and seventy-two credits on IMDb, between 1941 and 1991, a lot of them in television, from the 1950’s on, but she made her bones in Poverty Row, the bottom half of double-features.  She did a couple of dozen walk-ons before she paints on the radar as a ganglord’s wife in Force of Evil, trying to get on the wrong side of temptation.  In a picture with a lot of great lines, she has some doozies.  “A man could spend the rest of his life trying to remember what he shouldn’t have said,” she tells .

She was typecast, more often than not the whore with a heart of stone, but she never lacked for work, nor did she seem to mind.  She was in fact a lifelong Mormon, but she got a kick out of playing bad girls.  She’s a certain kind of character actress.  Somebody like Dorothy Malone or Ann Sheridan can start out in supporting parts and turn themselves into stars.  Somebody else might get a shot at it, Gail Russell, Frances Farmer, but something happens, nerves, alcohol, a manipulative relationship, and they flame out.  Marie keeps her head above water.  She reminds me of Fay Spain, younger but with a similar career arc, sultry and splashy, always the bridesmaid, never the bride.  (Fay’s biggest part is Al Capone, opposite Rod Steiger, still the gold standard.)  You recognize the actress, but you remember the character she’s reliably established.  How could Marie Windsor not be devious?

Narrow Margin has a neat and convincing twist, which I won’t give away here, other than to say Marie is it.  She and McGraw trade loaded barbs, Earl Felton’s script a crash course in hard-boiled.

The tension is moral, and the sexual undercurrent isn’t animal magnetism, but contempt.  There’s no subtext.  Narrow Margin wears its heart on its sleeve, which makes it all the more sudden, savage, and claustrophobic. 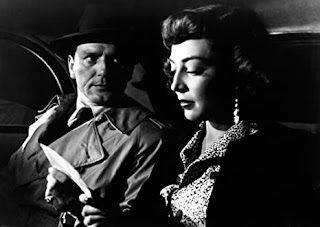 Posted by David Edgerley Gates at 02:00