Of course I watched Nomadland on Hulu.  Beautiful, and yes, I've been everywhere in South Dakota that they filmed. My favorite park is the Badlands and always has been. (But, while Wall Drug has the best maple donuts in the country, it is never, ever, ever that empty of people.) 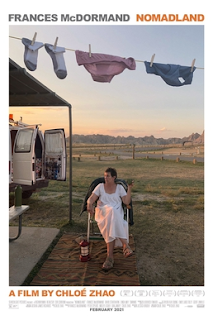 At the same time, I found the movie depressing, and not just because of the economic fact that there are lots of people who cannot earn enough working full time to live on, nor have enough retirement from working full time to live on. I already knew that. There are people who work full time in every major city in America who can't afford an apartment. It is a scandal, a shame, a horror, and something should damn well be done about it.

But you know, the battening of the rich upon the poor has been going on for millenia. What really bothered me was the social isolation.  Everyone wandering around on their own, meeting at the various job sites around the country, gathering at the places out in the desert, etc., where they can live off the grid, but separate mentally, separate emotionally, separate financially.  A fierce independence and determination to not be "beholden" in any way.  A toxic independence, in my book.

Now I'm not talking about the people who love travel, and are in perfect health. And perhaps that was Fran.  But most people would like to settle down and stay put, especially as they get old and creaky.  And the only way you do that is by banding together. That's how the poor have survived the predation of the rich for millenia. That's how I survived 2 years on the streets of L.A. That's how the peasants survived Calvera's constant depredations in The Magnificent Seven.  That's how [almost] everyone lived through The Grapes of Wrath, Cross Creek, and the entire Jim Crow South.

At one point in the movie a few people mentioned that they couldn't actually live on their retirement (me, too).  And the obvious answer is - live together!  Whether you want to call it a boarding house, a commune, or a house sharing, a bunch of people can rent (or even buy) a place and all have their own room, share the facilities, the rent, the chores and the expenses of life a lot easier than one lone widow /widower can do it all themselves.  Dickens is full of boarding houses.  In It's a Wonderful Life, after George has wished himself out of existence, he finds a world where his mother is running a boarding house.  I've lived in 2 communes in my day, one in L.A. and the other in Atlanta.  I still think it's a damn good way to live.  And I know I'd prefer it any day than living in Nomadland.

On February 23, Governor Kristi Noem released videos of Ravnsborg's two interviews with law enforcement late Tuesday. I think the highlight that sickened entire state was this:

An investigator asks Ravnsborg how he retrieved his insurance card, which was in the glovebox. Ravnsborg describes leaning in from the driver seat, trying to avoid glass in the passenger seat. He denies seeing a pair of glasses. “They’re Joe’s glasses,” an investigator says. “So that means his face came through your windshield.”  (Argus Leader)

Anyway, the Governor and practically the entire state is calling on Ravnsborg to resign, and the SD Legislature said they'd impeach him.  But then the legislature decided to postpone any impeachment proceedings until after Ravnsborg goes to court over his 3 misdemeanor charges.  Gov. Noem - who obviously wants Ravnsborg GONE - weighed in today, saying they don't need a special session for it, and don't have to wait.  (Argus Leader)  Obviously Gov. Noem wants him gone - the only speculation is why.  What surprises me is that Ravnsborg hasn't grasped yet that if he is impeached he'll lose his law license.  We'll see what happens.

Every legislature has its quirks. We have a little feature called "smoke out", which allows legislators to force committees to deliver failed bills to the chamber floor if they can secure the support of 1/3 of the chamber’s members.  And of course it's just been used for three of the damnedest bills:

HB 1212, which says, in part, “A person who unlawfully enters or attempts to enter a person’s dwelling, residence, or occupied vehicle is presumed to be doing so with the intent to commit an unlawful act involving force or violence.” So much for innocent until proven guilty.  It's also, basically, a "stand your ground" law, because if you think they're doing something unlawful - you can shoot them and claim immunity.  NOW ON THE GOVERNOR'S DESK FOR SIGNATURE!!!

HB 1075, which says “Any federal statute, federal regulation, or executive order of the President of the United States, and any order of a federal or state court is null, void, and unenforceable in this state if the purpose or intent is to impose or enforce, against a resident of this state, an extreme risk protection order, including such an ex parte order, under which the resident, in order to reduce the risk of physical harm to himself, herself, or another, is: (1) Required to surrender any firearms or ammunition in his or her possession; or (2) Prohibited from owning or possessing a firearm or ammunition.”  Because God knows that owning a gun matters more than the health and safety of anyone around the person, even if they are so freaking dangerous the whole town avoids them and a judge has declared them a threat to themselves and others.  This one FAILED, thank God.
HB 1217 which seeks to ban transgender girls from participating in high school sports, and would require student athletes to fill out a form each year, proving biological sex from a birth certificate.  NOT ONLY PASSED BUT SIGNED BY THE GOVERNOR, SO...
(KELO)
4 - Speaking of the Transgender Culture Wars, Here's My Take:
As many of you know, I once worked for Medical Genetics at Emory University, where, among other tests, we did sex tests on newborns. One of my regular jobs was to sort out the chromosomes (from a photo taken on an electron microscope) to determine what the sex of a baby or child was, because the physical genitalia were anything from unclear to deformed to nonexistent.
IMPORTANT NOTE:  One out of every thousand children is born with "indeterminate genitalia".
The doctors, nurses, and parents literally could not tell, looking at the baby/child, what sex it was. In the past - and apparently it still happens today - they would simply assign "sex" according to their own preference - and a lot of times they were wrong:

Two examples of wrong assignment are Mokgadi Caster Semenya, a South African runner, who was assigned female at birth (b. 1991), but has either XXY or XY chromosomes, and Foekje Dillema (1926-2007), a Dutch runner, who was assigned female at birth, but after her death was determined to be a "mosaic", or a "46XX/46XY woman."  Both were raised as girls.  So which, my dear culture warriors, should everyone go by - what was/is on her birth certificate, or the genetics?  Or is it her own damn business?

For example: "Klinefelter syndrome has been reported to be between 1 in 500 and 1 in 1000 male births." (That's XXY or XXXY or a mosaic.) "In severe cases, they have relatively high-pitched voices, asexual to feminine body contours as well as breast enlargement, and comparatively little facial and body hair. They are sterile or nearly so, and their testes and prostate gland are small. As a result, they produce relatively small amounts of testosterone. The feminizing effects of this hormonal imbalance can be significantly diminished if Klinefelter syndrome boys are regularly given testosterone from the age of puberty on." These are very apt to be confused as girls at birth, unless sex tested, which may or may not happen. And they may very well "feel" that they are girls.  And without a lot of testosterone, they will be girls.  (Palomar Article)

And then there's the Guevedoces, a classic study which I read for the first time back on the job at Emory, about a community in the Dominican Republic, where some males are born looking like girls, are raised as girls, and only grow penises at puberty, at which time they become male.  Yes, you read that right.

"When you are conceived you normally have a pair of X chromosomes if you are to become a girl and a set of XY chromosomes if you are destined to be male. For the first weeks of life in womb you are neither, though in both sexes nipples start to grow.
Then, around eight weeks after conception, the sex hormones kick in. If you're genetically male the Y chromosome instructs your gonads to become testicles and sends testosterone to a structure called the tubercle, where it is converted into a more potent hormone called dihydro-testosterone This in turn transforms the tubercle into a penis. If you're female and you don't make dihydro-testosterone then your tubercle becomes a clitoris.
When Imperato-McGinley investigated the Guevedoces she discovered the reason they don't have male genitalia when they are born is because they are deficient in an enzyme called 5-alpha-reductase, which normally converts testosterone into dihydro-testosterone.
This deficiency seems to be a genetic condition, quite common in this part of the Dominican Republic, but vanishingly rare elsewhere. So the boys, despite having an XY chromosome, appear female when they are born. At puberty, like other boys, they get a second surge of testosterone. This time the body does respond and they sprout muscles, testes and a penis."
(BBC)

BTW - it doesn't just happen in the Dominican Republic; it's also been found in Papua New Guinea and Turkey.  And probably elsewhere, just not reported.  Or believed. 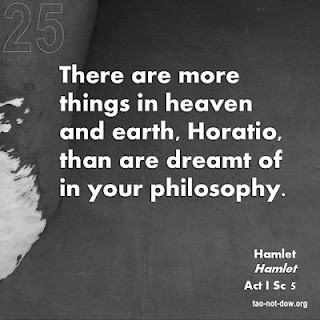