Don't Make Me Turn This Car Around

I’ve convinced myself–against all experience–that Asheville is four hours from my driveway. Every trip, I’m cranking the music and thinking about the Blue Ridge fading off like haze, line after line in their peek at eternity. Yep, just four hours away. As a scientific fact, the trip from south Nashville is five hours minimum–with luck and a heavy foot. You get the Lookie Lous gawking around Pigeon Forge, then flatbeds loaded with timber crawl up the steep grades. Next, a malingering road construction project where I-40 tunnels into North Carolina. I've become certain it isn’t a construction project at all. There’s never actual construction. No, it’s a social experiment to document how drivers come unglued when jammed together into one lane for zero reason. Another time chunk gone. I pull into Asheville ruing whatever the hell happened to that quick escape east.

My writing works the same way. I set out after a shiny idea, but the problems start soon enough. The tone is off. The POV isn’t working. The plot takes a bad turn. All that can be fixed, but also like those Carolina trips, it’ll take longer than I think. 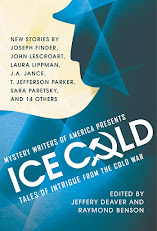 My first published crime story was in MWA’s 2014 anthology Ice Cold. I had a shiny idea indeed, plus a Shakespearian body count and key death at the end. I edited it mercilessly. And quickly, as I recall it today, except I count seventeen manuscript versions on my hard drive. My story in next month's AHMM clocks in at a svelte thirteen versions. My max on a published story? 75 versions on my hard drive.

Some process lessons from along my journeys:

Begin with the End in Mind

Yes, this old saw. Bear with me. I’m not talking killer twists but personal intentionality. What does a writer want out of writing a story? Creative bliss? Cool. My hard drive also has those stories. The pure joy of that is an amazing gift. Or is a piece meant for an audience? How competitive or specific an audience? Once a potential editor and their readers get involved, they become your boss. They deserve edits with their quality standards and enjoyment in mind, edits that may wilt creative bliss into drudgery.

Drudgery also describes minutes lost to Knoxville traffic if you hit it at the wrong time. Maybe I have hard feelings about that. 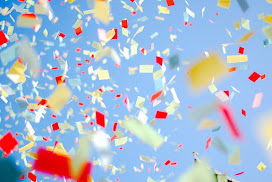 This Is the Best Thing I’ve Ever Written

I considered it a healthy sign as writing growth when I stone cold understood that an early draft wasn’t anywhere near as groovy as my creative high believed. I might’ve had a great concept, say like to get to Asheville in four hours, but reality and hard work comes around as it must.

Take that story in Ice Cold. I believed that key death made for a Frankly Amazing Ending until an editor demonstrated--mere days before the deadline--that it was a Terrible Ending and also Physically Impossible. Cue more versions, the fast kind.

Unobjectively loving a piece is my signal that the draft objectively stinks. It means I’m still thinking about me, not a reader. It means I haven’t pushed an idea enough to risk hating it.

Be Constructive with Your Readback

At some point, I find myself tweaking a manuscript here and there, but the creative momentum is kaput. Either it needs more critique or else a deeper think. Surgical procedure deep, and if so, I’ll print the thing and read it aloud. Many times. As an earth-friendly step, I’ll let Word’s readback feature sub in for an occasional cycle. Typos and clunky sequences ring plain. Missing layers and connections emerge. That’s the story finding its core. Oh, darling passages will remind me that of course I can’t cut them, and in a joy-crushing grind, out they go. I’ll keep iterating until I do hate the piece and might pitch the computer out the window rather than read one more word.

This Is the Worst Thing I’ve Ever Written

Despair and loathing are signs the piece is nearly ready. I step away for a bit until I’m all planed out emotionally. 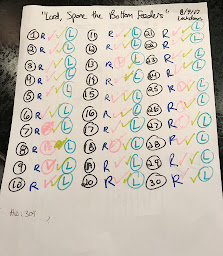 Recently, a critique partner highlighted where I’d used the verb “amble” three times over a few hundred words. Nobody ambles that often, not even cowpokes. I’ll search for crutch repetition like that.

One crucial word gets a special check: “The.” Such a weak word, the. Any cluster of it correlates to undercooked prose. I comb through anything with those three letters in that order, like “Then,” “they,” “other,” and so forth. Those buggers aren’t power words, either (Note: “Either” is a “the” word). Once my excess “the” and crutch stuff is out, no kidding, the piece has another level of energy. It’s found its style.

And I’m not done yet. Sure, I’m done with it mentally and spiritually, but it’s spit and polish time. I’ll let Word read a last cycle while I check along on my master document. I’m looking to confirm those final changes sound and work how I want. Darlings and typos can sneak back in. When I’m satisfied (exhausted) with a page, I mark it as locked down. When all pages reach lockdown, I scream or weep or drink wine, whatever gives me permission to get off the hamster wheel.

Such are my steps to submit something that makes me proud. Someday, maybe I’ll get more efficient. Until then, it’s like with the Asheville drive. I may get there in a bad mood, but I get there. Soon enough, I’m happily lost in those Blue Ridge lines like haze. The mistake isn’t underestimating the travel time but not completing the trip. 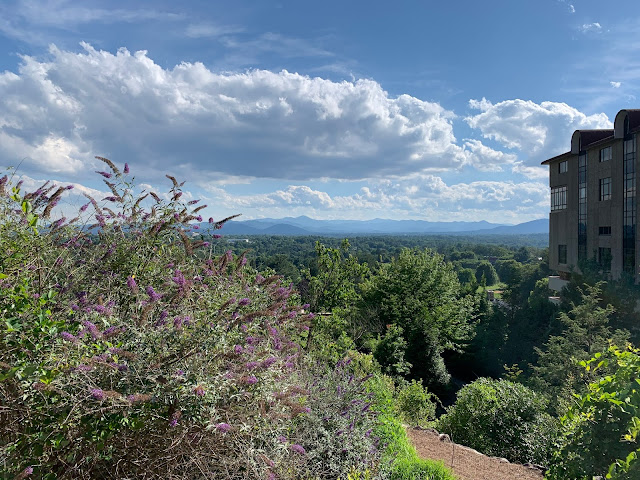