Freshman year at Loyola University in 1969, I took Photography 101 from a prof who was into Beat Generation writers (Kerouac, Ginsberg, Burroughs, Carr, Lawrence Ferlinghetti and others). For our final grade he asked us to do a photo essay of a poem. Any poem. He pointed to the books in his office and told us to look through them. As other students picked up Ginsberg and Patchen and Para and Rexworth, I found the collection A CONEY ISLAND OF THE MIND by Lawrence Ferlinghetti, thumbed through it and the title of poem #22 on page 37 stopped me – Johnny Nolan has a patch on his ass. 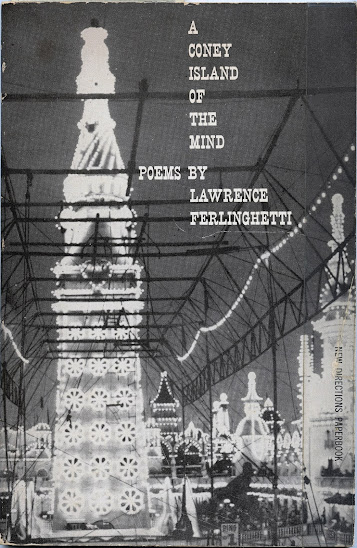 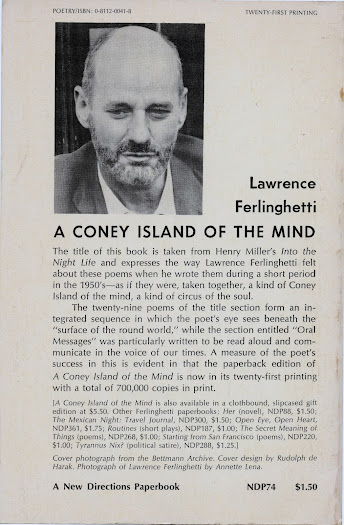 I was juiced and put together a dynamite photo essay, illustrating Ferlinghetti's images:

Man, I was proud of my essay. Nice, sharp black-and-white images.

Bought a copy of A CONEY ISLAND OF THE MIND and other books by Ferlinghetti and have read them so many times over the years. His poems inspired me, still do. The economy of words, the precise images.

When Hurricane Katrina ravaged our city, I lost most of my photos and negatives, including my photo essay of Johnny Nolan has a patch on his ass.

Recently, I read the poem to someone who have never read it and got teary eyed. Comes from being an old man. Comes from realizing how many things you loose in life.

"Johnn Nolan has a patch on his ass