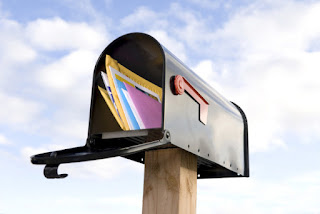 As if we haven't seen enough blog posts lately about how to sell our fiction . . .

My topic today is cover letters. It came to mind after a Zoom session I attended recently about marketing short stories. We discussed everything from publications to guidelines to editors to contracts, but when we got to the Q&A part, a surprising number of questions were about cover letters. I guess that makes sense: these letters are our first contact with someone who might actually publish what we've written.

Bear with me, here. I realize you probably know most of this already. But if you don't, or if--like me--you sometimes need reminding, here are some essentials about cover letters for short-story submissions.

The first thing to remember: they're not query letters. A query letter is generally sent to (1) a publisher or agent of novels or nonfiction books or (2) an editor of articles, and its purpose is to ask those gatekeepers to allow you to submit something to them for consideration. A cover letter is for short fiction, not nonfiction, and it doesn't ask the editor if he/she wants to see the finished product; it accompanies the finished product, and serves as an introduction.

Having said that, here are some do's and don'ts:

1. Always send a cover letter unless guidelines tell you not to. Think of it as a courtesy. I've submitted a lot of short stories, and I can recall only a handful that were not accompanied by a cover letter.

2. Keep it short. Usually several brief paragraphs, and certainly less than a page.

4. If it's emailed, use your cover letter as the body of the message. I single-space mine, with no indentions, one space between paragraphs, and a less-formal comma instead of a colon after the salutation. If you're using an online submission system, type or copy your cover letter into the submission box at the publication's website.

5. Use the editor's name--"Dear Ms. Martin"--and not just "Dear Editor." If you don't know the name, you can usually find it under "Masthead" or "Staff" or "About Us" at the publication's site.

8. Mention any previous contact you might've had with the editor at a conference or elsewhere, especially if she suggested you send her a manuscript.

9. Include at least two paragraphs in your letter. I think the first should say "Please consider the attached story, 'Story Name,'" or "I have attached the short story 'Story Name' for your consideration," or words to that effect, followed by something like "I hope you'll want to use it in a future issue." The second paragraph is usually a short bio listing several writing credits and awards. If you don't yet have publication credits, mention instead any kind of writing experience you do have. If you include a third paragraph, just say something like "Thank you for your time."

10. Customize your bio to fit the publication you're submitting to. For example, Asimov's probably wouldn't care that you've been published in Woman's World, and literary magazines might not be impressed with genre credits of any kind. If I send something to a lit journal, I mention previous publication in places like Writer's Digest, The Lyric, and Pleiades; if I send to mystery magazines I mention AHMM, EQMM, Strand, etc.

11. Be honest in your bio, but give it the best possible spin. If the only things you've published are two short poems in obscure magazines and a tiny essay in The Paris Review, your bio should probably say, "My previous work has appeared in several publications, including The Paris Review." Truthful without being confession-booth revealing.

12. Don't try to be cute or witty in your cover letter, or use funky fonts.

13. If submitting via snailmail, don't use fancy stationery. In fact, regular white copy-paper is fine.

14. Don't include a synopsis of your story, or say anything at all about the story or its plot, unless instructed to in the guidelines.

15. Don't mention anyplace else that might've rejected your story, or anything anyone else has said about it (good or bad).

16. If you don't yet have any writing credits, don't point it out. Instead say something briefly in your bio about your job or your location. Before I'd published any stories, I said something like "I'm a former Air Force captain, I live in Mississippi, and I work for IBM." Bios, at any stage of your career, shouldn't be too wordy.

17. Don't mention how thrilled you would be to see your work in print.

19. Don't say anything not relevant to your submission. The editor won't care how many cats you have, or that you belong to a quilting group, or that you enjoy hiking in the mountains. (Unless that's an integral part of the story you're submitting.)

20. Don't say anything about rights unless your story's a reprint. If it is a reprint, include in the first paragraph the date of previous publication and the publication's name and issue. ("This story previously appeared in the March/April 2001 issue of AHMM.") The only exception to that is if I'm trying to sell a story that I've already had published more than once. In that case I mention only its first publication and not any subsequent publications. ("This story originally appeared in the March/April 2001 issue of AHMM.")

NOTE 1: These "rules" are not set in stone. I'm well aware that there are other ways to get the job done. But I know this works.

NOTE 2: Something I used to always include in the third paragraph of my cover letters (it's laughable, now): "I've enclosed an SASE for your reply. If my story doesn't interest you, there's no need to return the manuscript itself." Let's hear it for electronic submissions. 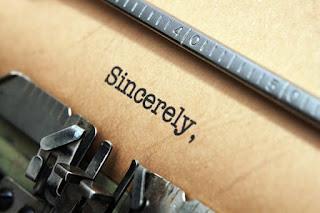 Please consider the above blog post, "Cover Me--I'm Going In." A modified version appeared in the May 1999 issue of Byline Magazine. I hope you can use its information in your future submissions.

Thank you for your time.