When An Explorer Is Not Equipped With A Vocabulary

Before setting sail on his voyage of discovery in 1492, Columbus had to make sure he and his ships were well equipped.

As you can see, the equipment of a 21st-century astronaut differed greatly from that of a 15th- century navigator. But the purpose of explorers across history is always the same: not only to go out and see, but to report back to the rest of us who can't go and see for themselves.

I found a list of the "ten best" real-life adventure books, nominated by a panel of explorers, in esquire.com. The five written by the explorers themselves were:
The Kon-Tiki Expedition (1950) by Thor Heyerdahl
The Worst Journey in the World (1922) by Apsley Cherry-Garrard
Lost In the Jungle (2005) by Yossi Ghinsberg
Touching the Void (1988) by Joe Simpson
Into the Heart of Borneo (1987) by Redmond O'Hanlon

And how about literary figures like the 19th-century explorer Sir Richard Francis Burton? This fascinating man was a soldier, a diplomat, a spy, a translator of the classic Indian and Arabian erotic texts, and more, tarnished only by anti-Semitic beliefs. (Honestly, Sir Richard!) Isabella Bird, the first woman admitted to the Royal Geographical Society? T.E. Lawrence, better known as Lawrence of Arabia, not an explorer but an articulate participant in a culture not his own? In fact, a vast body of travel literature appeared in the 19th century, when exploring became a fever and publishing one's journals and observations a goal for those who made it back. Since then, we've been able to read all about the world beyond our own experience.

But what about explorers who have no gift for describing what they see? What use are their travels to the rest of us?

This is not merely a modern problem.

Samuel Eliot Morison, the hallowed biographer of Columbus, won a Pulitzer for Admiral of the Ocean Sea. Morison, who replicated all the Admiral's voyages in his own sailboat, raves about Columbus's skill as a navigator and creator of charts a modern sailor could still use. Morison doesn't mind that Columbus was no naturalist nor complain that there was no naturalist aboard to describe the abundance of unfamiliar flora and fauna the Europeans saw. 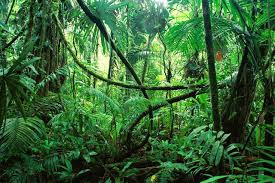 But Kirkpatrick Sale, in Christopher Columbus and the Conquest of Paradise, complains: "To convey the lush density and stately grandeur of those tropical forests, he had little more than the modifiers 'green' and 'very.'" He goes on to quote from the Admiral's journals and letters back to Spain in late 1492: "'very green trees,' 'trees very green,' 'trees so green and with leaves like those of Castile,' 'large groves very green,' 'trees beautiful and green'..."; as well as his inarticulate expression of diversity: "'trees of a thousand kinds,' 'a thousand sorts of trees,' 'trees different from ours,' 'trees of a thousand kinds'...".

It wasn't only Columbus. Sale quotes Oxford scholar J.H. Elliott as saying that in general, "'the physical appearance of the New World is either totally ignored or else described in the flattest and most conventional phraseology [by 16th-century European explorers].'" Sale says: "This lack of interest was reflected in the lack of vocabulary, the lack of that facility common to nature-based peoples whose cultures are steeped in nature imagery."

It makes perfect sense, right? But it wouldn't happen now, we think. Twenty-first century exploration, whether to the few wild places left on Planet Earth or into space, has or will have all sorts of experts and the equipment to measure minutely and report accurately what they observe.

But who will receive this information? Our spacegoing scientists report the details to NASA, which, depending on the details, usually means the government and/or the military. The rest of us get the media-grabbing highlights. And what are those, these days?

In 1969, when Neil Armstrong landed on the moon, we got a few words to inspire:
"One small step for a man, one giant leap for mankind."

On May 12, 2017, the way I heard it, when astronaut Jack Fisher was asked for his impression of space on his first spacewalk, he said, "It was awesomesauce."

When I checked, it turned out what he actually replied to, "What's it like?" was "A ginormous fondue pot, bubbling over with piping hot awesomesauce.” Let that be a lesson to me and all you writers out there. Always check your sources! But that's beside the point.

If all we, the people, learn from our explorers is that what's out there is "green" or "awesomesauce," will exploration eventually be deemed not worth the effort? More likely, our culture will conclude that since pictures do the job and words do not, words have no value whatsoever.

Liz's Jewish historical adventure novel, Voyage of Strangers, offers an alternative perspective on Columbus's explorations. The sequel is Journey of Strangers, set partly in São Tomé off the coast of West Africa and partly in the Ottoman Empire.
Posted by Elizabeth Zelvin at 00:01