A Day We'll Not Soon Forget (Plus New Year's Resolutions)

Let me take a breath.

Lucky me, getting my turn in the rotation on the day after armed insurrectionists mobbed our national capitol.

And here I was going to talk about New Year's resolutions.

Well, if the past few years have taught me anything, it's that flexibility is a big part of a life well-lived. So let's be flexible.

Like many of our readers, I have been eager to put 2020 behind me and embrace a new year, one with the promise of vaccination against this horrendous, never-ending pandemic, a restoration of some semblance of "normality" to our daily lives.

As part of this enthusiasm for a change, I made the New Years' resolutions I intended to share in today's blog post. Mine are pretty basic:

That's it. No writing resolutions. As I laid out in my Christmas Eve post two weeks ago, I had a host of 2020 writing resolutions, and I knocked them out of the park. Overwhelmingly successful on that front, with the single exception of finishing my current novel. But that's going to get done this year. No resolution, just a statement of fact, because I cleared all of my other existing writing projects and published a three novella collection in November!

And, because I am both a student and a teacher of history, I would like to take a moment and briefly address what took place in the U.S. Capitol today.

Let me begin to saying how utterly horrified I was to serve as a remote witness to the violence visited upon our capitol and our republic today. There is no getting around the facts: a mob, whipped into a frenzy by our current president, marched to the Capitol and interrupted Congress' confirmation count of the 2020 election results. They chased the Congress into lockdown. They took selfies all over the Capitol (and published them on social media. Evidence much?). They smashed. They stole. They burned. They dropped at least two explosive devices in their wake. Four people lost their lives.

For some context, the Capitol has been the scene of violence a number of times before. The British burned it in August of 1814. 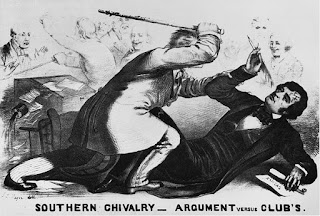 In May of 1856 a South Carolina congressman named Preston Brooks entered the Senate Chamber, and
broke his cane beating the stuffing out of New England anti-slavery firebrand senator Charles Sumner. Brooks insisted he was defending the honor of his kinsman, a South Carolina senator Sumner had just insulted in a speech on the Senate floor. Brooks was censured in the House, resigned, and was reelected to his open seat in the House. Members of Congress went to the Capitol heavily armed for months afterward. The incident was just one more step on the road to the Civil War.

In March of 1954 a group of four Puerto Rican separatists opened fire in the House of Representatives and wounded five congressmen. They languished in jail for years before being paroled in the late 1960s.

If I had to guess, I would say that the thugs who took pictures of themselves sitting in places like Speaker Pelosi's office today, who looted the Capitol, who shattered windows and broke down doors, and left their trash heaped in their wake are far more likely to come suffer a consequence similar to the one suffered by those Puerto Rican separatists (arrest, prosecution and imprisonment) than the lack of them Preston Brooks experienced. They're already being tracked and identified on Twitter.

So while I am disgusted and horrified by the events of today, I remain hopeful for the future. Congress certified the Electoral College results this evening after a five hours delay. We bounce back. And we have gotten through worse.

Like that time at his inauguration afterparty when Andrew Jackson had the Executive Mansion staff set up bowls of (alcoholic) punch on the White House lawn to lure the thousands of trespassers who had just completed trashed the "People's House," celebrating his inauguration.

So finally (Remember this number!): See you in two weeks! 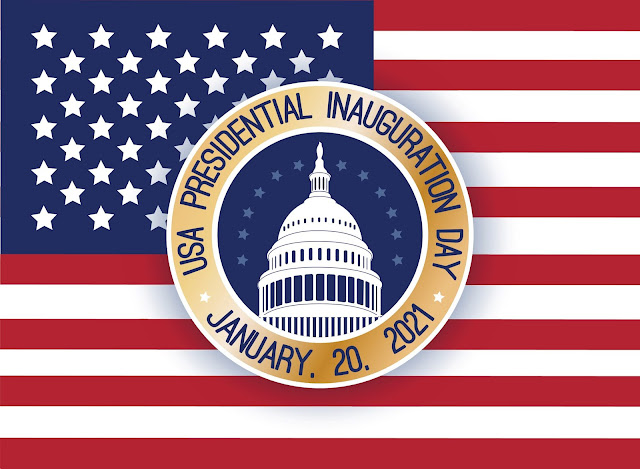 Posted by DoolinDalton at 01:53