I have often said, at this blog, that I believe writers--novelists. nonfictioners, poets, short-story writers, whoever--should expect to be paid for what they write, and should never have to pay anyone else to get it published. I especially don't like the concept of "reading fees" for those who submit their work to publications. And I practice what I preach: I have submitted many, many short-story manuscripts, and I have never paid a submission fee, and I don't plan to. As the high-school troublemaker once said when asked why he didn't like school, "It's the principal of the thing." The spelling's different, but that's my explanation too.

But … I took part in a discussion about a month ago that offered a look at this issue from another perspective. It wasn't enough to make me change my mind, but for the first time I could at least understand why some publications choose to charge writers for their work.

Hear me out, here. I'd like to see what you think. 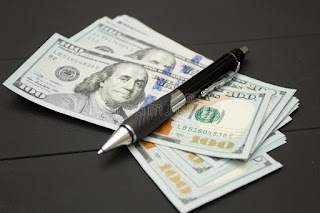 The argument against submission fees

For the past several years, it's become common for some publications, mostly literary magazines, to charge writers from two to five dollars or more to submit a short story for consideration. It goes without saying that most of those stories will be rejected, but even if they're accepted, their authors will usually be paid very little, and sometimes nothing at all. What a deal, right? Pay for a chance to win, and even if you win, you lose. Or at least you lose money. I guess what you would gain is prestige, but I find myself wondering how much prestige is involved in an arrangement like that.

As pointed out in the excellent Atlantic article "Should Literary Journals Charge Writers Just to Read Their Work?" by Joy Lanzendorfer, this kind of thing is often scorned in all other areas of publishing. If a literary agent even hints at charging reading fees, writers are cautioned to avoid him or her, and the same goes for the publishers of novels and almost anything else except short fiction. But the editors of more and more magazines are doing just that.

And this is happening at a time when everyone's trying to make publishing more diverse, and more accessible to underrepresented groups of writers. I have to ask myself, How does the charging of reading fees fit in, there? The first thing that comes to mind is that the folks hurt the most by submission fees are the ones who might not be able to afford them. If you're already an outsider to publishing, and/or probably aren't among the wealthiest of writers, isn't this kind of thing going to do more to discourage your literary efforts than to encourage them? By the way, the more established authors are often not asked to pay these fees, which makes me wonder if the lesser-known writers are having to foot the bill for everyone else. 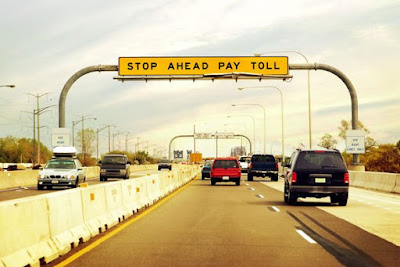 The argument FOR submission fees:

The magazines that charge these fees make what might be an understandable point. They say it's not so much about money; it's about the huge volume of submissions they receive. The electronic age has made it easy, maybe too easy, for writers to submit stories. No longer do we have to pay for stamps or paper or printer ink or envelopes or trips to the post office. We either email our stories to editors or use the online submission process via their publications' websites. It's all free, and convenient. As a result, more writers are sending in stories, some of them stories that should never have been written in the first place, much less submitted for publication. So part of the reason for reading fees (also called "processing fees" or "administrative fees") is to cut down on the number of submissions by--supposedly--weeding out the writers who might not be serious about their writing. I'm not sure if that's working, but that's the idea.

The fees also generate money for the magazines. After all, many of these publications, some of which are college literary journals, don't have full-time people on staff and are struggling to make ends meet--so three or four dollars per submissions can give them some much-needed funds, they say, to do things like hiring more readers to handle the volume.

So those are the two pluses, for the magazine: fewer unworthy submissions and more cash to pay the bills. 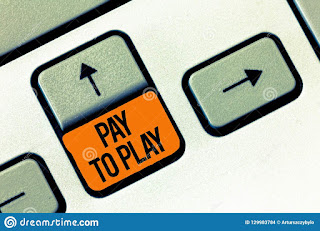 Back to my own views:

To quote Mr. Biden, "Here's the deal." I don't like the concept of submission fees, and by God I won't pay them. On the other hand, I do realize that these underfunded publications need some way to stay afloat. One answer to this, I would think, is for writers like you and me to support the magazines we want to write for in other ways. It would seem that the best of those are either donations or subscriptions. Sure, subscriptions can be expensive, but at least you'd be getting something back from an investment like that, while helping the publications themselves. (I admit that I'm exempt from some of this, because I read--and write for, and subscribe to--mostly mystery magazines, who don't charge reading fees, and not literary magazines, who often do. But I believe the argument stands.)

Now, having said all that, what do you think? Should magazines charge submission fees? Do you, or would you, pay them? Have you done so, in the past? Do you see, as I think I finally do, the reason these publications feel the need to charge fees? Do you think those reasons are valid? What would your solution be, if you were one of those editors? Are you a writer who subscribes to the magazines you submit stories to?

The whole matter is a volatile issue, and to some degree it still irks me when I think about it. But in my old age, I'm trying to be more understanding and more receptive to things I don't like and things I don't agree with. I'm not all the way there yet, but I'm trying.

And that's it. I'll be back in two weeks with a cheerier subject. (I don't know yet what it'll be, but it sure better be cheerier than this.)