The Mystique of the British Aristocrat 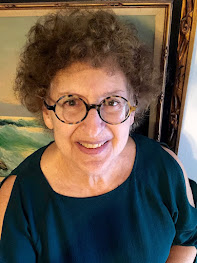 I grew up loving British novels—not wisely but too well—and one of their most reliable features was the recurring character of the British aristocrat, who could usually be counted on to have highly polished boots—the mirror-like finish applied by a valet—ride to hounds, spend more time in his London club than in his wife’s company, never mention such a vulgar topic as money, and always, always know with which fork to eat the fish. Found in the pages of Georgette Heyer and Dorothy L. Sayers as well as more rarefied company, this character had a mystique. Probably mythical to begin with, he certainly exists no longer. The hereditary peer no longer takes his seat in the House of Lords by right. Today, a limited number of them mingle with the peers given lifetime appointments for a wide array of services to the Crown. Mystery writer Janet Neel, for example, bless her heart, sits in the House of Lords as Baroness Cohen of Pimlico.
But let’s not talk about the real-life Baroness Cohen, beyond mentioning that Death’s Bright Angel is one of my all-time favorite mysteries, maybe even in the top three, certainly the top five or ten. I don’t even want to talk about that kind and courteous model of the parfait gentil knyght, the fictional Lord Peter Wimsey. Or the Earl of Grantham from Downton Abbey, who makes a case for landowners like him as responsible for the wellbeing of the land and the people who work it. I want to talk about the meanies. Golden Age and historical mysteries are full of them, as are novels of and TV series about earlier times, when upstairs was upstairs and downstairs was downstairs.
Look at Lady Catherine de Bourgh, Darcy’s aunt in Pride and Prejudice. She cultivates servility in the 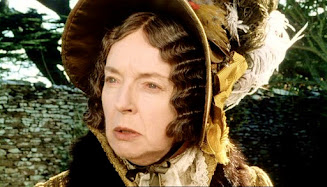 vicar, Mr Collins, and other dependents and takes pleasure in being critical, blunt, and nasty every time she speaks. Furthermore, she couldn’t think more highly of herself. She believes herself a holy terror by right and makes life miserable for everyone around her. Wouldn’t it have been lovely if Elizabeth Bennett could have said to Darcy, “Your aunt is the most obnoxious old bitch I’ve ever met. If you must keep up the connection, you can visit her at Rosings by yourself. She’s never setting foot in my home.” But alas, Jane Austen wouldn’t let her.
There is a classic meanie in Downton Abbey: Larry, Lord Merton’s son, who doesn’t want his dad to marry the middle class Mrs. Crawley. Her deceased husband was a doctor, her late son a lawyer before becoming heir to Downton, and that’s the end of it. Being grandmother to the present heir can’t make her anything but hopelessly vulgar in his eyes. He’s also scathing in condemning the Irish socialist chauffeur Tom, who had the temerity to marry the Earl’s daughter. He even slips a mickey in Tom’s drink at the dinner table to make him behave badly. There’s well-bred aristocratic manners for you! 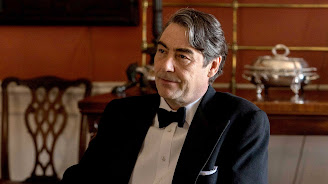 I’m a veteran of many rants about the British aristocrat, but what set me off this time was watching, not for the first time, Nathaniel Parker play the aristocratic father of the motorcycle-riding vicar Will Davenport in Grantchester, set in the 1950s. Papa Davenport is a piece of work. Keeping up appearances in the entrance hall and dining room while the rest of the stately home—moulders away like a set for Miss Havisham’s decline. “We belong to it, not it to us,” he tells his son, not mentioning he’s about to bequeath him enough debt to bury the estate. His son is “a constant disappointment” because he’s a clergyman instead of out committing adultery, gambling, lying, bullying his wife, beating up the servants, and putting on a show with money he doesn’t have, like dear old Dad. He was terribly rude to Will’s friend Inspector Keating as well. I wanted to cheer when the Inspector didn’t bat an eyelash. His worth is based on integrity, not smoke and mirrors. 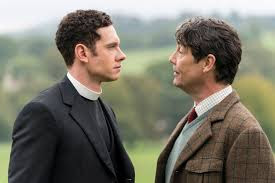 I’m sure you’ve read as many examples as I have of the self-satisfied British aristocrat who despises, not the working class, with whom they believe they have an “understanding” (the working classes work, and the aristocrats take the fruits of their labors for granted), but the middle class, with their “middle class morality,” which usually comes down to making sure they have the money before they spend it, thinking paying the tailor and the grocer is more important than paying excessive gambling debts incurred while drunk, and thinking “thou shalt not commit adultery” is not such a bad idea. The aristos give them a lot of contempt for taking that one seriously.
So here’s my core question. What do they have to be so proud of? What are their values and virtues? Let’s assume for sake of this rant that we’re talking of the least admirable of the fictional or mythical British aristocratic class, back in the days before the concept of class began to break down. The Edwardian era was probably the last era in which they flourished, though their lands and great estates were falling prey to death duties and general economic and social modernization.
They go to public schools, at which they are introduced to bullying, early sexualization, and a certain amount of physical torture. They’re removed from female influence, so they lack any models for the relational side of psychological growth, ie connecting rather than competing as a way to be with others in the world.
For entertainment, their greatest delight is to be taken to see panto every Christmas. If you’ve never seen it, panto is a broad slapstick rendition of classic fairy tales performed in drag. The “principal boy,” ie the hero, is always played by a woman. The female lead, played for comedy, is always played by a man. Panto has been around since the 18th century and is still popular. I imagine generations of confused children thinking they’re supposed to grow up to be cross-dressers, whether they want to or not. The victim of autoerotic asphyxiation in a ballet tutu in P.D. James comes to mind. (I won’t tell you which novel.) Another feature of panto: the audience shouts, “Look behind you! Look behind you!” to the character who is about to be clobbered. Good training for those public schools and later for the Army, you may say. But the hero never listens and always gets clobbered. What’s the takeaway from that?
Here’s what classic British aristocrats value. Breeding: the one quality they share with their dogs and their horses. No wonder they value their dogs and their horses more than people, especially, if they’re meanies, their families and the people who work for them. Breeding is supposed to give them good qualities, but if so, where does all that rudeness come from? They value not talking about money and despise people who do. You read about it in almost all of Georgette Heyer’s Regency romances, some of which are mysteries. They order expensive outfits to wear once to a fashionable ball and don’t pay for them—just order two more to keep the modiste hooked—but are disgraced if they don’t pay their gambling debts. If they go broke, they have to leave the country. Maybe they should talk about money and take in a little common sense. As I said, they despise “middle class morality” and are endlessly proud of screwing around. Doing it is one thing. Being proud of it? Huh?
And finally we come to the forks. I can think of a lot of deficits in other people that might tempt me to despise them. But if you tell me there’s a group of people to whom the true measure of worth as a human being is being able to distinguish among perhaps twenty different metal utensils, each to be used to eat a different food, I’d say, “How interesting. Where do they live? Is the tribe extinct yet? And did Margaret Mead ever get to study them before they died out?”
Well, they lived in England, some between the pages of a book, some in movies, and some in reality. They’re not extinct yet, but they’re going down fast. And if they want any of them to survive, they’d better get over the forks.
Posted by Elizabeth Zelvin at 00:01