We have a mixed attitude toward history, and toward historical fiction, particularly fictionalized biography. I think the issues are compounded when the subject is familiar to us, through myth or received wisdom, and we take it personally. We can mislike having our habits of mind disturbed. Look at Shakespeare. He rests in a somewhat shallow grave; we know so little about him, the early years, certainly, that we’re each free to imagine him on our own image.

Which is what Kenneth Branagh does in his movie All Is True, not Shakespeare early on, but in old age. I don’t agree with much of Branagh’s speculation, but I don’t fault him for it. We can conjure up ownership out of affection for the plays, or the poetry, or fixed ideas, and resist a different interpretation. The difficulty I have with Branagh’s reconstruction isn’t that his Shakespeare is unconvincing personally, but his characterization of a working writer is inauthentic and reductive. 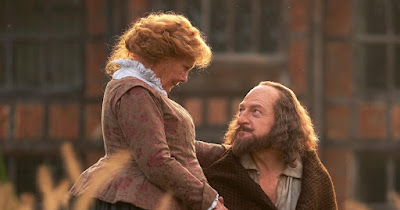 By contrast, Shakespeare in Love seems right to me, but probably because the filmmakers were less constrained by known quantities, and both convention and hard facts were elastic. They used playfulness to their advantage, and the picture lets in air and light. 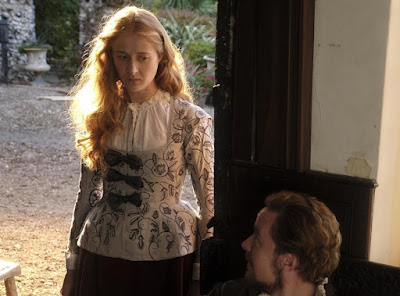 My personal favorite is Anthony Burgess’ extraordinary Shakespeare novel, Nothing Like the Sun. He later published a straight-up biography, which I also devoured.

Burgess characterizes the late Elizabethan as a word-drunk age, and Nothing Like the Sun is profligate. Burgess was always drunk on words – Clockwork Orange, anybody? – but his Shakespeare book is written in a headlong Elizabethan stream-of-consciousness that bends the laws of physics. It was like nothing I’d ever read, and still is. It takes some balls to write Shakespeare in first-person, to imagine yourself into Will’s doublet and hose, and his voice.

That being said, All Is True has a lot of good stuff. The candlelit interiors were apparently shot by candlelight, for one, which is no small trick. The settings and the art direction are terrifically authentic. People were paying attention. The cast is wonderful: Branagh himself, Judi Dench, Kathryn Wilder as the older daughter, Ian McKellen’s cameo as . I think the picture suffers simply from being too earnest; I can’t buy the conceit that Shakespeare was treated like a monument in his own lifetime. He brought himself notoriety, and financial security, but how could he not still be, in his private and less secure moments, the upstart crow? 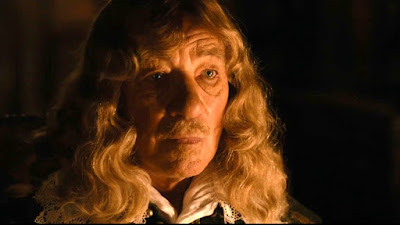 There’s one close to sublime moment in All Is True, a little past the halfway mark, when McKellen shows up as the Earl. It’s already been established in a conversation between Will and wife Anne that Southampton is widely thought to be the Dark Lady of the sonnets – they’re dedicated to him – and late at night, the two old boys slightly in their cups, Will reels off the whole of “When, in disgrace with fortune and men’s eyes,” as a sort of swan song or even perhaps reprimand. And then, astonishingly, quotes it back to him, from memory. The scene is done in tight close-up, a long single take for each of them, with no reaction shots. Every seamed furrow of their age shows in the firelight. These are men in their waning years, and the bloom of youth is long past, yet, “Like to the lark arising at break of day/From sullen earth,” we see them lit from within, luminous and transparent.

This is the last piece I’ll be posting before November 3rd is upon us. I’d ask that each and every one of us exercise our responsibility to vote. Take care and be well.