And Now for Something Different …

I don't like all movies, any more than I like all novels or short stories–but I like all kinds and genres of movies. Adventure, mystery, romance, horror, western, war, sports, science fiction, fantasy, humor, drama, animated, musical, documentary, silent, foreign, pretty much anything. If it looks interesting to me, I'll watch it–or at least start it. I admit I've grown a little tired of superheroes and zombies, but I'll usually give anything a try.

I will also, occasionally, watch a movie just because I've heard it's off the beaten track. That of course doesn't always turn out well–sometimes you run screaming back to what's safe and familiar. But sometimes it does work. 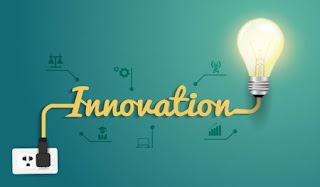 If you're into this kind of thing, here are some more "firsts":

The first movie to feature …

While not necessarily "firsts," the following are a few movies I've either watched or re-watched over the past months that I can truly say are innovative: 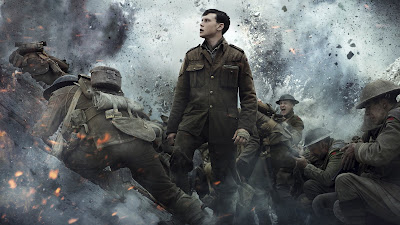 1917 (2019) – The entire movie was filmed in one continuous, unbroken shot. This was done also in Russian Ark and, with a few subtle edits, Hitchcock's Rope. But 1917 takes the viewer on a long journey with many different locations, in one person's POV, from start to finish. I loved it.

All Is Lost (2013) – Filmed with no dialogue. Well, that's not quite right: There's one word, a familiar expletive spoken by the main character (Robert Redford) at a point when things get extra frustrating. To shoot a movie this way, involving only one man and his boat and the ocean, and still make it entertaining, is impressive.

Memento (2000) – This one doesn't just have a nonlinear timeline; it's filmed backwards. Specifically, it's in two sections, the first part chronological and the second part backward. I never saw anything like it.

Vantage Point (2008) – The same story is told multiple times, one after the other, each time using a different character's POV. (Rashomon, if I remember correctly, did almost the same kind of thing.)

The Blair Witch Project (1999) – A "found footage" movie. It wasn't the first to be filmed this way, but it was the one that made the process famous. Troll Hunters, years later, was my favorite of these, and I liked Cloverfield also. (My college roommate and I saw Cloverfield together in the theater in 2008, and we had to leave early because the realistic, jerky camera movement made him sick.)

Psycho (1998) – A remake that was faithfully re-created shot-for-shot from Hitchcock's 1960 classic, just with a different cast, director, etc. It's worth watching if only to see the way it was done.

Boyhood (2014) – Shows actors as they grow in real life. It was filmed from 2001 to 2013 and follows the life of a boy in Texas from the age of six to eighteen. To my knowledge it's the first movie ever to try this.

Executive Action (1996)/Deep Blue Sea (1999)/Psycho (1960) – Each of these is unique in that one of its biggest and most recognizable stars is unexpectedly killed off very early in the story (Steven Seagal/Samuel L. Jackson/Janet Leigh). That's risky, but in these cases it seemed to work.

Adaptation (2002) – A multiple-award-winning film about–believe it or not–the writing of the movie you're watching. Robert Ebert said, "To watch the film is to be actively involved in the challenge of its creation." Weird but fascinating.

Flags of Our Fathers (2006)/Letters from Iwo Jima (2006) – Two separate Clint Eastwood-directed movies about the same event (the Battle of Iwo Jima), told from two different POVs–the first from the U.S., the second from Japan.

NOTE: One that I've not yet seen is Timecode (2000). It supposedly features four continuous storylines in real-time split screens. It is at this moment in my Netflix queue.

There are many, many more movies that try something new, with varying results. What are some that come to mind, for you?–and what innovative things about them made them appealing to you (or not)? Any that I should be on the lookout for? Any I should avoid?

Next time, back to the subject of writing.