Why I Don't Read or Write True Crime, Part Two

This is Part Two of a three-part series. For Part One click here.

When I was a boy in elementary school I lived on a rural bus route far enough from school that if I missed the bus, it was either a long walk or a briefer, but not insignificant, bike ride to school.

Both my parents worked jobs that got them out of the house early, so if I did miss the bus, I was indeed on my own. My mother used to set the timer on the kitchen stove before she left for work every morning, and I knew that when that timer went off, it was time for me to go out to the stop in front of our house.

This was our system from the day I started 2nd grade until I moved on to junior high school several years later. In all those years I only missed the bus a couple of times. 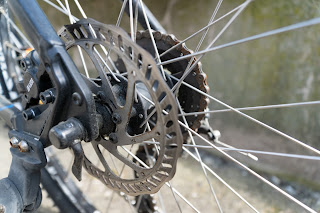 And yet for a stretch of several months in fifth grade, I began riding my bike to school. I did it because another boy in my grade suggested we do it together.

His name was Greg, and we had been in the same class a few times, although that year we weren't. We occasionally played Foursquare or on the monkey bars at recess, and we were briefly in Cub Scouts together, but I wouldn't say we were exactly "friends." We just did things together, at school, and riding to school together.

Greg was a nice enough guy. Not really ebullient. Not flashy. He talked about how he already knew how to make French toast and how he made it himself for breakfast most days. As someone who had yet to move past mastering cold cereal, I was duly impressed by that. Greg was just "handy," or at least seemed so, in ways where I felt deficient.

Best of all, Greg wasn't mean. We didn't have a lot of "mean" kids at school. Don't get me wrong, every kid has it in them and we all channeled that regularly, and even with people we may have actually liked. But that was mostly kids trying things on, figuring out who they were and how they were going to get through their days. You know, "growing up." Most of the kids I grew up with weren't that kind of "mean," the sort of person who takes joy from actually making someone else miserable. Certainly not mean like Peter, the kid who stole my dad's stocking cap off of my head while my class was lined up waiting to get on the bus one afternoon in 5th grade. Boy, do I remember that guy. 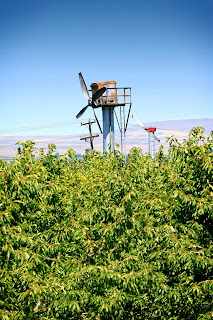 I started riding to school with Greg because of Peter. On that day when Peter stole my dad's hat I missed the bus home because I stayed behind looking for it. None of the other kids admitted to seeing who had taken it, and I was afraid to leave school without trying to find it.

Bear in mind, this took place during the mid-1970s. Teachers were around, but it wasn't like it is now, when you can't walk three feet in an elementary school parking lot during morning drop-off or afternoon pick-up without having two or three staff members cross your line of sight. And it didn't even occur to me to ask a teacher for help.

So the bus left without me.

Within fifteen minutes I had given up the search, resigned to walking home and hoping my dad would forget about his stocking cap, and maybe never ask me about it. And all of a sudden, there was Greg, unlocking the combination lock on his bike chain, getting ready to ride up the long, steep hill that made up the first one-quarter of my coming walk home.

We started talking. Him asking me why I missed the bus, me telling him (I didn't yet know it was Peter who took my cap.). Me asking why he was leaving school so late, him telling me (getting help with math.).

Without either of us so much as suggesting it, we went up Stone Road to the top of that long hill together, Greg riding in slow circles around me as I walked. And then we also took the straight-as-a-preacher's-back, mile-and-a-bit stretch of Tieton Drive together until we reached my house. 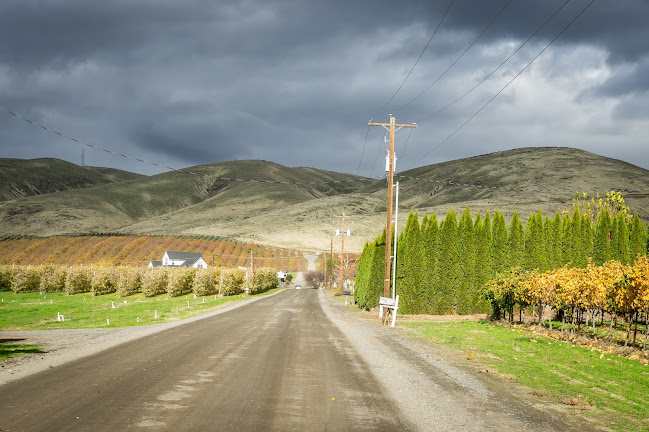 As he was riding off, he said, "You should ride to school with me tomorrow."

And I continued to for most days after that. And this went on for weeks.

And then one day, Greg didn't show up at my house, so I rode to school by myself. Greg wasn't at school either.

It wasn't something I questioned. I didn't find it odd. I didn't even give it too much thought. Like I said, Greg and I weren't really "friends." We rode to school together. And I liked him. He was a part of my day, but I didn't think of him as a "buddy."

Looking back, Greg was clearly something of a loner. During those rides we rarely talked, and never about his family. He never mentioned his parents. When he did talk about home, it was always about something he was doing, a project he was working on. But mostly we just rode together. Greg seemed pretty comfortable with long stretches of silence.

And that's what set us apart. I was a blabbermouth (there are some who would say that hasn't changed). I wasn't comfortable with silence. I didn't have "projects." In the afternoons before my parents got home (my mom bringing my two-year-old brother from daycare), I read Hardy Boys books and Edgar Rice Burroughs and Robert E. Howard, and played in the big empty barn on our acreage and fortified it as if I were the U.S. Cavalry fighting off the Sioux. I rode my horse. I changed sprinklers if it was the right season (and sometimes not even then.).

And I watched a lot of Star Trek. Okay, and Gilligan's Island. It was the '70s. We had three broadcast channels and PBS.

But Greg didn't show up the next day. Or the day after that. I thought it was odd, but wasn't really concerned. After all, I was ten.

And no one said a word about his absence at school. I knew something was up, but like I said, I was ten, and I didn't really know what to say or do about it. I just did what everyone else around me did: went about my day. I even rode the bus again a couple of times.

About a week went by before my mom told me that Greg had died. Now, this was in 1975 or so, and memory is an imperfect thing. I honestly don't recall how my mom found out about Greg's death, whether it was in the paper, or whether she heard about it from a neighbor, or even at work (she worked at a hospital), and I haven't asked her about it before sitting down to write this blog entry, so I can't really say how she knew, she just did.

I asked if she knew how Greg died. She said he'd hanged himself from the banister in his house. He'd used his own belt. I remember thinking at the time, "That's handy." It wouldn't have even occurred to me to use one. Being ten, I kept that part to myself.

I did ask my mother whether it was an accident, maybe he was just goofing around? Nope, she said. He'd climbed up there meaning to kill himself.

I remember wondering why he'd done it. I remember asking my parents why he might have done it. They both supposed there were problems in Greg's home, but no one seemed to know for sure.

Mostly I remember just being baffled.

In my quiet moments (yes, I had them. Not a lot of them, but I did have them.), especially when riding my bike to school, I would occasionally think about riding with Greg. I didn't possess the perspective or vocabulary to ask myself these questions then, but I have often in the forty-five years since: were we actually friends? Was Greg just sad, and kept it bottled up? I didn't really know the word "depression" then, and I certainly wouldn't have understood the concept to the extent to which I've come to comprehend it in the decades since.

But I did wonder. I still do.

And I'll never know. And neither will Greg's parents, or the rest of his family, or any of the other kids he went to school with, now well into their mid-50s. I wonder how many of them even remember him? Does Ralph? Does Jack? Does Sheri? Does Terri? Does Rhonda? Does Brett? Does Gina?

I moved to Spokane a couple of years later and lost track of the kids I went to elementary school with, so I have no idea.

I'd had encounters with death before this. A cousin died of leukemia when I was six. Various great aunts and uncles passed away in the years before I turned ten.

But these relatives were ill for a long time before passing away. Greg just died. One day he was there, and the next he was gone. Snuffed out. And no one talked about it.

I didn't talk about it at school, and none of the other kids mentioned Greg's passing.  I have no idea why not. Of course that sort of thing would never happen nowadays. Now, the school district would put out a statement about the sad news of a student's passing, and mention that grief counselors were on-hand to help the deceased's classmates cope with his death, should they require the support.

And I don't think that's a bad thing.

We might currently be a society that loves to talk a problem to death, but there are times when being open with kids about what's going on, encouraging them to ask questions and helping them make sense of the senseless isn't some scene out of a Woody Allen movie: it's a kind and humane thing to do.

But there is a line. Had Greg been murdered instead of taking his own life, would he be better remembered? Would his passing be more interesting to the public? If unsolved, would his death be fodder for message boards and true crime podcasts? Would there be a latent profit motive to discussing his last moments? Would speculating about them allow someone who knew him—maybe "rode to school with him, except for that final, fateful day..."—to cash in with the sort of "hybrid true crime memoir" one of my writer friends mentioned in my previous entry in this series?

I just know that's a book I could never write.

And I damned sure wouldn't read it.

In two weeks: the final installment of my "Why I Don't Read or Write True Crime" series, complete with Russian Roulette, a parking lot drug deal gone horribly wrong, and the goofiest criminal I've ever met.

Posted by DoolinDalton at 02:55