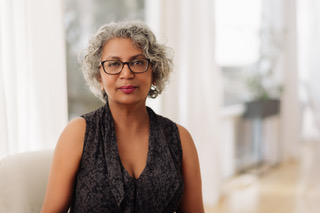 Dr. Ken Obenson is one of only two certified forensic pathologists practicing in New Brunswick, Canada. He holds the distinction of being  first black pathologist certified by the Royal College of Physicians and Surgeons of Canada in forensic pathology.
Although he investigates deaths in deceased of all age groups from babies to adults, it is with the death of babies where, “I often need to apply all the detective skills that I acquired through training and experience. Infants don’t have the usual stigmata of disease or injury unlike adults who tend to have well documented disease histories - and infants can sustain injuries that may not be as obvious at autopsy as adults.”
“My role, in the case of a natural death, is to make sure that I make the best effort to find the explanation for the death so I can allay some of the fears of the family,” Dr. Obenson explains. “When an infant dies, the parents almost always blame themselves. It can be heartbreaking for the parents when we are not  able to  provide a definitive cause of death. Unlike some other practice groups, we don’t use the term SIDS because it is a diagnosis of exclusion. SIDS or not, the cause death is undetermined and this is what they (the parents) worry about. Not just for this baby, but for others they may have in the future.”
One case he investigated was particularly illuminating. It was the death of an infant who was only a few days old. The CT, X-ray, autopsy, toxicology, microbiology and other examinations found no cause of death. Information gathered by the police, revealed that the baby was visited by its’ large extended family who had all held the baby. On a preliminary examination of slides of the markedly autolyzed tissue that he had sampled at the autopsy Dr. Obenson found evidence of viral infection (suspected to be parvovirus) in one section of liver. Knowing exactly what to look for, he reexamined the slides more closely  and found  further evidence of the infection in several other organs.
Because he was able to determine that death was the result of a viral infection, Dr. Obenson was able to allay the parents’ fears that something congenital was responsible for their baby’s death and reassure them that their next baby would not be at risk of dying. It also allows them to make different decisions about how many people their next baby comes into contact with while vulnerable and perhaps they may even insist on hand washing and other infection precautions in the future. Very importantly, it saves them from unspoken accusations that they might have done something directly to cause their baby’s death, like smothering, etc.
Dr. Obenson was quite satisfied with the outcome in this case, knowing that the finding of a lethal viral infection probably helped  the parents in dealing with  their loss.  This is why he insists that as per international guidelines, a  thorough post mortem examination be performed in infants, after a comprehensive death scene investigation with review of  radiologic, toxicological, histologic and microbiological findings.
“My role, when there is a homicide of an infant, is collect evidence such that the law is able to hold whoever is responsible to account,” he explained. “I have been qualified as an expert witness in court which means that because of my training, certification and experience, I am able to  give opinion evidence as to the cause and manner of death, unlike 'eye' witnesses who can only speak to what they have seen or heard.”
Although for most of us, the murder of an infant is unthinkable, it does happen. Dr. Obenson explains that if there is an adult unrelated to the infant living in the house, like a new boyfriend, they are statistically more likely to kill that child. However, biological parents also do kill their babies, with fathers being more likely to do so violently than mothers. Unfortunately the less violent the trauma the more difficult it can be to detect physical evidence of foul play. For example, Dr. Obenson points out, if a baby is smothered, petechial hemorrhages in the eye  that are often seen in, but not exclusive to an asphyxial death are less likely to occur in infants- which is why these death investigations can be so complex.
Dr Obenson takes his role as an impartial witness seriously and derives no personal satisfaction from a conviction. His only responsibility is use all available evidence from death scene, to social circumstances to post mortem examination and ancillary tests to arrive at a reasonable opinion on the cause of death.
Dr. Obenson has practiced forensic pathology in the United States, in Jamaica and for nearly 20 years in Canada. He says, “We don’t have as many suspicious child deaths in Canada, particularly homicides. My theory is that the social safety nets in Canada alleviate some of the social stresses families feel.”
This is the best argument I have ever heard for supporting families: protecting children.
Posted by Mary Fernando at 00:00