"Many people hear voices when no one is there. Some of them are called 'mad' and are shut up in rooms where they stare at the walls all day. Others are called 'writers' and they do pretty much the same thing." — Ray Bradbury

"You must stay drunk on writing so reality cannot destroy you." — Ray Bradbury

"Readers tend to skip through novels but they won't skip dialogue." — Elmore Leonard

"Characters are much more important to me in my book than plot." — Elmore Leonard

"The artist is of no importance. Only what he creates if important, since there is nothing new to be said." — William Faulkner

"An artist is a creature driven by demons. He don't know why they choose him and he's usually too busy to wonder why." — William Faulkner

"The first duty of a novelist is to entertain. It is a moral duty. People who read your books are sick, sad, traveling, in the hospital waiting room while someone is dying. Books are written by the alone for the alone." — Donna Tartt 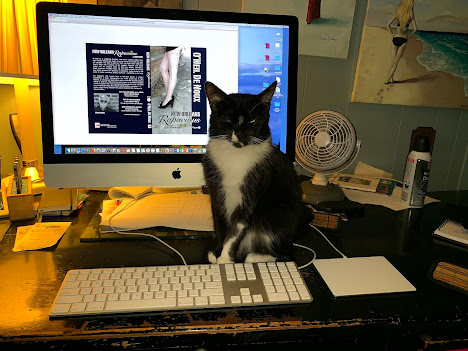 Jeffty is a big help
"The two most engaging powers of an author are to make new things familiar and familiar things new." — Samuel Johnson

"A writer is someone for whom writing is more difficult than it is for other people." — Thomas Mann

"Authors like cats because they are such quiet, lovable, wise creatures, and cats like authors for the same reasons." — Robertson Davies 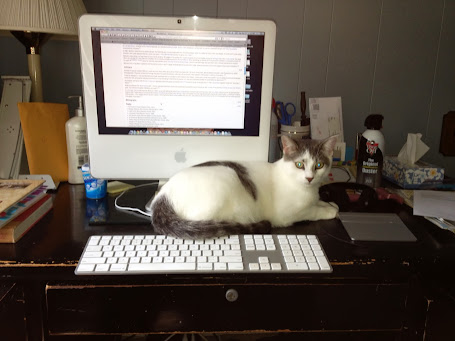 Scamp is a scamp

"Don't tell me the moon is shining; show me the glint of light on broken glass." — Anton Chekhov (maybe be paraphrasing what he said, but it sounds spot on)

"Creativity is an all-together personal thing. It's an art that cannot be taught, normally." — Rod Serling

"A book is the only place in which you can examine a fragile thought without breaking it, or explore an explosive idea without fear it will go off in your face. It is one of the few havens remaining where a man's mind can get both provocation and privacy." — Edward P. Morgan 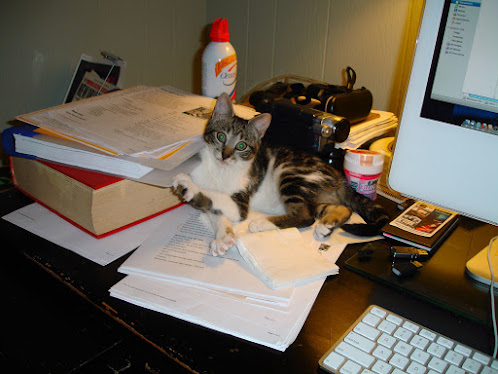 "The only reason for being a professional writer is that you just can't help it." — Leo Rosten

"The historian records, but the novelist creates." — E. M. Forster