TV Series I Don't Get Tired Of


by Elizabeth Zelvin
Like favorite books, there are some tv series that I can watch over and over for the pleasure of hearing the familiar stories retold and revisiting beloved characters. Some of them are crime shows, all are genre fiction and its TV equivalent. Most of my favorite genres and subgenres in reading and viewing overlap.

American political drama
Books: American political novels tend to be thrillers, not my favorite genre, but I do love character-driven traditional mysteries that explore social issues and may have a law enforcement or related protagonist, such as a judge, journalist, clergyperson, or social service worker.
Author examples: Margaret Maron, Julia Spencer-Fleming, Nevada Barr, and Dana Stabenow fall into this category
TV favorites: The West Wing, Madam Secretary

And what do I write myself? The same or similar categories, for the most part.

Character-driven traditional mysteries that touch on social issues (the Bruce Kohler Mysteries)
Historical literary, mystery, and crime fiction (the Mendoza Family Saga)
Urban fantasy with crime fiction (the Emerald Love series)
And a variety of all of those, including a few police procedurals, in my standalone short stories.
I also read, write, and watch some suspense, which probably covers whatever doesn't fit elsewhere. It's limited by the fact, quite awkward in a crime writer, that I don't like being scared.

What do I like about the TV shows I've mentioned? And what do I learn that helps me as a writer? 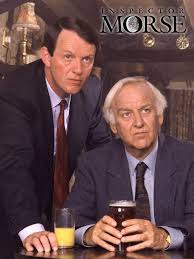 My appreciation of John Thaw as Morse and the way the TV show tells the stories are untainted by knowledge of the books, which I've never read. As a reader and thus as a writer, I demand at least one endearing character. In Inspector Morse and Sergeant Lewis we have two, both fully developed and engaged in a relationship that grows and changes over time. They complement each other as detectives and as personalities, both kindred spirits and polar opposites. We don't need violence or extreme language to become and remain absorbed in the action. The sparkling dialogue, the vivid minor characters, the use of setting as character, the twists and turns of each plot—this is how it's done.

I'm not usually tolerant of fictional chronic alcoholics who don't get sober—and come to appreciate sobriety, like my Bruce Kohler. Inspector Morse is the exception. Why do I give him a free pass? I suppose it's a testament to his charm, his intellect, and what I call in Bruce an "ill-concealed heart of gold." In Morse's case, he always falls unerringly for the wrong woman, and it's a much more endearing flaw than if his mistakes were a result of his drinking.

The other outstanding aspect of the series is the all-encompassing presence of Oxford as a character. On TV, much of the impact is visual, and its impressive architectural beauty is brilliantly photographed. But it's far more than that. The crimes are Oxford crimes. They involve intellect; the sense of entitlement, tradition, and hierarchy; and the peculiar insularity of the university as well as the rivalry and mistrust between town and gown. All this makes for a multilayered episode every time. 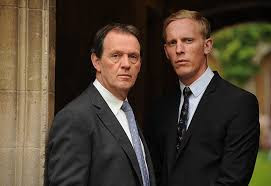 Inspector Lewis I've come to like the Lewis series, starring Kevin Whately, even better than Morse. Inspector Lewis is an engaging character whose defining characteristic is not a flaw but what Louise Penny would call his goodness. Like his former mentor Moss, he doesn't suffer fools gladly, but he reserves his rare moment of irascibility for hidebound colleagues and the occasional arrogant aristocrat.

Lewis's sidekick, Sergeant Hathaway, is the perfect foil. He's a Cambridge man and an ex-seminarian, ie the brainy one. Lewis's apprenticeship with Morse has left him with enough knowledge of Wagner, Latin, and bits of poetry to keep up. They're both terrific detectives who drive their boss, Superintendent Innocent, crazy with their irreverence toward Oxford and its shibboleths and gods. She accuses them of "chippy copper antics" at one point when they've been rocking the boat of some socially prominent crooks. Their delicious dialogue as they work a case is a model of clever buddy banter. Watching again recently, I wasn't sure if I heard Innocent call them a "dynamic duo" or "demonic duo."

And Oxford is still an essential and fascinating character. Far more than mere scenery or dreaming-spires ambiance, it has unique mores and a varied population that lends itself to crimes that could only happen in Oxford. I'd like to think my New York in the Bruce Kohler Mysteries has a hint of that quality. 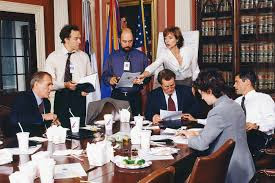 It's hard to talk about The West Wing or Madam Secretary without getting political, since they're both fictional demonstrations of how to govern the United States with intelligence and integrity in an increasingly challenging global environment—and what a very complicated job it is. But the lesson for the storyteller's art, I think, is how brilliantly each of these shows deals with huge themes while engaging the viewer with the emotional life and dilemmas of very real individual people. These shows are also great examples of "show, don't tell" intelligent characters. They absorb and share on demand vast quantities of crucial information on science, politics, economics, world cultures, and a host of other topics. They think on their feet to maintain collaborative strategies with colleagues, political opponents, and foreign ambassadors and heads of state; and to keep adversarial situations from getting out of hand, since "out of hand" could mean anything from a single death to World War III. And they don't do it by having the protagonist shoot the bad guy in the gun hand. Or via insipid dialogue and telling the viewer the characters all went to Harvard. They do it by being a very, very smart team created by a very smart writer. 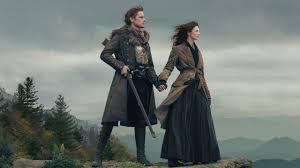 Outlander is in a class of its own as a historical series that's true to the series of books it's based on while condensing the complicated story lines for relative brevity, clarity, and drama. It's also a case of perfect casting (Sam Heughan as Jamie and Catriona Balfe as Claire), especially impressive because Jamie Fraser is one of those characters about whom many, many readers have fantasies. 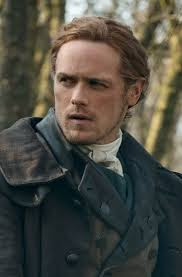 I don't think a writer can apply craft to produce that kind of memorability in a character, at least not to guarantee it. When I first read Outlander, the first book in the series, I was swept away to the 18th century and didn't come back till six hundred pages later. The TV show provides a similar immersion in the historical time in which it takes place. To say, "It's a time travel romance" is so misleading, because a book or TV series so described could so easily be shallow, cheesy, anachronistic in all its elements—the romance, the time travel, and the history. Outlander sets a tremendously high standard, and I think that's what it has to teach the writer. Do your research. Love your characters. Take your time. And keep it moving. 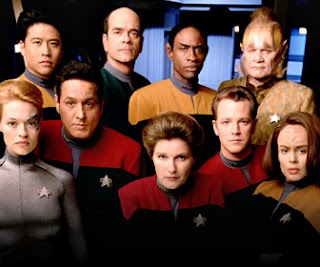 Star Trek Voyager is "my" Star Trek, the one with the woman captain—Kate Mulgrew as the redoubtable Captain Janeway—and I watch it not for the proto-iPads and phony science but for the people and their relationships. Talk about a locked room! a handful of people on a starship thrust suddenly into the Delta quadrant, 70,000 light years from home. The lesson for me is that if you're most interested in the people, it doesn't matter what the backdrop is; you can always weave it in and make it serve the story. And remember that the story is always about people (of whatever species, not just about technology, however important a role technology plays.) Since I read much more urban fantasy than science fiction and don't write true SF at all, I'd have liked to include a Charlaine Harris screen adaptation on this list. I enjoyed True Blood, especially the first few seasons. But I'm unlikely to watch it all the way through again. Like the science in Star Trek, the gore and biting are incidental to the personalities and relationships of the humans, vampires, and shapeshifters, ie the people, for me. My very favorite Harris books, the Harper Connelly series, haven't made it to the screen. Harper's the one who can find the dead and tell you how they died. I haven't gotten tired of rereading those yet.