My grandma had a summer house in , , and I used to go to the whaling museum.  In the 1800’s, was the capital of the New England whaling industry – with Nantucket and close behind – and the whaling museum is terrific.  Their main draw is a half-scale model of a whaling ship, indoors, that kids or grown-ups can clamber all over and in. 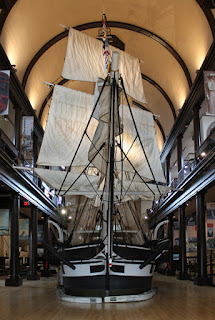 The world premiere of John Huston’s 1956 movie of Moby Dick was in , in June, and my dad scored us tickets.  It was a big deal, both for him and me, and for , which never really recovered after the boom days of whaling were over.  Looking up the event, all these years later, it turns out the picture premiered at three downtown theaters simultaneously, and Gregory Peck showed up at all three.  I remember him, vaguely, and I’m sure we bought the souvenir program, but I don’t remember the movie itself making that big an impression. 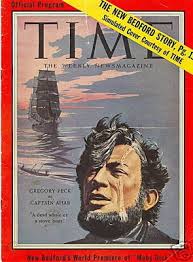 It wasn’t, in fact, a huge hit.  I think it made its money back, but that’s about it.  The reviews were lukewarm.  Peck took the biggest beating.  He was too young for the part, and he didn’t have the chops, but more than that, he was Greg Peck, he wasn’t supposed to play some looney tunes with a peg leg.  (That would be Robert Newton.)

Huston cast Orson Welles as Father Mapple, in a cameo.  Andrew Sarris remarked that Huston should have hired Welles to direct, and played Ahab himself.  There’s a certain poetry in this.  Huston’s clear first choice for the part would have been Walter Huston, his father, but his dad was now dead.  Welles went on to do a very interesting stage adaption, where he played Ahab - I saw a later production of the play with Rod Steiger, and trust me, no scenery went unchewed. 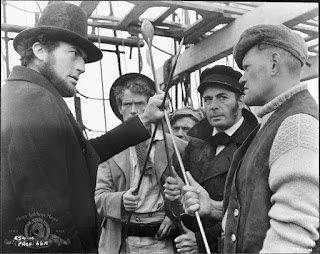 Going back and watching the movie now, though, I have to say it’s unfairly maligned.  Ray Bradbury did the screenplay, with Huston, and it’s very judicious – they emphasize the spectacle, and lean only lightly on the Old Testament aspects.  Peck is actually not embarrassing as Ahab; he’s pretty good.  John Wayne as Genghis Khan it ain’t.  Richard Basehart is wrong for Ishmael, let’s admit, and Woody Strode was going to be the harpooner Queequeg, but had a scheduling conflict.  Leo Genn gets a lot of mileage out of Starbuck, the sympathetic First Mate.  In the long run, what Huston does with the casting is to use faces.  You probably didn’t know then who Harry Andrews or Bernard Miles or Noel Purcell or Mervyn Johns were, but you knew a great face when you saw one. 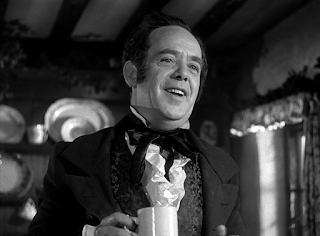 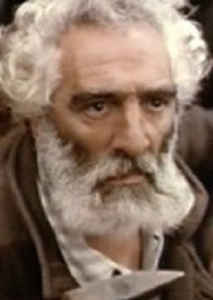 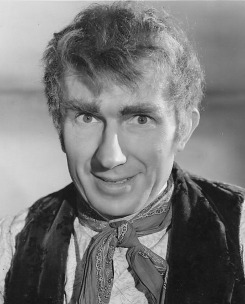 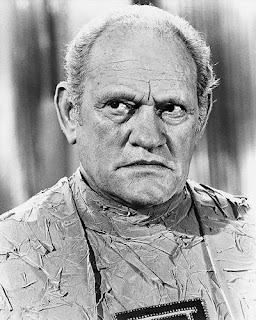 You get a careful choice of detail.  The movie shows the doldrums, when the wind dies and the sails flap idly, the ship in irons.  You see routine, both the boring and the terrifying: a spooky scene with St. Elmo’s Fire playing through the yardarms, a sleigh ride, the harpooned whale dragging a longboat.  There’s a strong sense of how the ship functions, as a mechanism, or a community.  Bluntly, everything In the Heart of the Sea got wrong, this picture gets right.

One particular thing of note, the cinematography, by Oswald Morris.  You can look this guy up.  He did eight pictures with Huston, Moby Dick was the third.  He worked with Carol Reed and Tony Richardson and Sidney Lumet.  Very much a pro.  But they used a special process, famously, with Moby Dick.  They shot the picture, and desaturated the images.  This is something that’s gotten more common nowadays, because you can do it post-production.  If you’ve seen John Boorman’s The General, for example, the picture loses more and more color as Brendan Gleeson loses more and more of his moral center; at the end it’s black-and-white.  Band of Brothers uses a similar technique: the combat footage has little or no color.  Moby Dick isn’t digitally manipulated.  They apparently printed a black-and-white negative over a color separation, and the result is similar to looking at a hand-tinted illustration, of the period. 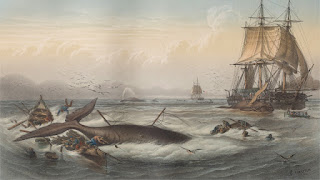 So, something perhaps to revisit.  A lot of times we go back, and suffer disappointment.  It’s nice to go back, and be pleasantly surprised.