A Data Point in Maryland 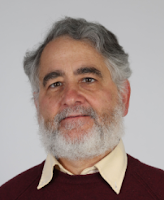 I don't think I have ever placed a trigger warning on this page before, but I will make an exception here.  This piece is about true crime.  No humans die but two perfectly nice animals are killed.  Use your best judgment. By the way, I've read a number of articles about what follows, but the best is this one, by Radley Balko. -Robert Lopresti

On the evening of July 29, 2008, a group of home invaders entered the house of Cheye Calvo, the mayor of Berwyn Heights, a small town in Maryland.  His mother-in-law, Georgia Porter, was cooking artichokes when she saw masked men on the porch, carrying guns.

She screamed.  They smashed the door, ran in, and shot to death the family's two Labrador retrievers, Payton and Chase, one of whom was trying to run away.  Then they bound Porter's hands behind her back, put a gun to her head and screamed: "Where are they?"  She had no idea what they wanted. The intruders placed her face-down next to Payton's body, where she lay for several hours.

Mayor Calvo was upstairs changing for an evening meeting.  The intruders  ordered him to come down the stairs backwards, in his underwear. "I was fearful that I was about to be executed," he said later. They bound his hands behind his back and knelt him on the floor.  They questioned him for two hours about a cache of drugs they thought he had.

So who were these brutes?  Antifa?  Some Mexican gang?  A right-wing militia?  Al-Qaeda?

Nope.  It was a SWAT unit from the Prince George's County Police Department.

You might say it's wrong for me to call them home invaders since obviously they must have had a warrant.

Yeah, no.  That turns out to be a little squishy.  The mayor naturally asked to see their warrant but it took them three days to produce it.

After the event hit the fan the Department told the press that they had a no-knock   warrant, then later admitted that such warrants were not legal in Maryland.   (Actually such warrants had been legal for three years, but apparently the cops   specializing in drug raids did not know that.)  They argued that the police had  the right to enter because Georgia Porter had seen them.  They had to kick in the door to prevent the inhabitants of the home from grabbing weapons or  destroying  drugs.

Neither of which, as it happened, were found.

But what about the police force of the town of Berwyn Heights?  Why didn't they warn the sheriff that this was the Mayor's house?  They had no chance because, in spite of an existing agreement to alert the locals before engaging within the city's borders, the SWAT team had not done so.

As Berwyn Heights' police chief noted later, it was very lucky that no one spotted heavily armed men in civilian clothing breaking into the mayor's house and called 911.  That might have led to a bloody shoot-out between two law enforcement agencies.  Also, according to the police chief, the officer in charge of the assault gave him an inaccurate report on the event, claiming the mayor had refused to let them in.

So how the hell did this happen?

Well, it started thousands of miles away in Arizona when a Drug Enforcement Agency officer with a drug-sniffing dog located a package containing 32 pounds of marijuana.  It was addressed to Trinity Tomsic, the Mayor's wife.  They notified the Sheriff's office who checked that a car in the driveway of the addressed house belonged to Tomsic.  They never bothered to find out who else lived there.

On the day in question a cop dressed as a deliveryman dropped off the carton on the Mayor's porch.  When Calvo returned from walking the dogs he brought the carton inside.  A few minutes later, all hell broke loose.

During the interrogation, Calvo (still handcuffed in his underwear) told them that he was the mayor.  They didn't believe him and refused to check. (One called him a crazy man.)  Even when they realized he was the mayor and found nothing incriminating they told him he was lucky he hadn't been arrested, partly because his reaction had not been "typical." What would constitute a "typical" reaction to this goat rodeo is beyond the depths of my feeble imagination.  (And the implication that this sort of thing happens so often that there is a typical reaction is horrifying beyond words.)

Four hours after they arrived the cops left and the family was able to start cleaning up the blood of their pets, which the cops had tracked  through the house.

But at least we know who the culprit is!  The Mayor's wife (who came home during the raid and assumed the cops were stopping a robbery) had caused this disaster by purchasing that illegal marijuana.

Yeah, no. Tomsic knew nothing about it.

What actually happened was that a criminal in Arizona had arranged to ship packages of the stuff to random houses in Maryland where an accomplice who worked for FedEx dropped them off and another accomplice picked them up, hopefully as soon as they were delivered.  Tomsic and the other recipients knew nothing about it.

You are probably thinking: Well, everyone makes mistakes.  The important thing is to apologize, make amends as best you can, and learn from your errors so they won't happen again.

Yeah, no. The Prince George's County Police Department seemed to take great pleasure in announcing that they would learn nothing from the event.    When the county chief called the mayor a few days after the raid to tell him his family was in the clear he specifically said that this should not be interpreted as an apology.  He told the press that his men showed "restraint and compassion" by not arresting the mayor's family for, beats the hell out of me. The sheriff said, two years later: "Quite frankly, we'd do it again. Tonight."  The officer who incorrectly stated that no-knock warrants didn't exist was promoted to county police chief three years later.

An Internal Affairs team found the officers innocent of all wrongdoing.  One of the people on that team  was the man who wrote the warrant application, so you know everything was on the up and up.

Mayor Calvo proposed a reform bill to the Maryland state legislature.  He asked that every agency with a SWAT unit be required to report quarterly on how often the team was deployed, to do what, and whether shots were fired.

Not exactly defunding the police, but every police agency in the state opposed the bill.  It passed anyway, with minor revisions.

What brought this incident to my mind was memes I have seen recently on social media that read like this: "Have you noticed that the police don't bother you if you don't do anything wrong?"

I'm not sure Mayor Calvo noticed that.  Nor Breonna Taylor.  Nor James Blake.  Nor Pastor Leon McCray Jr. Nor Charles Kinsey. Nor Maximo Colon.  Nor Robert Julian-Borchak Williams...