"In order to write about life
you must first live it.
— Ernest Hemingway

For most of what goes into my writing, I tried to first live in that life, but then as a kid I had also raised myself on such novels as The Three Musketeers, Scaramouche, Treasure Island and Robinson Crusoe. The true adrenaline adventures came later. 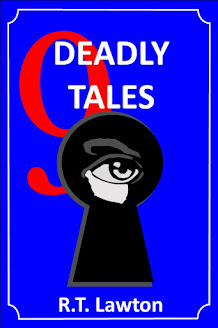 If what I was going to write about as an adult was not something I had personally lived or observed, then I would research that topic. I quickly found the best research information came from those who had lived in that life, so when I decided to write my Bookie series, I went out and got myself a bookie. Surprisingly, he wasn't like bookies are depicted in movies and on television. This bet taker turned out to be a young guy, no different than the All-American kid next door. It's just that he illegally took bets on sporting events and laundered some of his cash salary received for booking these bets through his personal legitimate business as a landscaping company.


Now bookies don't necessarily talk to law enforcement and especially not to lay out their entire clandestine operation. Since this particular bookie had a loose, potential connection to my extended family, he agreed to meet with me, but not in the city where we both lived. Which led us to Bernie, my mother-in-law, who lived in a town about an hour away.


At the time, Bernie was a school teacher and the biggest fan of my short stories and magazine articles. She definitely did not condone crime or criminals, but when I explained the situation, she decided that since it was me then I could use her house for the meeting place. She would just go shopping during the appointed meeting time.


The bookie, whom I had never met before, and I got together for a couple of hours and talked. I ended up with four typed pages of notes. Having never made a sports bet, except for friendly wagers with friends while watching various Super Bowls, this was all new to me. I learned about overs and unders and the spread. I learned how bookies only take referred clients, how limits worked, how the odds came from Vegas and the terms for betting. A penny is a hundred dollars, two cents is $200, a nickel is $500 and a dime is $1,000. Back then, bet records were kept on cassette tapes and tossed in a burn barrel after debts were settled. Sometimes, they merely used magnetic erasers to clean the tapes. The client knew he was being taped when he placed the bet. The bookie then repeated the bet on tape and stated the account number of the client.


A Popcorn Bookie was a small wanna-be bookie who usually operated in a bar or other business and laid off his bets to a larger local Book. For very large bets, the local book would usually lay off those bets to an offshore book in order to protect themselves from extreme loses.


Using some of the above information, I wrote the first two stories in my Bookie series. Unfortunately for me, AHMM and EQMM didn't take these stories, so they didn't become an actual series. You know, one is a standalone, two is a sequel and it takes at least three to make a series.


For my E Z Money Pawn Shop series, I went to an actual pawn shop owner on a cold call and spoke to him for an hour. He was not as forthcoming as the bookie when it came to telling shop stories, but I got enough info to write a couple of my own stories. These two pawn shop stories and the two bookie stories can currently be found in 9 Deadly Tales on Amazon in paperback. 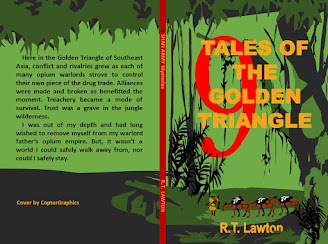 For my 9 Tales of the Golden Triangle, I figured a year in Nam (1967-68) was close enough for experience, plus years later, reading the reports on opium warlords that crossed my work desk along with various editions of the South China Morning Post out of Hong Kong. Six of these tales have already been published in AHMM, one more has been purchased by them but not yet published and two more are resting in AHMM's e-slush pile. All nine stories should see print in paperback on Amazon in a year or two.


In past SleuthSayer blog articles, I have written about the backgrounds of 9 Holiday Burglars Mysteries, 9 Historical Mysteries and 9 Twin Brothers Bail Bond Mysteries, so I won't repeat that information except to say they are also available in paperback on Amazon.


And, that's me reporting from the trenches.