Today I don't want to talk about mysteries or novels or movies or short stories or the writing process . . . but I do want to talk about words. Specifically about three kinds of words: initials, acronyms, and something called backronyms--and things that I found interesting about them. Bear with me, here.

Definition: The first letters of a name or of words forming part of a phrase.


The words associated with some initials, though, are not so well known:

NOTE: These are not acronyms, because they aren't actual words. The term here is initialism.

Something that's also interesting, I think, is that there are now so many shortened words--abbreviations that have become, in some cases, more familiar than the expanded versions: limo, ad, photo, dorm, stats, hippo, rhino, email, ref, grad, exam, decaf, memo, lube, auto, flu, gator, croc, rep, sub, gym, vet, fridge, bike, semi, sitcom, deli, combo, etc. I doubt that some younger folks even know what a limousine is.

Definition: A pronounceable word formed by the initial letters or other parts of several words.

In other cases, we might know the acronym better than we know its parts. Examples:

SNAFU -- Situation Normal, All F***ed Up 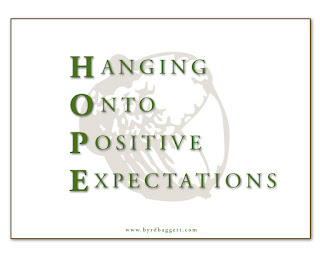 SPAM -- Shoulder of Pork And Ham, or SPiced hAM

Definition: A constructed, deliberately formed word whose initial letters are made to fit a previously determined word or phrase. They may be invented with either serious or humorous intent, and are sometimes called reverse acronyms. Examples:

GROSS -- Get Rid Of Slimy girlS (from Calvin and Hobbes)

BASE jumping -- Building, Antenna, Span, or Earth (fixtures you can jump from)

RALPH -- Royal Association for the Longevity and Preservation of the Honeymooners 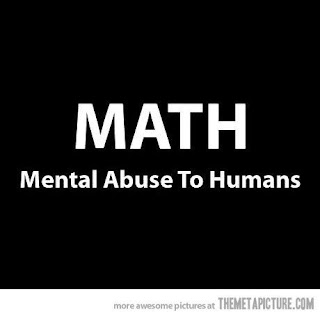 SPECTRE -- the Special Executive for Counter-Intelligence, Terrorism, Revenge, and Extortion


Some backronyms are misleading (words mistakenly believed to be acronyms). Examples:

SOS -- Does not mean "Save Our Ship." It was chosen merely because its letters have a simple Morse code representation (three dots, three dashes, three dots).

YAHOO -- Did not come from "Yet Another Hierarchical Official Oracle." Its founders liked the word's meaning of "rude, unsophisticated, uncouth," from Gulliver's Travels. 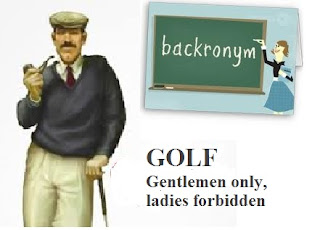 CABAL -- Did not come from King Charles II's five ministers: Clifford, Arlington, Buckingham, Ashley, and Lauderdale. Its use predated them.

POSH -- Is not "Port Out, Starboard Home." It's derived from a word for "overdressed dandy."

GOLF -- Is not "Gentlemen Only, Ladies Forbidden."

PING -- Is not "Packet InterNet Groper." It's a utility to test (via packets) connectivity between computers.

WIKI -- Is not "What I Know Is." It's derived from the Hawaiian wiki-wiki, meaning fast.

TIP -- Is not "To Insure Promptness."

ADIDAS -- Did not come from "All Day I Dream About Sports." Its founder was Adolf "Adi" Dassler.

AMBER alert -- Did not come from "America's Missing: Broadcast Emergency Response." It was actually named after a missing child, Amber Hagerman.

BING -- Because It's Not Google

DELTA -- Don't Ever Leave the Airport, or Don't Expect Luggage To Arrive


In closing, two of my favorite acronyms/backronyms from my days in the Air Force;

FIGMO -- A soldier who's happily being discharged or transferred (F*** It, I Got My Orders)

OMGIF (FIGMO spelled backward) -- A soldier whose expected discharge/transfer was canceled (Oh My God, I been F***ed)


And a backcronym I found for Lee Iacocca: I Am Chairman Of Chrysler Corporation America. (Couldn't resist mentioning that one.)