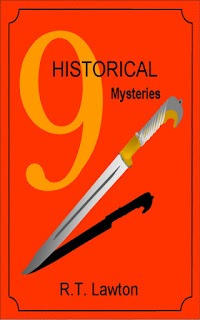 I'm not getting rich from my writing sales, so I'm grateful I don't have to rely on writing for my main income, otherwise my office would be a cardboard box in some alley with a long extension cord running up to someone's outside electrical outlet. You know, for a coffee pot and a computer.  In any case, regardless how you look at your writing, it's probably best in the long run if you have a business plan. For one thing, you want to keep track of your income and expenses (lots of expenses) so as to avoid paying too much to the tax man. Seems he always has one hand in your pocket.

So, having said that, here's the accounts receivable part of My Small Business Plan. It's got to be a small plan, you see, because I only write short stories, which don't pay much over any one year period, and the occasional cowboy poem, which doesn't pay at all. The important thing is, I have a plan and I'm finally using that Business Degree which Uncle Sam paid for after I responded to that nice letter draft he sent me way back in 1966.

Mine is a three-part plan

Part 1 - Short Stories
I write short stories for paying markets. First submissions go to the higher paying publications. In case of a rejection, I work my submissions down the payment ladder until the story sells or goes into inventory. All of this is common sense and most writers already know this part. Moving on. 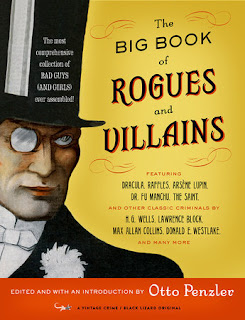 I was surprised one day to read about a market call from a company named Great Jones Street for reprints. This was a startup venture to put short stories on cell phones where readers paid a subscription to read the stories. I sold them seven reprints for $500 while they were collecting a base inventory. Ultimately, they got on the wrong side of the ledger and went out of business.
In a different situation, Otto Penzler paid me $250 to use one of my reprints in one of his many anthologies. Since then, I've seen other markets for reprints. It's like found money.

Another good use of short stories, whether they were previously published or not, is putting them into e-collections. So, after I had a list of previously published stories, plus an inventory of unpublished short stories, I started looking at Amazon for Kindle and Smashwords for other e-readers. Both of them are free to setup your e-books, all you need is to figure out how to format e-books. It is a different setup for each of the two companies, but due to advances in software, it is now easier than it used to be. Fortunately for me, I had a Huey pilot friend who made the mistake of saying, "I can figure that out." And he did. In 2011, we turned some of my short stories into four e-collections: 9 Historical Mysteries, 9 Twin Brothers Bail Bond Mysteries, 9 Chronicles of Crime and 9 Deadly Tales. Kindle paid royalties by EFT and Smashwords paid via PayPal. Then in 2018, we added two more e-collections: 9 Holiday Burglars Mysteries and 31 Mini-Mysteries. These last two led to Part 3. 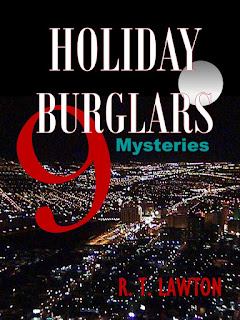 Kindle Direct Publishing recently acquired Create Space, which published paperback books. It was while uploading one of my last two e-books that I was faced with a new situation at the end of the upload. The Kindle software inquired if I wanted to also publish my e-book as a paperback. What the heck, one more form in which to offer potential buyers a choice to spend money on my books? I immediately checked yes only to discover that I needed my cover in a different format for this option. After all, an e-book only needs a front cover, while a paperback needs a front cover, a spine and a rear cover.

I went back to my Huey pilot friend. He is now figuring out the requirements for a paperback and we are working on the final details. The paperback has a fixed charge, plus a very small charge for every page, none of which the author pays upfront. It's all covered by the buyer when he purchases the book. First, you need to decide what size of book you want and the size of font you prefer. Those two items and the length of your manuscript will determine how many pages your book will have. Then, KDP has a program where you enter the number of pages your book will have and the program will tell you the minimum price you have to put on your book, which is also the cost to KDP for printing your book. Naturally, you want to make a profit, so you also enter the price you want to charge and the program will tell you your royalty profit. Simple, huh?

Well, we'll see. Seems there's a bleed factor on the cover when it comes to cover size. My friend says he's got it figured out, and while he did teach me how to fly OH-6 and OH-58 observation helicopters, I think this cover and formatting thing is over my head. It's nice to have friends.

QUICK UPDATE: A week and a half ago, the 1st paperback went live. We are now working on the conversion of the other five from e-book to paperback.

You've now heard about My Small Business Plan. Do you have your own plan? Feel free to share. Or are you still working on one? We'd like to hear about that too.