How I Stopped Worrying and Learned to Love Very Long Titles


by John Floyd
I've always been fascinated by titles. It's usually a case of Whoa, what a great title, and then Why couldn't I have thought of one like that? And, thankfully less often, What was the author thinking?--I could've done better than that. The truth is, the titles of movies, novels, and stories come in all categories--good, bad, and ugly. 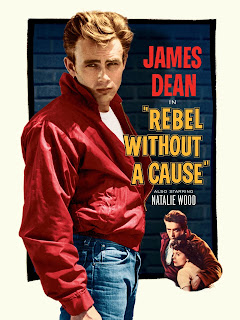 I think some are so well done they're worth mentioning: The Guns of Navarone, Atlas Shrugged, The Eagle Has Landed, The High and the Mighty, The Caine Mutiny, Watership Down, To Kill a Mockingbird, "The Tin Star," Something Wicked This Way Comes, Jurassic Park, Lonesome Dove, The Grapes of Wrath, The Silence of the Lambs, Blazing Saddles, The Princess Bride, The Maltese Falcon, Before the Devil Knows You're Dead, "The Gift of the Magi," Ben-Hur, Sands of the Kalahari, Dances With Wolves, East of Eden, Back to the Future, A Fish Called Wanda, The Seven-Year Itch, Our Man Flint, The Usual Suspects, An Officer and a Gentleman, The Gypsy Moths, No Country for Old Men, The Sand Pebbles, Fail-Safe, Gone With the Wind, For Whom the Bell Tolls, and so on. The one thing all these have in common is that they are unique--each is one of a kind. 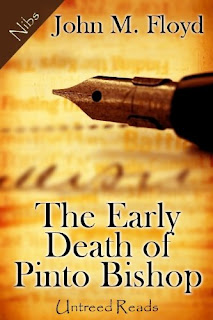 A question I've often heard writers ask is, "Does my title need to be short?" Or, in other words, "Is a long title a disadvantage?" I don't know the answer. Looking back at my own short stories, I've found that almost all my titles are short--between one and three words. But I don't remember making a conscious effort to keep them short. I just try to come up with something appropriate and--if possible--intriguing. I'm not always successful at that, but I try. And I love titles that turn out to have double meanings, or meanings that are revealed only in the course of the story. Like my one-to-three-word titles, I have far too many four-word titles to list, but here are some of mine that are five words or more: ""On the Road With Mary Jo," "The Red-Eye to Boston," "A Nice Little Place in the Country," "Debbie and Bernie and Belle," "The Moon and Marcie Wade," "Take the Money and Ron," "The Early Death of Pinto Bishop," "Turn Right at the Light," "A Message for Private Kirby," "Can You Hear Me Now?" "The Browns and the Grays," "A Surprise for Digger Wade."

One thing that I find interesting is that there are a LOT of movie and novel titles that are long--some of them extremely long. And some of those titles are surprisingly good. Another thing that's interesting, at least to me, is that some of the longest titles aren't that hard to remember; they're just long. In fact I can recall some titles that aren't very long but are hard to remember, like Eternal Sunshine of the Spotless Mind, The Three Burials of Melquiades Estrada, Extremely Loud and Incredibly Close, etc.

As you might've expected, I've put together a list of some very long movie titles. They're in no particular order, but my favorites are at the top of the list. As you also might've expected, some of the titles farther down the line are bad and some are ugly. I'll leave it to you to decide which are which.

Note: Only titles of eight words or more are included. (I hated to leave out It's a Mad, Mad, Mad, Mad World and Bring Me the Head of Alfredo Garcia and, yes, The Good, the Bad, and the Ugly, but I had to draw the line somewhere.) I also didn't include any documentary titles or any titles containing colons, parentheses, or "or." Examples:
- Dr. Strangelove, or: How I Stopped Worrying and Learned to Love the Bomb
- The Chronicles of Narnia: The Lion, the Witch, and the Wardrobe
- Shoot First and Pray You Live (Because Luck Has Nothing to Do With It)
- Borat: Cultural Learnings of America for Make Benefit Glorious Nation of Kazakhstan
- Those Magnificent Men in Their Flying Machines, or How I Flew From London to Paris in 25 Hours 11 Minutes

Here, then, after my lame disclaimers, is my lineup:

The Assassination of Jesse James by the Coward Robert Ford (2007)

How to Succeed in Business Without Really Trying (1967)

Who Is Harry Kellerman and Why Is He Saying Those Terrible Things About Me? (1971)

The Adventures of Buckaroo Bonzai Across the Eighth Dimension (1984)

Quackster Fortune Has a Cousin in the Bronx (1970) 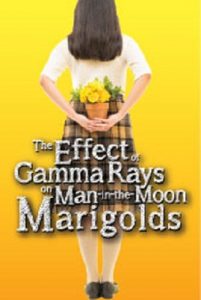 The Adventures of Priscilla, Queen of the Desert (1994)

The One and Only, Genuine, Original Family Band (1968)

To Woo Fong, Thanks for Everything, Julie Newmar (1995)

The Search for Signs of Intelligent Life in the Universe (1991)

What Are Those Strange Drops of Blood Doing on Jennifer's Body? (1972)

I Killed My Lesbian Wife, Hung Her on a Meathook, and Now I Have a Three-Picture Deal at Disney (1993)

A Pigeon Sat on a Branch Reflecting on Existence (2014) 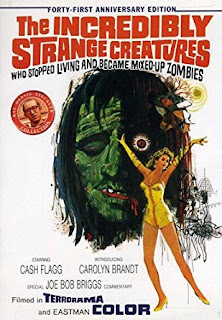 Since I've neglected them so far, here are some long-titled novels and children's books:

A Portrait of the Artist as a Young Man, James Joyce

In the House Upon the Dirt Between the Lake and the Woods, Matt Bell

Grab Onto Me Tightly as if I Knew the Way, Bryan Charles

The Captain Is Out to Lunch and the Sailors Have Taken Over the Ship, Charles Bukowski

The Curious Incident of the Dog in the Night-Time, Mark Haddon

And to My Nephew Albert I Leave the Island What I Won Off Fatty Hagan in a Poker Game, David Forrest

Fame, Glory, and Other Things on My To Do List, Janette Rallison

The Girl Who Circumnavigated Fairyland in a Ship of Her Own Making, Catherynne M. Valente


Okay, back to the movies 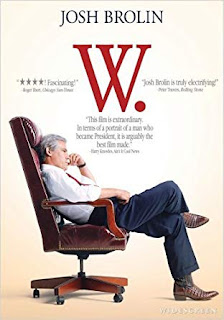 Had enough of this? Good, because those are all I can think of. As always, please let me know of any I've missed, and maybe some of the titles of your own stories and novels. Do your titles tend to be long or short--or does it matter? Do you have any that are very long or very short?

I'll close with the longest movie title of them all (I think). Brace yourself:

Night of the Day of the Dawn of the Son of the Bride of the Return of the Revenge of the Terror of the Attack of the Evil, Mutant, Alien, Flesh-Eating, Hellbound, Zombified Living Dead, Part 2 (1991).

Don't you wish you'd thought of that one?
Posted by John Floyd at 00:01