by Jim Winter
A couple of years back, I got into rideshare as a side hustle. Since 2017, I've gotten married, bought a house, a new car, and had my wife stop working for health reasons. So life's gotten expensive (but so worth it.) 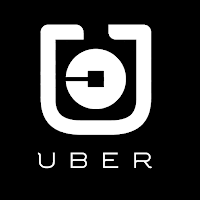 A couple of people have asked me if driving for Uber (or Lyft, for that matter) provides me with any fodder for crime stories.

Like the man once said, "Boy, howdy!" Let me tell ya, brudda!

A frequent conversation I have with passengers is what the job is like. Most of the time, it's fun. But they ask me about problem passengers, which actually only make up about 5% of my business. I tell them that 5% can serve as entertainment for the other 95%. Even then, Uber drivers rate their passengers as well as getting rated by them. I've only 1-starred maybe 5 people out of nearly 2000 rides in two years.

There are certain things you just don't do in my car. Most of them could go sideways into a crime story, and I may just spin a few of those out. Why don't you play along and consider these story prompts if you're so inclined.

The first thing you don't want to do in my car is hurl racist insults at… Well… Anyone. As a majority of my passengers after 8 PM on a Saturday night are drunk, I cut just a little slack, which four college girls came close to using up one night in Cincinnati's Banks district. I picked them up on Freedom Way, the main drag through the Banks to take them all to the Hilton up in the Business District. A couple was pushing a baby stroller across the street as we started to move.

The one girl, clearly approaching the pass-out stage of drunkenness, said, "Oh, my God! Who does that in this neighborhood?" (Incidentally, the Banks is considered rather safe compared to even my neighborhood, and I live in the suburbs.) "Oh, my God. They're black people. Black people are so stupid."

The knee-jerk reaction, which I would not fault any other driver for going with, is to slam on the brakes, kick them out of the car, and reset for the next passenger(s). I took a different tact. I simply said, "One!"

The girl missed the hint and continued. "No, seriously. Black people always…" 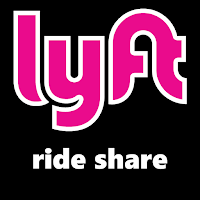 Ladies and gentlemen, we do not get to three. Instead, I pull the car over, inform everyone that the ride has ended, and report the occupants to Uber. (Yes, Uber and Lyft allow us to do that.) Pray we are not in the wilds of Clermont County or on the Brent Spence Bridge (which has no berm. You would be left on I-75 in traffic) if this is you, because the ride ends now.

Instead, one of the other girls said, "Dude, shut up. You're pissing him off."

We enjoyed the rest of the ride in silence. They got a one-star for being disrespectful.

Other things that will get you kicked out that may not be good story fodder: messing with my dashboard while I'm driving (A teenager did this to me last weekend), give me bad directions (after midnight, I just ignore them anyway as I assume people are drunk), backseat driving, and being abusive to other people in the car or, if you're calling ahead to get an ETA, being abusive after I clearly inform you that (1) I'm with a passenger and (2) you're on speaker because I'm still driving. I have a 2% cancel rate from my end, so this is not usually a problem.

But one thing the rideshare services want us to be on the lookout for is whether someone is in the car of their own free will. I've had a couple of gentlemen get in the car with their girlfriends and start talking smack (to me) about them. As you can imagine, Uber Support got an earful. I'm not shy about that. It's also a story I generally don't regale passengers with. Drunken stupidity is funny, even when you're the drunk. Abuse is not. I'll shame a racist. I don't think a woman with a bad boyfriend needs that story spread for the entertainment of strangers.

But what is the absolute worst thing you can do in my car that might get turned into a crime story?

Go ahead. Yell at the cops, as one passenger did one night. Already, as you can imagine, there are probably a dozen or so stories you can spin from that. After this incident, it's an automatic end to the ride and an invitation to the friendly (well, friendly before the passenger opens his mouth) officer to whip out the handcuffs. 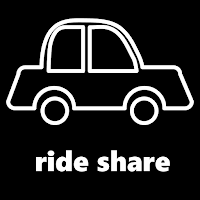 The incident that spawned this policy began with a pickup at my stepsons' favorite bar. (Bad move. Everyone there knows the twins, and I talk to the twins often.) These boys wanted to hit Waffle House for some after-hours grub. I'm all for that. I very nearly went there myself. However…

We drove by a really bad accident with at least four vehicles in various states of disrepair parked on the grass, three cruisers surrounding them keeping traffic out of the way. One of the passengers rolls his window down and starts screaming obscenities at the officers. I pull the car over.

"You do that again," I said, "and I turn around and let you pull them out of the car. I'm not going to jail for you. If anything, I'll drive you there myself."

They shut up. But from that point on, the ride ends automatically.

"So, Jim," you ask, "why do it if you have to put up with these people? Or people getting sick in your car?"

They're memorable because they are rare. And as for getting sick, there are ways to manage that if you know what to look for. Most of my passengers and I forget each other after we part ways. A lot of the rides are fun. On Saturday nights, many of them bring the party to my car. Others just want to ride in silence. One couple…

Well, this is a crime blog. Maybe I'll send that story over to an erotica blog.

It's not as gross as you think. But very, very strange.

Besides, you get to see humanity at their best and their worst and everywhere in between. It's a writer's dream job.
Posted by Jim Winter at 00:00