When the Gorilla Takes Over 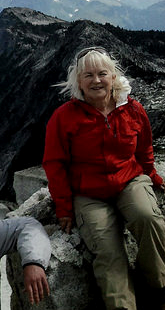 
When the Gorilla Takes Over

When I began to write my novel The Only Witness, I didn’t plan for it to be a series. Nor did I plan for Neema the gorilla to be the protagonist of the book.

I was working as a private investigator at the time, and I’d worked on several cases where small children testified as witnesses. Now anyone who has worked with young children, especially in a legal context, knows that they often have limited understanding of the reality of what is happening to them or around them, and we also know how easily they can be persuaded to say the things that the adults want them to say. So, I had done a lot of thinking about who can be a credible witness. 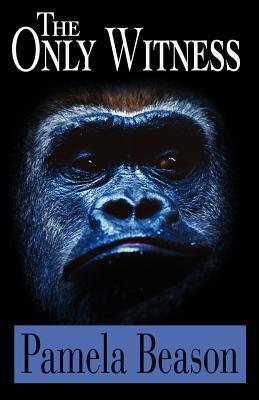 In addition to my interest in investigation and legal issues, I’ve had a lifelong fascination with animals of all kinds, and I’ve been especially curious about animal intelligence. I always wondered why humans think we’re so superior just because we can talk and write. All animals have their own languages and talents. As a scuba diver, I’m amazed to see so many sea creatures that can synthesize their own homes (shells) out of the sea water that surrounds them, and I’m positively astounded to see an octopus or a chameleon change the colors and patterns of their skins. My cats can easily jump to the top of a wall that is seven times their height. Tiny hummingbirds can hover in mid-air and survive the winters along our coastlines. Animals make me feel inferior a lot of the time.

But I digress… Getting back to the point, I’ve read all the books and articles about teaching apes American sign language so we humans can communicate in the only language we understand: The Education of Koko and the films and National Geographic articles about the famous gorillas, Roger Fouts’ Next of Kin, and some others.

So naturally my investigator brain got together with my animal-loving side and cooked up the idea of having a gorilla, who supposedly has the IQ of a five-year-old, be the only witness to a baby’s kidnapping. Cool idea, right? But I resolved to keep the whole story plausible, so I had to work with an ape’s limitations. A gorilla is never going to say, “You know, when we were in town at 3 p.m. yesterday, I saw the most curious incident when a shaggy-haired man…” So Neema’s clues had to be more along the line of “Snake arm make baby cry. Give banana now.”

I thought readers would sympathize more with beleaguered Detective Matthew Finn, who initially cannot find any witness to what actually happened when an infant vanishes from a car, and then, when he finally deduces that he does have a witness, she’s a gorilla. How can he find out what she actually knows? And what does he do with the clues when he finally figures them out? No court is going to accept the “testimony” of an ape who constantly bargains to trade questionable descriptions like “skin bracelet” for yogurt and lollipops (aka “tree candy” in Neema-speak).

Readers fell in love with Neema the gorilla and wanted more of her. I’m not sure anyone even remembered my poor detective’s name, nor that of the scientist (Grace McKenna) who teaches Neema, or even of the teen mom (Brittany Morgan) whose infant was kidnapped. So then pressure from readers forced me to write a sequel with gorillas—The Only Clue, in which Neema, her mate Gumu, and her baby Kanoni all disappear after a public event. And then, because any author knows that two books do not a “series” make, I had to rack my brains to come up with a third. But just how long can an author invent realistic mysteries involving signing apes? It’s a challenge, let me tell you.

The Only One Left has sort of a nebulous connection to a crime, because the gorillas discover evidence in their barn that Detective Finn eventually deduces may have something to do with a current case he’s assigned to. But readers don’t seem to care too much about the premise. The gorillas are back! I like to think that Koko, the real signing gorilla who passed away not so long ago, lives on through my books.

Gorilla mysteries are also a marketing challenge. When asked for other mysteries that are similar to my Neema series, my response is generally, “Uh…” Likewise, when asked what the next Neema mystery will be about, I’m clueless as to whether there could even be another.

So, if anyone has any ideas on either of those subjects, please send them to me right away. In the meantime, I’ll be working on the next novel in my Sam Westin wilderness series. It’s so much easier to solve crimes on public lands than to determine what the heck three gorillas might be up to these days.
Posted by Robert Lopresti at 00:00