To Flash or Not to Flash


by Paul D. Marks
Flash Fiction seems to be very popular these days. It’s short, it’s punchy. It usually ends with a twist.

I haven’t written much flash fiction, really one story.  Fade Out at Akashic’s Mondays Are Murders: http://www.akashicbooks.com/fade-out-by-paul-d-marks/

But one of my favorite short stories of all time can be considered flash fiction: Jorge Luis Borges’ Two Kings and Their Two Labyrinths. This parable hit me hard when I first read it. And I read it over from time to time.

I think it runs about a page, maybe a page and a half. Because it’s so short, I wanted to print the whole story here, but because of copyright concerns I’m not going to. So here’s what Wikipedia says about it – Spoiler Alert:

“A Babylonian king orders his subjects to build him a labyrinth ‘so confusing and so subtle that the most prudent men would not venture to enter it, and those who did would lose their way.’ When an Arab king visited his court, the king of Babylon told him to enter the labyrinth in order to mock him. The Arab king finally got out and told the Babylonian that in his land he had another labyrinth, and Allah willing, he would see that someday the king of Babylonia made its acquaintance.’ The Arab king returned to his land, and launched a successful attack on the Babylonians, finally capturing the Babylonian King. The Arab tied him on a camel and led him into the desert. After three days of riding, the Arab reminds the Babylonian that he tried to make him lose his way in his labyrinth and says that he will now show him his, ‘which has no stairways to climb, nor door to force, nor wearying galleries to wander through, nor walls to impede thy passage.’ He then untied the Babylonian king, ‘and abandoned him in the middle of the desert, where he died of hunger and thirst...’”

It ends on the line, “Glory to the Living, who dieth not.” Yeah, the one who does not dieth gets the glory all right. 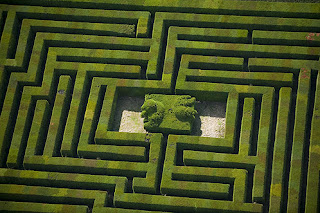 The irony of the ending gets me every time and it’s not like it’s a chore to re-read it because, well, because it’s so damn short.

I think what this story illustrates is that flash fiction can boil down the essence of a short story into a very small space. And what you end up with is the essential ingredients to what I think every short story, novella and novel must have. And what are these elements: a beginning, middle and end. Intriguing characters, a brief set up of the situation, a twist or turning of the tables, a conclusion and most importantly, a point.

Have you ever had a friend that starts to tell you a story and never seems to get to the punchline? At the end of their speech they say something like “well I forget the point I was trying to make.” Isn’t that frustrating? Well the same thing happens in short stories. An acquaintance once asked me to read a story they wrote and while the writing was technically good (grammar, punctuation, descriptions, etc… all well-written) the story never got to the point. It just meandered about, so and so meeting so and so and they went to such and such a place and did this and said that. Nothing ever happened and I was bored. I know that some schools of thought believe this is what literary writing should be ;-) . Just slice of life and the writing and descriptions are all that matter, but I just don’t get it. I understand that some stories are more subtle in the way they evolve, but in my humble opinion (and maybe it’s just my personal taste) I want something to happen and I want to feel a sense of the character having been changed or seeing something in a new way. 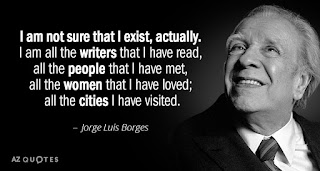 The most successful stories come to a point. There is a climax and a conclusion, sometimes an irony or a lesson, though not a preachy one. Sometimes the fulfillment of some quest or goal, but always a point. Borges’ story makes a very ironic and clear point while telling a tale of revenge. Now if the Arab King just invited the Babylonian king to his palace and murdered him, would you feel satisfied? 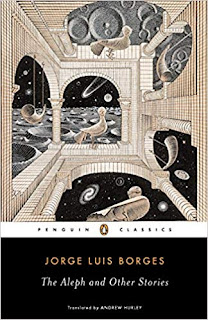 So, while I’m not personally into writing flash fiction on a regular basis, I see the benefits. It can help you hone your craft and learn to build stories that are lean, spare and pithy, and that can ultimately help you write a more compelling longer story or novel. It is the story/novel stripped down to its bare bones.

PS – Other favorite Borges stories include, The Circular Ruins and The Garden of the Forking Paths.

My short story House of the Rising Sun and lots of other great stories are in Switchblade - Issue 9, available on Amazon (Kindle version) now: https://www.amazon.com/dp/B07QW5GVZF. The paperback version to follow in May. 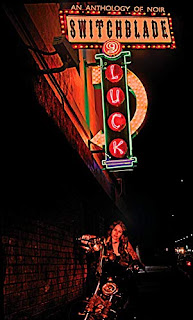