I grew up in an upper-middle-class suburb in Long Island in the 1970s and '80s. I attended school in a (then) top-rated public school system. At age 15, my mother informed me my career choices were doctor (which she knew was a no-go as I can't even talk about blood) or lawyer. Before I graduated from high school, my three siblings were all practicing attorneys. My path was clear, even if I didn't want to take it. (The fact that I ultimately didn't take it for a few years is a little miracle in itself. But I digress.)
When I was a teen, if I needed a tutor or an SAT prep class to ensure my future, I got it. If I had to participate in a gazillion extra-curricular activities to round out my college applications, I did it. If taking a bunch of Advanced Placement (AP) classes would help me stand out, I took them. I wasn't atypical. This is how it was for many kids where I grew up, and likely many kids in similar neighborhoods nationwide. If you didn't get all A's you must not have tried hard enough. Failure was not an option. Success was expected, even though perfection is a pretty hard standard to meet--one I rarely did. (If you think I'm exaggerating, then feel blessed that you never brought home a test with a score of 97, the highest grade in the class, but instead of receiving praise, you were asked why you didn't get 100.) 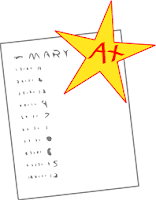 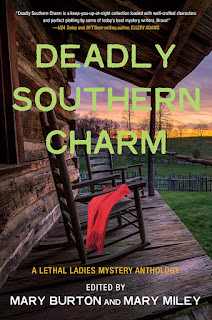 Speaking of Malice Domestic, all attendees will be able to vote for this year's winners of the Agatha Award. If you haven't read all five nominated short stories, this is the perfect time to do so. You can find links to them, including my "Bug Appétit," on the Malice website. Happy reading!
Posted by Barb Goffman at 00:00