It’s been quite a while since the last posting vis-à-vis the madness that constitutes Florida. Ask Dave Barry. Ask Carl Hiaasen. Ask Fark.com, which awarded Florida its own tag, the only state to have earned that, er, particular honor. It’s time to review this past year.

Tallahassee, FL.  Since we last spoke, our crooked Governor Rick Scott has now become our crooked Senator Rick Scott. I use the word ‘crook’ accurately and advisedly. After all, this is a crime site, not a political blog, and from a criminal standpoint, Rick Scott has made us all proud. In the land of crooks, cons, and craziness, how did he accomplish such singular honor?

Scott engineered the most massive Medicare/Medicaid fraud in history. After fines of $1.7-billion– that’s ‘billion’ with a ‘B’– he left the lucrative health care business a very wealthy man. In 2010, he turned his jaundiced sights on a fresh target– politics– where he outspent the Florida Republican party to win the nomination, and then outspent the Florida Democratic party to win the governorship. Now he becomes an unbecoming senator. Pass the fermented orange juice, please. 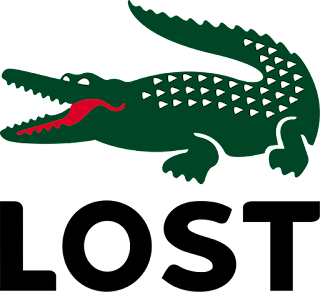 St. Augustine, FL.  Sheesh. Stay out of the pool if you can’t tell a crocodile from an alligator. But wait, there’s more: The dude’s accused of  jumping in while wearing Crocs. A reptilian brain trumps no brain at all.

Clearwater, FL.  Where’s that crocodile when we need him? A year and a half earlier at Orlando Executive Airport, an alligator took a bite out of an airplane wing. That’s not unusual, but this plane was in flight.

Sarasota, FL.  My tiny 5-foot nothing mom was a fearsome spitfire, but these bitches fight with broken glass. It’s that reptilian brain, see.

Bouncing’s Not Only for Checks

Jacksonville, FL.  It’s not funny. Police are hunting a masked man who beat a dozing laundromat patron with a pogo stick. Was it a lack of coordination or the extra starch? Next Up: Assault with a deadly unicycle.
Note:  When I first heard this story, I chuckled in disbelief at the peculiarity of Florida. Later I learned the victim died from the oddball attack. It’s wise to remember even the goofiest crimes can have dire real-world consequences. To my knowledge, police have not located the perpetrator nor know a reason for the attack.

Yulee, FL.  “Stick a fork in it,” a North Florida man took seriously. He stabbed a poor woman in the head for undercooking his potato. What an idiot. Think she’ll ever bake a spud for him again? Lucky for him, Nassau County jail serves all the fries he can eat.

Jacksonville, FL.  Why chase ambulances when clients come to your door?

No Relation to Catherine the Great

Citra, FL.  I’m… I’m without words… and creeped out. I’ve heard of kinky pony girls, but this bizarre bozo leaves me speechless.

Milton, FL.  Can’t say our bad guys don’t wield a sense of humor. In Santa Rosa County, a wannabe killer scrawled ‘kindness’ on the blade of his machete and attacked his neighbor. The real shocker is this product of Florida education spelt the word correctly.

Orlando, FL.  An Orlando officer showed considerably less humor when he complained to a call-in talk show about that stereotype of police and doughnuts. A radio engineer isolated the background noise and realized he was phoning from a Dunkin’ Donuts.
Posted by Leigh Lundin at 00:00