A Dream of Justice

Of course, that was back in the days when dragons were dangerous, fire-snorting monsters who ate everyone who came near them.  When they were evil.  Now, dragons are fun and cuddly and cute and everyone wants one.  Or they're your soul mate and enhance your sex life, as in Anne McCaffrey.

NOTE:  I loved Dragonflight and Dragonquest, so no, I'm not a dragon hater!

But what I want to point out is that you can't understand what Chesterton was talking about if you don't understand that dragons were once a mortal terror.  When dragons were, indeed, a very good analogy for the monsters and terrors that eat through childhood.

And it's not just dragons, it's fairy tales as well.  Revisionist histories of the Wicked Witch or the Evil Stepmother or the Big Bad Wolf as misunderstood victims may be intriguing to adults, but I don't think they're good for children.  Children know there is evil in the world, evil that the adults may or may not be shielding them from, evil that is threatening to their very core, evil that they can't always name (in some families, that's too dangerous) or define (some evil starts before we even have words for it).  And they need - at a young age, before they're old enough to read about Voldemort or Sauron - to have examples of evil being fought and conquered.  I did.  I desperately needed the hope that someday all evil would fall.  I needed justice.  And, imho, without a firm grasp of right and wrong, of goodness and evil, there is no real sense of justice.


“Detective stories contain a dream of justice. They project a vision of a world in which wrongs are righted, and villains are betrayed by clues that they did not know they were leaving. A world in which murderers are caught and hanged, and innocent victims are avenged, and future murder is deterred...  Detective stories keep alive a view of the world which ought to be true. Of course people read them for fun, for diversion, as they do crossword puzzles. But underneath they feed a hunger for justice, and heaven help us if ordinary people cease to feel that.”
—Thrones, Dominations - Dorothy L. Sayers & Jill Paton Walsh

In other words, we don't really want a Casablanca where Rick refuses to stick out his neck, and settles down to another bottle while the fascists take Victor Laszlo and Ilsa away to a concentration camp.  Or a Maltese Falcon where Sam Spade goes off with the Fat Man and Cairo to find the loot.

Which is why I've been bothered for a long time about the shift from a hunger for justice to a hunger for personal gain.  A great enthusiasm for evading the law.  A grand revival of the seven deadly sins:  pride, envy, greed, gluttony, lust, wrath, and sloth (a/k/a apathy).  A celebration of them.  A sense that everyone does it, you're a fool if you don't, and compassion (for the downtrodden, the victims, the poor conned bastards) is weakness.  That noir - which I admit is entertaining on screen - is a place you'd actually want to live.
This really struck home when I read the SCOTUS blog about Nielsen v. Preap.  This is a case about "whether the federal authorities must detain immigrants who had committed crimes, often minor ones, no matter how long ago they were released from criminal custody... [T]he sticking point appeared to be how to define what would be a reasonable period of time for immigration agents to detain a person whose criminal sentence is completed.”  (Currently waiting on SCOTUS' decision.)  SCOTUS Blog


Now what really interested me about this was reading the comments (on other websites) - always a mistake - where a large number of people stopped at the word "immigrants" (or "aliens", depending on which article you read) and said, "They're illegal - boot them out."  (Cleaned up for extreme profanity, and in some cases, death threats.)

And by saying that, they missed the most obvious thing in the world:

Everyone has legal rights, and should have legal rights, including an attorney and a hearing after an arrest for one simple reason:  Quid pro quo.  Some day an American citizen might be arrested in a foreign country (it has been known to happen; like in Russia; like right now), and they may model their legal behavior on ours, and deny an American citizen their right to a hearing, whether it's for something as minor as a parking ticket to as major as murder.

It’s also why we have:

(1) Diplomatic Immunity – not because their diplomats are so charming, but because we want to protect our own overseas from reprisal (political or otherwise) such as arrests, imprisonment, torture, and "death in custody";


NOTE:  This is also why the case of Jamal Khashoggi was/is important.  A United States resident, brutally murdered by a Saudi Arabian hit squad in the Saudi embassy in Turkey.  So far the main objections to pursuing this from our current administration is money.  As the TV Evangelist Pat Robertson said, "You’ve got $100 billion worth of arms sales...we cannot alienate our biggest player in the Middle East.”  (Citation)

NOTE 2:  The arms deal is so far only "letters of intent," and a suspiciously timed 100 million dollar payment - not for arms, but "to support U.S. stabilization efforts in northeastern Syria."  Granted, the price has gone up from 30 pieces of silver, but I still object.

NOTE 3:  And Khashoggi's murder isn't about a journalist, per se. It's about the fact that Saudi Arabia felt free to kill someone in their embassy on foreign soil, in the same way that Russia felt free to kill at least six people on British soil, and both countries are getting away with it.  Murder is murder.  And when it's allowed to happen without consequences - Well, we're going to see more of them. And they will happen here. What will we do when Americans are killed on American soil with nerve agents like A-234 or radioactive polonium? 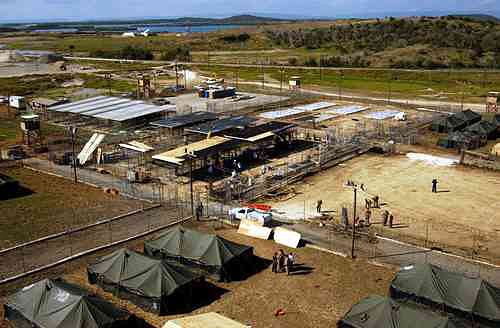 Guantanamo Bay, where the imprisonment of "unlawful enemy combatants" is currently ongoing (40 prisoners are still there, having been imprisoned for 16 years and counting), without trial for years, subject to extraordinary rendition (i.e., transfer to a cooperative foreign country for enhanced interrogation, i.e., torture) - and with no exit in sight for those who remain.  Simply put, precedent is a dangerous thing:  again, some day captured American soldiers and civilians may find themselves on foreign soil in similar prisons.

Humans have worked hard for years, decades, centuries, to create a world in which the weak are protected from the strong, where might does not automatically make right, and where we live under the rule of law.  Where democracies make it possible for everyone to have a say as to how they are governed.  Where civil and human rights are granted to everyone (because otherwise, there are no rights, just privilege, and capricious privilege at that).  Where peace is pursued on a national and international basis.

But maybe it's been too long since World War 1 and World War 2.  Because apparently there's a strong temptation, these days, to Dehiscence.  Deconstruction.  Destruction.

Things fall apart; the centre cannot hold;
Mere anarchy is loosed upon the world,
The blood-dimmed tide is loosed, and everywhere
The ceremony of innocence is drowned;
The best lack all conviction, while the worst
Are full of passionate intensity....
- W. B. Yeats, first stanza of "The Second Coming" 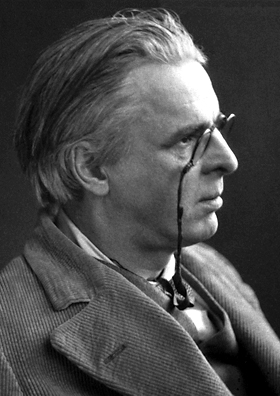 In other words, every man for himself.  But it's not true.  John Donne had a better take, from a time that was no more war-ridden, and much more plague-ridden, short-lived, and less comfortable than ours:
"No man is an island, entire of itself;
every man is a piece of the continent, a part of the main.
If a clod be washed away by the sea,
Europe is the less, as well as if a promontory were,
as well as if a manor of thy friend's or of thine own were:
any man's death diminishes me, because I am involved in mankind,
and therefore never send to know for whom the bell tolls; it tolls for thee."
John Donne Meditation XVII

And the best take of all is from 750 BC, from a time of civil war, evil kings, obscene wealth in the midst overwhelming poverty, and a terrible need for social justice:

NOTE:  For those who are wondering what I'm doing with 2 blog posts in a row, I'm filling in for my old pal Brian Thornton, who's sick with the crud.  GET WELL SOON, BRIAN!!!
Posted by Eve Fisher at 00:01