Back when I started reading grown-up mysteries like Ed McBain and Rex Stout, their books weren't much longer than the Hardy Boys books I'd recently left behind. If I pick up one of those books now, they feel very linear. We go from point A to point B, C, D and so on and eventually we can predict the next bead on the string. Maybe that's why some of the heroes of mystery who started in pulp could churn them out so quickly. Even if they offered surprises along the way, they built the stories on one logical progression.

Today's stories, especially bestsellers and blockbuster thrillers, are much longer, and new writers often complain to me that they can't come up with enough events to go on that long.

Subplots spread the workload among characters and help with pacing by changing the point of view. They can help you hide information, too. One character discovers something, but he can't tell someone else right away. This builds tension because the reader knows something the Good Guy doesn't. 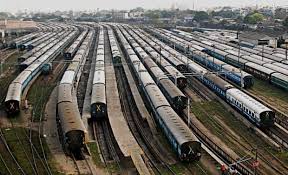 Subplots work best if they connect to the main theme of your novel. That helps you create a unified story instead of a bunch of different strands the don't have much to do with each other. Random stuff risks ending up like Boccaccio's Decameron, a hundred stories you can put in any order and they won't affect anything else.

In The Whammer Jammers, I focused on subplots because all my research on roller derby (My daughter 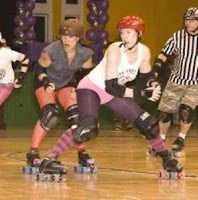 was Captain of the Queen City Cherry Bombs in New Hampshire) showed me there was more to the sport than chicks on wheels. When I started my interviews, I had no plot idea, but talking with a squadron of intelligent, funny, and very together women inspired several characters who demanded stage time.

The main plot follows Tracy "Trash" Hendrix, suspended from the Hartford Police Department after shooting a suspect. He's hired to do security for a roller derby team. He didn't even know the sport still existed (I didn't either), but he admires the women's supporting each other to do more and better. That came from my research, where several women told me they were more self-confident and assertive at work because of the encouragement and affirmations they gained from hanging with strong friends. 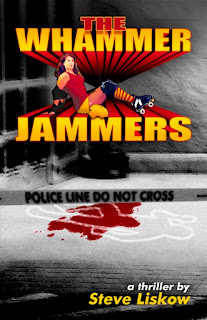 My subplots all involve female empowerment. Annie Rogers, AKA "Annabelle Lector," is trying to break up with an abusive boyfriend, and two other skaters, divorce lawyer "Roxie Heartless" and social worker "Tina G. Wasteland," help her file a restraining order to break the cycle of abuse. Danny Keogh, a local contractor, sponsors the team and helps organize a fund-raiser for a local women's shelter. He's also romancing a skater who works at a bank. Bad guys plan to stage a riot at the derby event to distract police while they rob that same bank. Even though the separate threads involve different characters, they have a common denominator and resolve together at the end of the book.

Who Wrote the Book of Death? uses connected subplots, too. Zach Barnes agrees to protect Beth Shepard from death threats. He soon learns that Beth is the stand-in for a man who writes bodice-ripper romances under the pseudonym "Taliesyn Holroyd," and she appears at events because people expect a romance writer to be female. Both Beth and Barnes are recovering from trauma: Beth was raped in college and never reported it, and Barnes was a police officer whose pregnant wife died in his arms after a traffic accident. 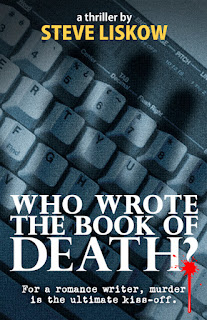 He started drinking and lost his badge. Beth and the male writer bring up identity issues, and the stalker targeting Beth seems to use disguises, too. Barnes and Beth become lovers, as do Svetlana (Barnes's associate) and Jim Leslie, the real writer.

Seriously, plotting takes me a long time because I try to work subplots with supporting characters into the mix, but it deepens those characters. Now I carry certain issues along with each series. Zach and Beth have appeared in five books so far, and now they own a house together. Trash Hendrix and his partner Jimmy Byrne ("Trash & Byrne") now appear in two roller derby novels and are supporting characters in several Barnes books. They also appear in the fourth Chris "Woody" Guthrie novel. Woody and his companion Megan Traine are divorced 40-somethings who play music and are trying to find variations on their previous Bad Love Blues.

Some concerns recur as subplots in several of my stories. I don't know if that's because of my own personal peccadilloes or whether I hardwired them into the characters. Probably some of both.

How do you use subplots?
Posted by Steve Liskow at 00:01