(I planned to write today's blog post about the good time had-by all appearances by ALL-at the Left Coast Crime Conference in Reno a couple of weeks back-thereby following up on my previous post about how to get the most out of your crime fiction conference experience. I will write that post in two weeks. I am moved instead to write this week of the passing of one of my heroes.) 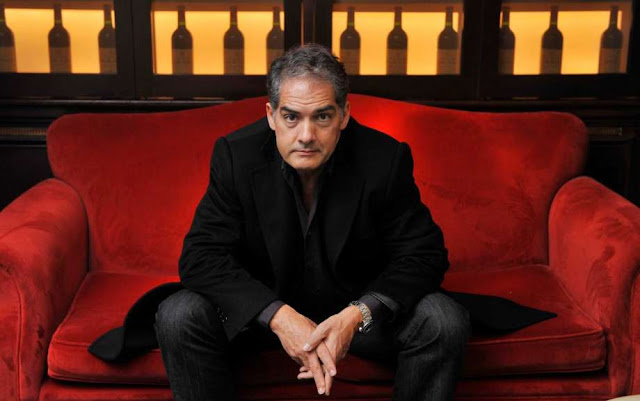 On Friday, March 23rd, I got the word from an old friend that a mutual old friend had died. Crime writer and freelance editor Jim Thomsen texted me that Phillip Kerr died of cancer that day, aged just 62.

I suppose that in the strictest sense Mr. Kerr and I were not actually friends. I never met him in

person. The closest I got was trying and failing to find him in the green room before the Edgars the year he was nominated in the Best Novel category for his book The Lady from Zagreb.

And yet, I do consider him a friend. In much the same way that one girl in the movie Ten Things I Hate About You says of William Shakespeare, "We're in a relationship," I think of Phillip Kerr as an unwitting mentor, whose works have both delighted and provoked me.

And more, they made me want to work harder at the craft, to whet the edge of my facility with the written word, to forge characters who breathed and sweated and threatened and quailed and laughed and hated and fairly jumped off the page.

Philip Ballantyne Kerr was, by most accounts, a study in contradictions. Scottish-born, but no lover of Scotland, the child of devout Baptist parents who, by his own admission knew early on in life that "Jesus and I weren't going to get along," and a man who trained as a lawyer, yet despised the notion of practicing law.

An outsider by temperament, Kerr was bullied by other kids in school–and even teachers–in part because of his dark complexion. He later poured these experiences, and the feelings of isolation which attended them, into his fiction.

The result, in part, was Bernie Gunther.

Kerr's most famous creation, Gunther was, like Kerr himself, a study in contradictions: a former kriminalinspektor on the Berlin police department's famed Murder Squad, Gunther was a decorated veteran of World War I who lost his first wife in the flu epidemic which came hard on the heels of that war. A cop whose career thrived during the Weimar Republic, and who resigned from the police soon after the Nazis swept into power in 1933.

And yet Gunther eventually finds himself coerced into working for the Nazis. The reason they tolerate him (even as they disparage him as a "Jew-loving Bolshevik," among other things) is because they need someone with Gunther's talents. As Kerr has none other than the villainous Reinhard Heydrich put it to Gunther: Nazis are good at cracking skulls and shooting people. Any thug can do that. But when you need a good detective...

It's an effective set-up. But what Philip Kerr wrote was so much more than superb historical crime fiction. Like all great literary stylists, he was able to move fiction into the realm of great art: not so much literature as a brilliant expression of the universality of the human condition. Kerr possessed a knack for helping his readers understand, even sympathize, with people whose experiences seemed on the surface so vastly different from those of the reader.

Kerr proved especially adept at channeling the zeitgeist of early 20th century Germany, painting a portrait of these people (many of them fictional doppelgängers of actual historical figures) which was by turns scathing and sympathetic, unblinking, hard-edged, and in the end, fair. And in his Gunther novels he would return again and again to one of the questions which has haunted the world in the years since Hitler shot himself in his Berlin bunker: Why did the German people allow Hitler and his gang of thugs to rise unchecked in the first place?

Kerr's narrator Gunther is a brooder, so he is the perfect vessel for this and other existential questions posed to and about the people and the time. In the prologue to Kerr's latest book, Greeks Bearing Gifts, Kerr has his protagonist attempt–not for the first time–to answer this question:

But how is one ever to explain what happened? It was a question I used to see in the eyes of some of the American guests at the Grand Hotel in Cap Ferrat where, until recently, I was a concierge, when they realized I was German: How was it possible that your people could murder so many others? Well, it's like this: When you walk through a big fish market you appreciate just how alien and various life can be; it's hard to imagine how some of the fantastic, sinister, slipper-looking creatures you see laid out on the slab could even exist, and sometimes when I contemplate my fellow man, I have much the same feeling.

Myself, I'm a bit like an oyster. Years ago–in January 1933, to be exact–a piece of grit got into my shell and started to rub me the wrong way. But if there is a pearl inside me I think it's probably a black one. Frankly, I did a few things during the war of which I feel less than proud. This is not unusual. That's what war's about. It makes all of us who take part in it feel like we're criminals and that we've done something bad. Apart from the real criminals, of course; no way has ever been invented to make them feel bad about anything. With one exception, perhaps: the hangman at Landsberg. When he's given the chance, he can provoke a crisis of conscience in almost anyone.

The question haunts Gunther throughout the series, and since Kerr mastered the art of the non-linear plot thread beginning with 2011's Field Gray, he was able to revisit this central theme of his Gunther novels in a variety of inventive ways.

Kerr was a prolific writer by any stretch of the imagination. He wrote other series (including a recent triad of thrillers centered around a soccer team–soccer apparently being his favorite sport), a variety of standalone thrillers, even an acclaimed series of children's books!

I confess I haven't read any of the non-Gunther books yet. Now, unfortunately, it seems I'll have an opportunity to catch up on the rest of this remarkable writer's canon. And I have been looking forward to delving into his series of children's books with my son once he's old enough (they're middle reader books, a la Harry Potter, and my son is five, so I've got some time).

With this entry I have done my best to pay homage to a powerful artist whose work has had a galvanizing effect on my own. As with trying to capture the essence of all wondrous things, the effort strikes me as a bit like trying to describe an eclipse to a blind man: you're doomed to only do justice to one half of the experience.

All that said, my life is the richer for having known Philip Kerr in the context of his fiction. And isn't that really all we can ask of great art?

Thanks, Philip. And may you rest in peace, my friend.
Posted by DoolinDalton at 03:27

I most identify Kerr with The Shot. The novel gave me mixed feelings. The plethora of 1960s products mentioned sometimes make it sound like a catalogue with a plot. But it's a fine plot, a damn good one, and it educates, like a teacher, a mentor, someone older, much older.

He was an enormously evocative writer, and with the lightest of touches. Bernie is of course a device, but his sardonic voice seems terrifically genuine. Thanks for a very sweet-tempered and kind-hearted send-off, Brian. Philip Kerr leaves a big hole.

A fine tribute to a good writer.

Well said. He will be sorely missed.

Great tribute. I really enjoy his Bernie Gunther series, because the truth is, I've spent my life looking around at humanity and ask the same questions Gunther asks. How can we keep doing this to each other? How did this (whatever THIS is) happen? Why do we keep doing this stuff? Will we ever learn? So I identify with Gunther, because I know what bad things good people are capable of doing when their survival (mental or physical) is on the line. I'll miss reading new ones, but I'll keep reading the old ones.

Brian, well written. Maybe when I reach my expiration date, you'll be the one to write a piece about me.